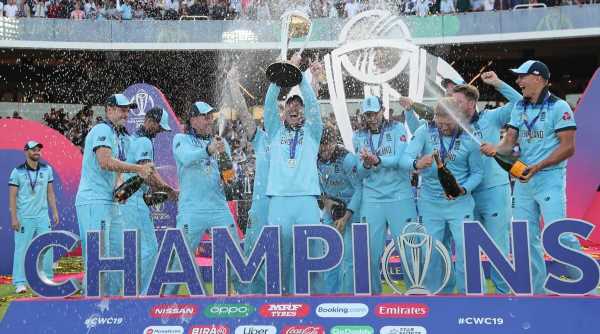 While the title triumph in 2019 came as a huge boost and relief to English cricket, Eoin Morgan felt it was the four-year-long journey and the memories around it that would remain special for him. England skipper Eoin Morgan has described the 2019 World Cup final as the “most dramatic game of cricket” he has been part of.

It was on this day two years ago, England became the ODI world champions for the first time, pipping New Zealand on boundary count rule after Super Over failed to separate the two sides following a tie.

Reminiscing the journey on the second anniversary of of their victory, Morgan said, “The final was the most dramatic game of cricket and also the best game of cricket that has ever been played, which contributes to the hype of it.

“The game was so tight, right till the end as tight a game as you’ll ever play. It has also lifted the profile of the game like we have never seen,” the Kolkata Knight Riders skipper said in a video posted by his IPL franchise.

It was only in 2015 World Cup in Australia, the Morgan-led side had hit rock-bottom losing to Bangladesh by 15 runs to be eliminated in the group stages for the third time in five World Cups.

“In 2007, 2011 and 2015, we were badly hurt. We were unprepared, way behind in a way everybody else was playing the game, in particular 2015. We were hammered up and down in New Zealand and Australia, we struggled in pretty much every game.

“But I think if that was an Ashes series in 2007, 2011 and 2015, our preparation and strategy would have been on point. So, the potential was always there but the focus wasn’t,” Morgan said.

While the title triumph in 2019 came as a huge boost and relief to English cricket, Morgan felt it was the four-year-long journey and the memories around it that would remain special for him.