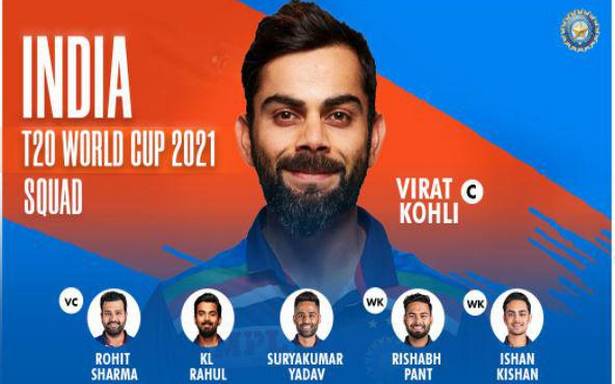 Prime Minister Narendra Modi on Wednesday said the Cabinet’s approval to increase the Minimum Support Prices (MSP) for Rabi crops will ensure maximum remunerative price for farmers and also encourage them to sow a wide variety of crops.

Farmer unions to strengthen sit-in in Karnal as talks fail

Leaders of the Samyukt Kisan Morcha, a conglomerate of hundreds of farmer unions leading protests against the three farm laws, on Wednesday announced their intention to strengthen the sit-in agitation outside the mini-secretariat in Karnal after another round of talks between the farmer leaders and the district administration failed to break the deadlock.

India and Russia conducted their first “detailed and extensive review” of the situation in Afghanistan, agreeing to coordinate their positions at the United Nations as a delegation led by Russia’s Security Council Secretary General Nikolay Patrushev met National Security Advisor Ajit Doval in Delhi, officials said.

Former president Ashraf Ghani, who fled the country last month as the Taliban entered Kabul, apologised Wednesday to the Afghan people, because "I could not make it end differently".

U.S. acting ambassador Atul Keshap met with RSS chief Mohan Bhagwat on Wednesday, in a meeting considered significant as it comes days ahead of Prime Minister Narendra Modi’s visit this month to America, where he is expected to hold his first bilateral meeting with President Joseph Biden and attend the Quad summit.

Here is a look at India’s T20 World Cup squad that was announced by the BCCI on Wednesday. India had won the inaugural edition in 2007 in South Africa under Mahendra Singh Dhoni, who has been roped in as mentor for the upcoming event starting October 17 in the UAE and Oman.

West Bengal Chief Minister and Trinamool Congress (TMC) chairperson Mamata Banerjee on Wednesday began her campaign for the Bhabanipur bypoll by addressing a meeting of party supporters in the constituency. She targeted the BJP for allegedly indulging in political vendetta.

MS Dhoni back in the India dugout

M.S. Dhoni will return to India’s dressing room for the first time since the 2019 World Cup semifinal. Not as a cricketer, but the most successful India captain in limited-overs’ format will take over the mantle as Team Mentor for India’s T20 World Cup campaign.

The Central government on Wednesday entered into a one-year ceasefire agreement with the National Socialist Council of Nagaland (K) Niki Group. More than 200 cadres of the outfit, with 83 weapons, have joined the peace process.

The Supreme Court Collegium, led by Chief Justice of India (CJI) N.V. Ramana, has approved the names of 10 additional judges of the Karnataka High Court and two from the Kerala High Court for appointment as permanent judges of these courts.