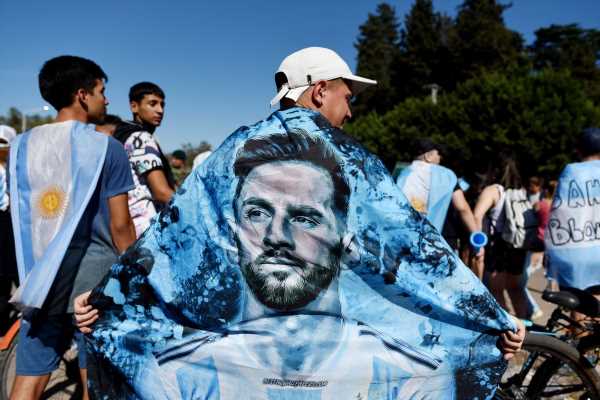 Argentina’s World Cup-winning captain Lionel Messi has been invited to “eternalize” his mark at Brazil’s famous Maracana by leaving his footprints in the iconic stadium’s Hall of Fame, the Rio de Janeiro State Sports Superintendence has said.

After Argentina won the World Cup by beating France 4-2 on penalties in a heart-stopping final on Sunday, the public body which runs the stadium repeated the invitation to Messi, first made when the ‘Albiceleste’ won the Copa America in 2021.

“Messi has already demonstrated his importance on and off the pitch. He is a player who has been at the highest level in the history of football for years,” said the president of the superintendence, Adriano Santos, in a letter sent to Argentina captain Messi via the Argentine FA (AFA).

“And nothing could be more fitting than for the Maracana to also pay tribute to him. After all, Messi is a genius with the ball,” he added.

The historic Maracana stadium has hosted two World Cup finals, in 1950 and 2014, and saw Messi and his squad become 2021 Copa America champions by beating Brazil 1-0.

Messi’s footprints on the Maracana’s Walk of Fame would stand alongside Brazil greats such as Pele, Garrincha, Rivelino and Ronaldo plus other world-famous players including Chile’s Elias Figueroa, Serbia’s Dejan Petkovic, Portugal’s Eusebio, Uruguay’s Sebastian Abreu and Germany’s Franz Beckenbauer.