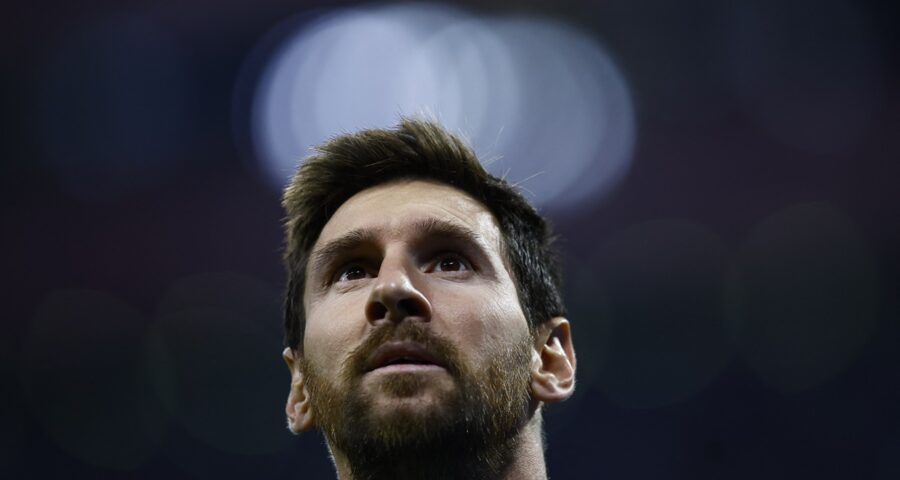 Lionel Messi’s early goal earned Paris St Germain a 1-0 win at Olympique Lyonnais on Sunday as they opened a two-point lead at the top of Ligue 1.

Messi found the back of the net with his fourth league goal of the season in the fifth minute to put Christophe Galtier’s side on 22 points from eight games.

Olympique de Marseille are second after being held to a 1-1 home draw by Stade Rennais earlier on Sunday.

Lyon, who have now lost their last three matches, are sixth on 13 points.

PSG have won nine and drawn one of their 10 games in all competitions and while they have shown less brilliance lately, they were still a cut above at the Groupama Stadium.

The performance, however, was not enough for PSG midfielder Vitinha, who believed they should have put the match to bed.

“I’m satisfied with the result but not with the performance. We could have played better. There’s a lot of room for improvement,” the Portuguese said.

“We should have controlled the match better in the second half and we should have had more chances with the possession we had.”

It was a dream start for PSG, who went ahead from their first opportunity with Messi beating Anthony Lopes from just inside the area after collecting Neymar’s pass.

The Argentine had another chance early in the second half but Lopes this time pulled off a superb save to keep his team in contention.

Lyon had their best chance in the 76th but Marquinhos blocked Moussa Dembele’s header on the goal line.

Neymar and Messi had two more opportunities for PSG, only for Lopes to deny them, but the hosts were never able to threaten again.

The midfielder scored both goals, but the opener was into his own net. Second-placed Marseille have 20 points from eight games.

Lens are fourth on 18 points after a 0-0 draw at Nantes that left them unbeaten this season but without a win at La Beaujoire in their last nine visits.

Marseille fell behind in the 25th minute when Guendouzi deflected Hamari Traore’s cross into his own net.

The France international, however, made up for his mistake seven minutes into the second half by heading home from Jordan Veretout’s corner.

Elsewhere, Jean-Clair Todibo was sent off after nine seconds as Nice slumped to a 1-0 defeat to Angers and Monaco moved up to fifth on 14 points with a 3-0 victory at Stade de Reims. A clinical Real Madrid extended their perfect start to the LaLiga season when they beat city rivals Atletico 2-1 at the Metropolitano on Sunday.

Despite being second best for large periods of the first half, Carlo Ancelotti’s side were ruthless in front of goal as strikes from Rodrygo and Federico Valverde put them in a commanding position. Mario Hermoso pulled a goal back for the hosts late on but they were unable to find an equaliser.

Victory means Real return to the top of the LaLiga table on 18 points from six games, two ahead of Barcelona in second. Atletico are seventh, eight points behind their neighbours.

“We managed to double our lead and then defend really well. Our gameplan was to be solid at the back and to play direct with the ball between the lines.

“That’s how we scored and we knew once we’d got 2-0 up that defending would be enough to get us over the line.”

The match, however, was marred by Atletico fans chanting racist abuse at Real’s Brazilian forward Vinicius Jr outside their Metropolitano Stadium ahead of the derby.

Diego Simeone’s side started brightly and went close through defender Felipe and Yannick Carrasco but found themselves behind when Rodrygo emphatically finished the visitors’ first attempt on target on 18 minutes.

It was a goal largely out of nothing, with Aurelien Tchouameni’s pass over the top catching the home side’s defence cold and allowing the Brazilian to fire home on the half-volley.

Antoine Griezmann forced a save from Real keeper Thibaut Courtois as the hosts looked to bounce back, but Madrid doubled their lead with their next effort on goal when Valverde fired in from close range after Vinicius’s shot had rebounded off the post.

Atletico set up a grandstand finish through substitute Hermoso’s header seven minutes from time following a rare mistake from Courtois who misjudged a cross, before the defender was sent off for a second bookable offence in injury time and Real held on to take the points.