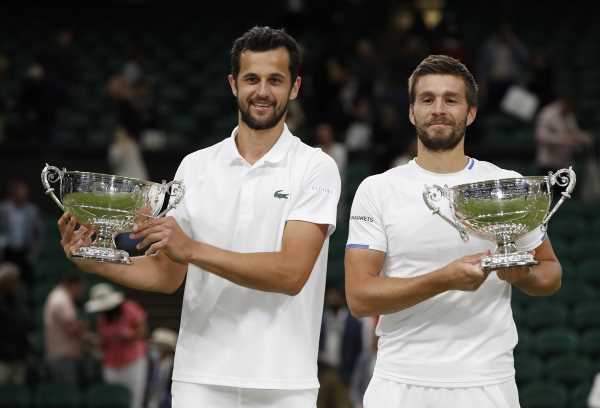 On their second championship point, Mektic and Pavic made three unsuccessful attempts to smash the ball away for a winner before a running forehand long from the Spanish-Argentine duo handed the Croatians victory on a floodlit Centre Court.

Twenty years after Goran Ivanisevic hoisted the Challenge Cup at the All England Club after winning the men’s title in a rain-delayed Monday final, his compatriots claimed the doubles trophy at the grasscourt major.

“That ball falling long in the last point was the best feeling of my life,” Mektic, who was contesting his first major final with Pavic, said with a laugh.

“The last three matches we played were the best of my life.”

An emotional Pavic, with his voice quivering, added: “This is something special.

“We all grew up with Goran, it’s been 20 years now since he won that Monday final, and this is the first time since Croatia is winning another trophy here. I know it’s doubles but still it’s Wimbledon. I am super happy.”

It was a third men’s doubles title for Pavic, who had previously triumphed at 2018 Australian Open and 2020 U.S. Open with different partners.