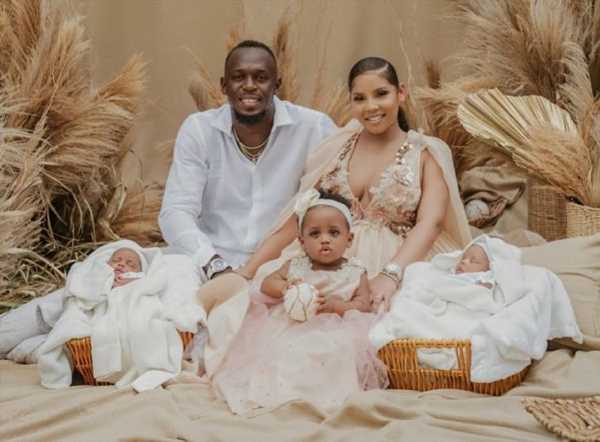 On Father’s Day, the fastest man alive announced that partner Kasi Bennett and he have twin boys.

‘You are the rock of this family and the greatest daddy to our little ones,’ Bennett posted on Instagram.

Saint Leo is a nod to the legendary sprinter’s middle name.

You get Thunder Bolt, don’t you? If you don’t, do e-mail Usain in Kingston, Jamaica, or ask Thor/Loki.