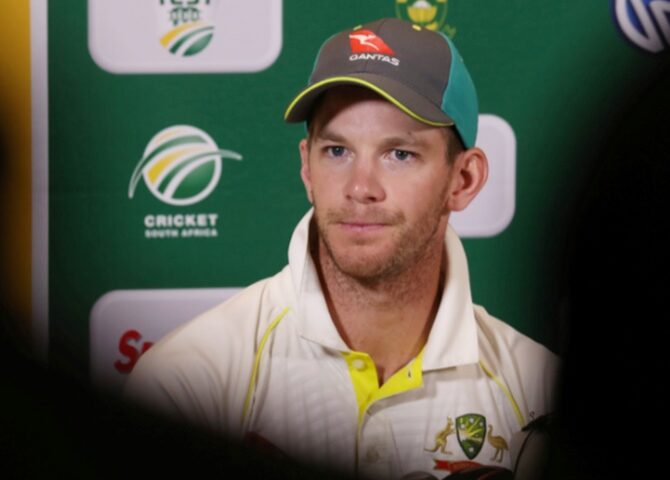 Cricket Australia’s decision not to reveal an investigation into Tim Paine by the sport’s national integrity unit has been criticised by commentators following the former Test captain’s resignation on Friday.

Paine quit the post less than three weeks ahead of the start of the Ashes series against England after admitting he had been investigated over messages he sent to a former Cricket Tasmania female staffer in 2017, prior to taking over the captaincy.

“By making the decision not to bring the issue to the public eye…the leadership of the day showed a preference for brand management, as opposed to the real and lasting cultural change that was promised by CA after Newlands,” Daniel Brettig wrote in the Sydney Morning Herald.

The wicketkeeper had been cleared of wrongdoing in the 2017 inquiry and was seen as a safe choice when he was appointed to replace Steve Smith in the aftermath of the ball-tampering scandal involving his predecessor in South Africa in 2018.

But Paine stood down after Melbourne’s Herald Sun newspaper published alleged text message exchanges between him and an ex-Cricket Tasmania employee, claiming the co-worker had complained that he had sent an unsolicited picture of his genitals.

Cricket authorities have rallied around Paine, revealing that the woman complained to them only after she was charged with theft in the wake of resigning from her job.

Paine’s “interaction” with the woman was “consensual, private, occurred on the one occasion only … and was not repeated,” Cricket Tasmania said.

“Paine’s embarrassment is, obviously, acute; so will be that of his family, on Friday unseen, but, no doubt, privately suffering,” wrote The Australian‘s senior cricket writer Gideon Haigh.

“Yet CA’s board has effectively chosen to add to their mortification, because to do otherwise is to endanger its corporate reputation — the reputation Paine helped hugely to rebuild.”

“The fortunate thing is that in Pat Cummins, they have an excellent candidate, ready to go,” Chappell wrote in the Sydney Morning Herald.

“Like Paine before him, Cummins will be required to not merely lead the team but again rebuild faith in the role and Australian cricket.”

Chairman Richard Freudenstein on Saturday admitted Cricket Australia erred in not relieving Tim Paine of the Test captaincy when the initial investigation into his action of sending explicit messages to a female co-worker took place.

The 36-year-old stepped down as Australia’s Test skipper on Friday after it emerged that he had sent unsolicited explicit image of himself along with a string of lewd messages to a female co-worker in 2017, months before he was made captain.

“I can’t talk about the 2018 decision, I wasn’t there. But I am saying based on the facts as they are today the board of Cricket Australia would not have made that decision,” Freudenstein said in a joint press conference with with CA CEO Nick Hockley.

“I acknowledge the decision clearly sent the wrong message that this behaviour is acceptable and without serious consequences. The role of Australian cricket captain must be held to the highest standards,” he added.

The stumper was promoted as captain of the Test team following the ball-tampering scandal in South Africa in 2018.

A Cricket Australia investigation at the time had concluded that Paine had not breached CA’s code of conduct and was free to continue in the captain’s role.

“The code of conduct is (now) appropriate, it’s important to note a lot of things have changed since the time,” Freudenstein said.

“There’s programs in place that address things like sexting since the 2018 season. We have undertaken a full review of the sexual harassment education.”

Reports claimed a Cricket Tasmania employee was offended by “Mr Paine’s sexually explicit, unwelcome and unsolicited photograph of his genitals in addition to the graphic sexual comments.”

Addressing the media on Friday Paine had apologised for his actions.

“Although exonerated I deeply regretted in incident at a time and I do so today. I spoke to my wife and family at a time and enormously grateful for their forgiveness and support.”

He will continue to be a part of the Australian team.

Australia are slated to take on England in the first Ashes Test in Brisbane on December 8.

Paine, who had gone under the knife to fix a bulging disc in his neck in September, has been included in the squad despite an injury cloud.