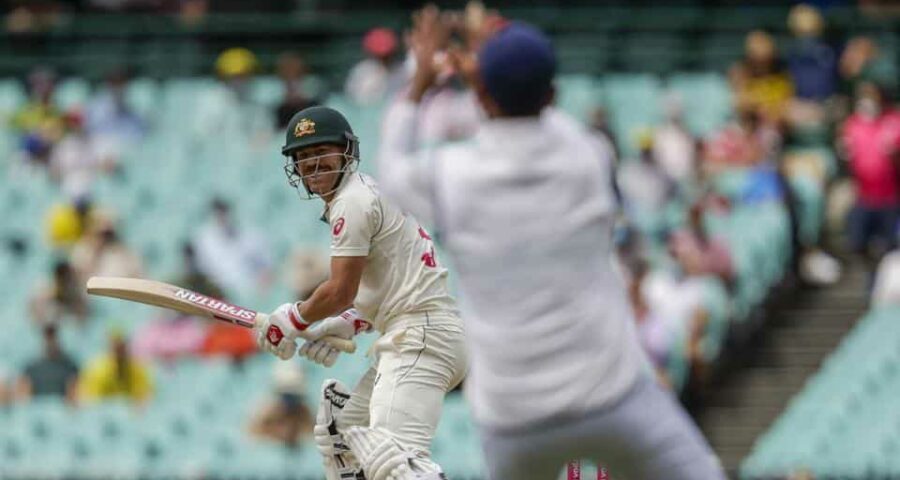 Former Australia players were skeptical of David Warner’s return to Australia’s Playing XI, with the legendary Mark Waugh not impressed with the way the Aussie opener got out. Warner returned to the Playing XI despite not being 100 percent fit and could last only eight balls as he was dismissed for 5 by Mohammed Siraj, out caught at first slip. Warner did not look at ease and even appeared grimacing in pain on a couple of occasions.

Waugh reflected on Warner’s dismissal and appeared unimpressed with the shot that got him out. “That’s just a loose shot,” Waugh said on Fox Cricket. “That’s not a shot you want to be playing in the first 20 minutes of a Test match. You’re driving on the up, it’s not there to drive and it’s wide as well and you’re throwing your hands at it.”

“Even if his groin was okay, he would have had to take an almighty step to get even close to that delivery. Just an impatient shot really and maybe trying to get runs on the board quickly.”

Michael Hussey, another former Australia batsman looked concerned by Warner’s body language, saying judging the manner in which he was running, it doesn’t look too promising. “He was running through, he’s certainly labouring a little bit and it’s not the David Warner we are used to seeing. He certainly is not even close to 100 per cent fit. It’s not a great sign,” Hussey said.

Warner injured his hamstring while fielding during the second ODI against India and was ruled out of the subsequent T20Is and the first two Tests. With Australia losing the MCG Test and their batting order coming under scrutiny, the team decided to include Warner despite being far from a 100 percent.