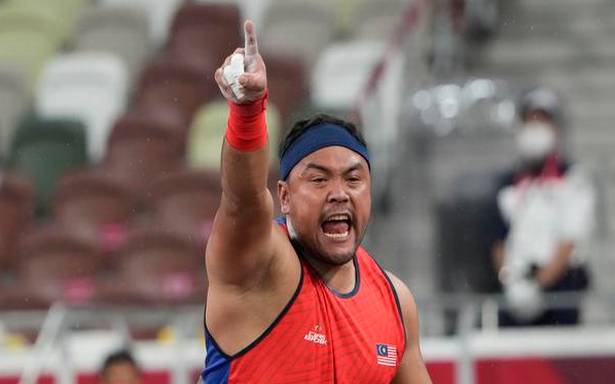 International Paralympic Committee spokesman Craig Spence said Zolkefli and two others — who did not reach the podium — were allowed to compete under protest after they failed to appear on time for the event.

A controversy over victory and defeat in the Paralymic Games: Malaysian shot putter Muhammad Ziyad Zolkefli appeared to have won gold in the shot put in the F20 class. But after the victory on Tuesday, he was disqualified because he had shown up late for the competition.

International Paralympic Committee spokesman Craig Spence said Zolkefli and two others — who did not reach the podium — were allowed to compete under protest after they failed to appear on time for the event.

“They were late, they may have had a logical reason for being late, and therefore we allowed them to compete and look at the facts of the matter afterward," Mr. Spence said.

A statement from World Para Athletics, which governs track and field for Para sports, said a referee had determined after the event that “there was no justifiable reason for the athletes’ failure to report” on time. It said an appeal was also turned down.

Mr. Spence said the disqualification was met with anger on social media. He described it as “very abusive.” Much of it targeted the Ukrainians.

“We are now seeing comments on all our social media posts that have nothing to do with the men’s shot put F20 event,” Mr. Spence said. He said the Ukrainian Paralympic Committee “was getting a lot of abuse from Malaysians.”

“I’m sorry. Rules are rules,” Mr. Spence affirmed. "The decision was taken. It wasn’t the Ukrainians fault that the Malaysian was late.”

Mr. Spence said the three had arrived three minutes late. He said he did not see this as a harsh penalty. “Others get there five minutes early,” he said.

Mr. Spence said an excuse given was that the Malaysian and the two others said they “didn’t hear the announcement or it was in a language” they did not understand.

The F20 class in shot put is far athletes with an intellectual disabilities.

Early in 2019, the IPC stripped Malaysia of the World Para Swimming Championships for being unwilling to guarantee that Israeli athletes could compete.

Mr. Spence said the reaction then was similar.

“The level of abuse that was directed at the IPC then was through the roof,” Mr. Spence said.