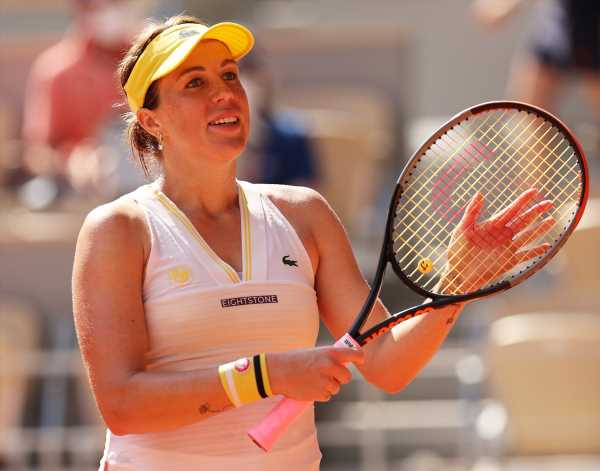 When Anastasia Pavlyuchenkova won the Australian Open junior title in 2006, aged 14, it looked as though it would not be long before she would emulate the likes of Maria Sharapova and Svetlana Kuznetsova and start winning Grand Slams.

On Thursday, she finally reached a Grand Slam final in her 52nd appearance, beating Slovenia’s Tamara Zidansek in straight sets to move to within one win of French Open glory.

No other woman has taken so many attempts to reach a Grand Slam final, the previous highest number being the 44 it took Italian Roberta Vinci before she reached the 2015 U.S. Open final.

That is not to say the 29-year-old Pavlyuchenkova’s career has been a let-down, after all she has 12 WTA titles to her name and has banked more than $10 million in prize money.

But until this year’s French Open her ceiling in majors had been six quarter-final runs, the first at the 2011 French Open when she led Francesca Schiavone by a set and 4-1 but lost.

Asked what her 14-year-old self would have made of it, Pavlyuchenkova said: “What would she have said? What took you so long? It’s tough to really talk about it right now.

“It’s been a long road. I had my own long special road. Everybody has different ways. I don’t know. I’m just happy I’m in the final.”

Pavlyuchenkova, ranked 32 in the world, showed all that experience on Thursday to fight off 85th-ranked Zidansek.

With all the biggest names having bowed out and 17th seed Maria Sakkari of Greece or the unseeded Czech Barbora Krejcikova waiting in Saturday’s final, Pavlyuchenkova may never have a better chance to join the Grand Slam winners’ club.

And it has all been a little unexpected.

“I definitely didn’t expect this year being in the final. I guess you can’t expect those things,” the Samara-born right-hander whose grandmother played basketball for the Soviet Union, said. “I just said to myself, you know what, this year let’s do whatever it takes, anything you can do to improve your game.”

“Started working with a sports psychologist, everything. Just I wanted to give it a try so I have no regrets after.”