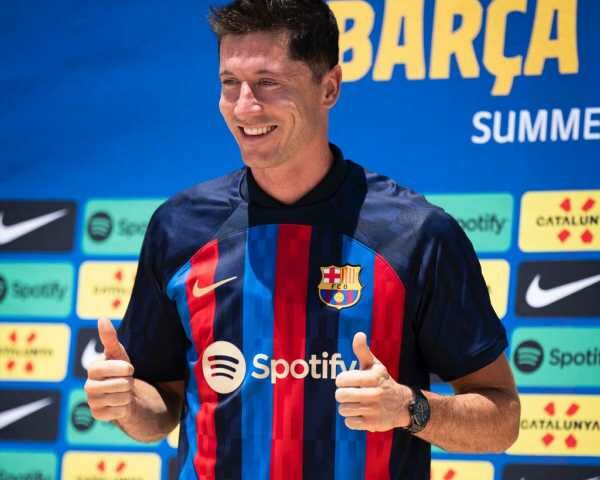 Barcelona signing Robert Lewandowski is relishing a new challenge after joining the Catalan club and the 33-year-old said he was ready to play in their upcoming pre-season game against rivals Real Madrid in the United States.

Poland striker Lewandowski was presented as a Barcelona player in Miami, Florida on Wednesday, a day after he joined them from Bundesliga champions Bayern Munich in a deal worth up to 50 million euros.

Barcelona are touring the US as part of their pre-season preparation and will face LaLiga champions Real on Saturday at the Allegiant Stadium in Las Vegas.

“I am very happy. It’s a new challenge for me as well because I know that in football, you have to be always hungry. And I stay hungry for my mentality and to win the games and score goals,” Lewandowski said.

Lewandowski, whose release clause has been set at 500 million euros by Barcelona, said he sees huge potential in his new team although he recognises they have work to do to get back to the top in Spain.

“I am ready to be part of this big club with amazing history,” he added.