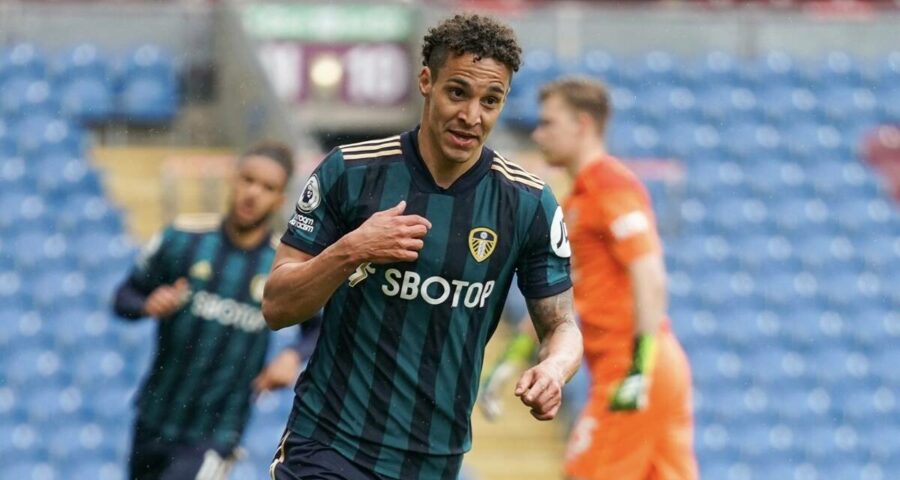 Leeds United substitute Rodrigo scored two late goals to give his team a four-point cushion over 11th-place Aston Villa, who play at Crystal Palace on Sunday. Leeds extended Burnley’s winless run at home to nine games with a 4-0 victory on Saturday that bolstered their bid for a top-10 finish in the Premier League.

Substitute Rodrigo scored two late goals to give Leeds a four-point cushion over 11th-place Aston Villa, which plays at Crystal Palace on Sunday.

Mateusz Klich finished a counterattack by curling in a shot shortly before halftime, and Jack Harrison doubled the lead at the hour mark by getting a touch to flick Ezgjan Alioski’s low shot into the net.

Burnley, which won 2-0 at Fulham on Monday to secure top-flight status for a sixth consecutive season, hasn’t won at Turf Moor since a 3-2 victory against Aston Villa on Jan. 27.

Leeds, back in the Premier League this season after a 16-year absence, is at Southampton on Tuesday.

Nathan Tella scored his first goal for Southampton in a 3-1 win over already-relegated Fulham in the Premier League on Saturday.

The midfielder came off the bench to net the second while Fulham’s consolation came from 18-year-old Fabio Carvalho scoring his first goal for the London club.

Southampton took the lead in the first half when Che Adams scored from a James Ward-Prowse free kick.

Tella slotted home a second moments after coming onto the field on the hour mark.

Just as Southampton looked to be cruising towards all three points Carvalho pulled one back for Fulham with a well-struck shot off the underside of the bar.

With Fulham’s fate already sealed for the season, boss Scott Parker decided to give some of the players who had not featured significantly this season a chance, including a maiden senior start for teenager Carvalho.

Southampton moved up to 13th place with two games remaining.