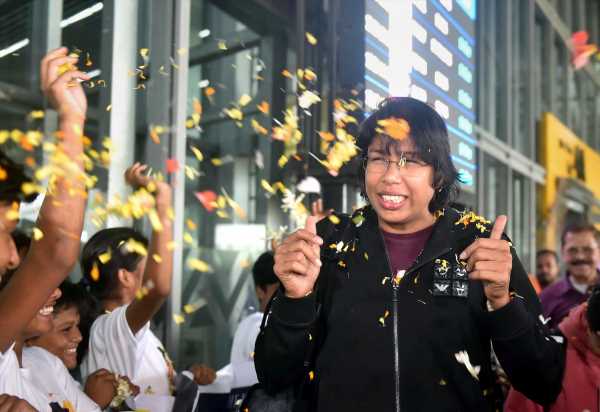 Legendary lady cricketer Jhulan Goswami got a rousing reception as she landed at at the Netaji Subhas Bose international airport in Kolkata on Monday.

A huge number of fans, including young cricketers from Bengal, gathered outside the airport to welcome the fast bowler who retired from international cricket following the three-match ODI series in England in which India secured a first-ever clean sweep. 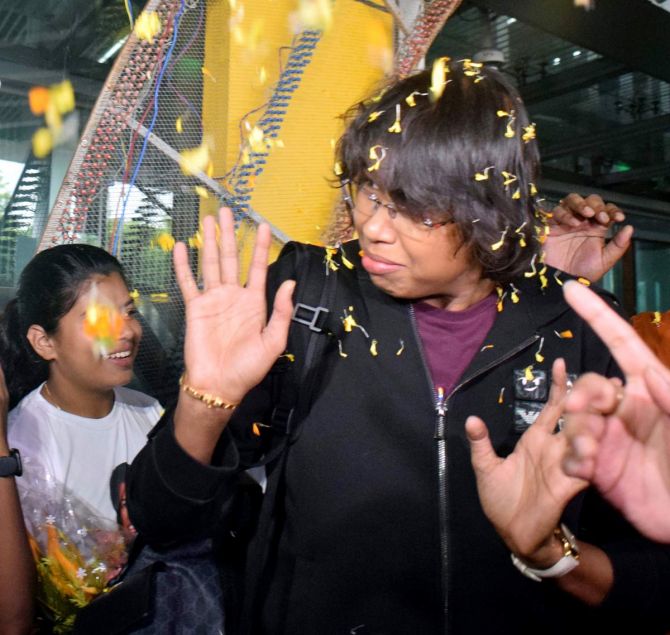 In an international career spanning over two decades — the second longest in women’s international cricket — Jhulan, who made her debut in 2002, represented India in 12 Tests, 204 ODIs and 68 T20Is.