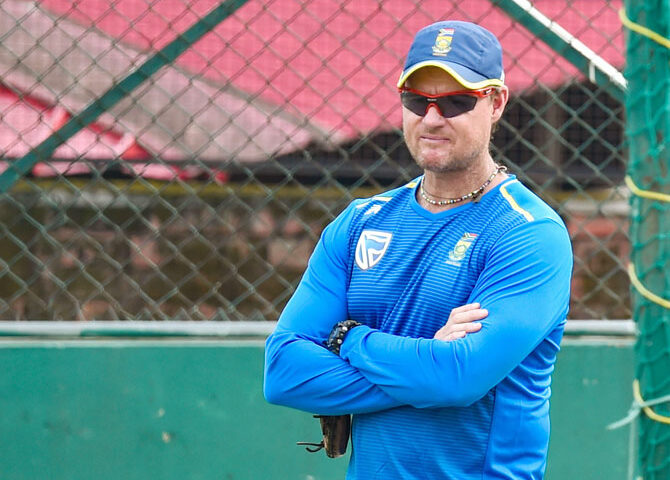 Afghanistan head coach Lance Klusener will leave at the end of his contract next month by mutual agreement, the country’s cricket board (ACB) announced on Tuesday.

The former South Africa all-rounder was appointed in September 2019 and led Afghanistan at this year’s Twenty20 World Cup, where they won two of five matches in the group stages.

The ACB said that it had mutually decided with Klusener not to extend his contract, which is due to expire on December 31.

“Afghanistan Cricket Board and the national cricket team have had the coaching services of Mr. Lance Klusener for more than two years; shared and will take away some exciting memories from his tenure,” the ACB said in a statement.

Under Klusener, Afghanistan won one of their three Test matches, three out of six one-day internationals and nine out of 14 T20 internationals.

“The ACB has launched the recruitment process for hiring a new head coach and is looking forward to having the services of another reasonable option to replace Lance Klusener as the head coach of Afghanistan for the upcoming events,” it added.

Cricket’s governing body, the ICC, has set up a working group to determine the future of the game in Afghanistan under the Taliban government.

Afghanistan’s remarkable rise in cricket in recent years has been the sport’s biggest fairytale story but the strife-torn nation risks international isolation following the country’s Taliban takeover in August.