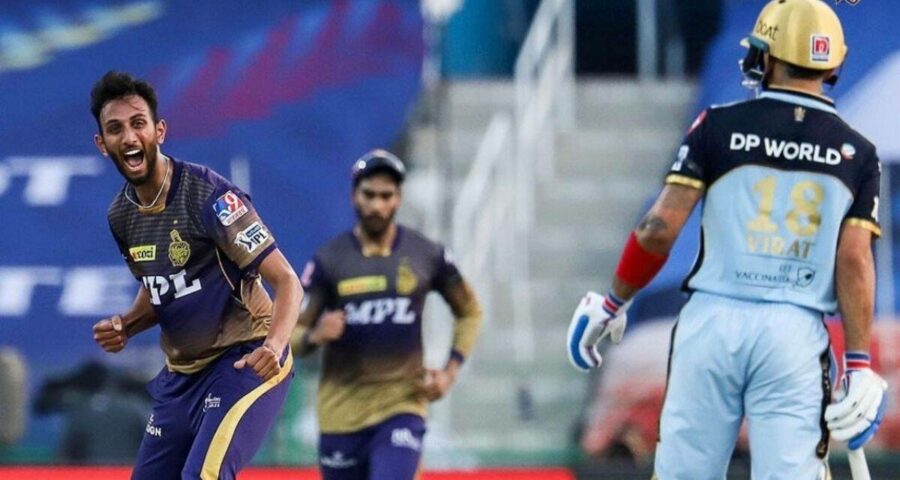 At Abu Dhabi, RCB was bowled out for under 100 for the sixth time in IPL cricket. Kolkata Knight Riders (KKR) beat the Royal Challengers Bangalore (RCB) in the 31st match of the Covid-interrupted IPL season on Monday by nine wickets. Electing to bat first, RCB made 92 in 19 overs while KKR chased down the score in just 10 overs. But other than these facts, there were a lot of interesting snippets which came out from the match.

Not only this but Kohli and KKR also have an intertwined history. In KKR’s first IPL game vs the RCB, way back in 2008, a young Kohli made his debut against them.

This was also KKR’s 200th IPL game as well as Kohli’s 200th IPL match, with the RCB skipper becoming the first player today to play 200 IPL matches for a franchise.

This result also meant that it was the sixth successive defeat for Bangalore in the UAE. Their first innings total of 92 was This was RCB’s sixth-lowest total in the history of IPL.

Also praiseworthy was the accuracy from the KKR bowlers as they did not concede a single six while bowling to RCB.