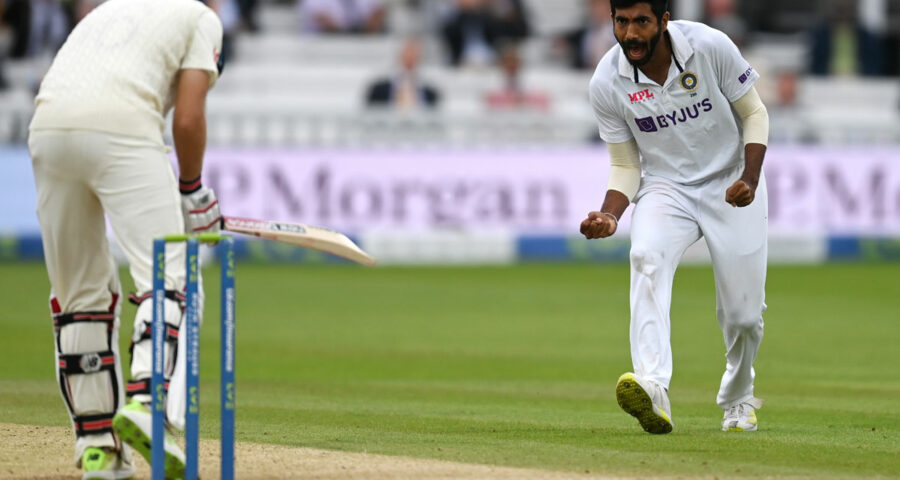 India’s pacemen produced a terrific display of swing bowling to crush England by 151 runs in the second Test at Lord’s on Monday, taking a 1-0 lead in the five-match series.

England were bowled out for 120 in pursuit of a target of 272 on the final day, succumbing to the steady pressure built up by the Indian bowlers.

Jasprit Bumrah (3/33) got India off to the perfect start by removing Rory Burns for a duck in the first over before Mohammed Shami (1/13) produced an unplayable out-swinger to get the better of fellow opener Dom Sibley, also for naught. Bumrah got the big wicket of the in-form Joe Root (33) soon after tea, the England skipper edging to opposite number Virat Kohli at first slip.

Jos Buttler, who was dropped on two by Kohli, briefly threatened to salvage a draw for the hosts but all hopes of such a result were extinguished by Mohammed Siraj (4/32), who accounted for both Buttler and James Anderson in the same over, handing India only their third-ever test win at Lord’s. 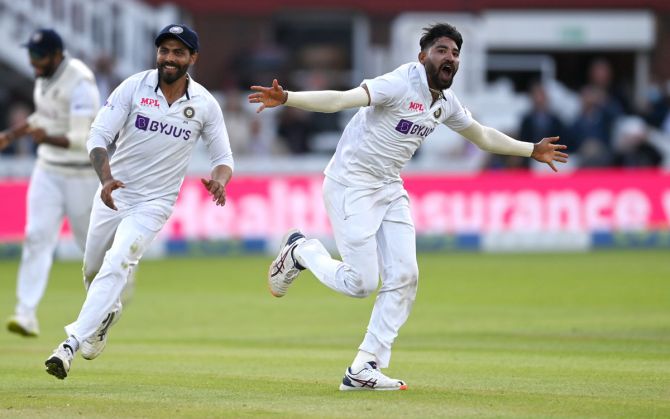 Earlier, India declared on 298/8 after Shami and Bumrah put on an unbeaten partnership of 89 for the ninth wicket.

Resuming on an overnight score of 181/6, India lost Rishabh Pant (22) and Ishant Sharma (16) early, both falling to Ollie Robinson before Shami (56 not out) and Bumrah (34 not out) thwarted the England attack with some gutsy strokeplay. 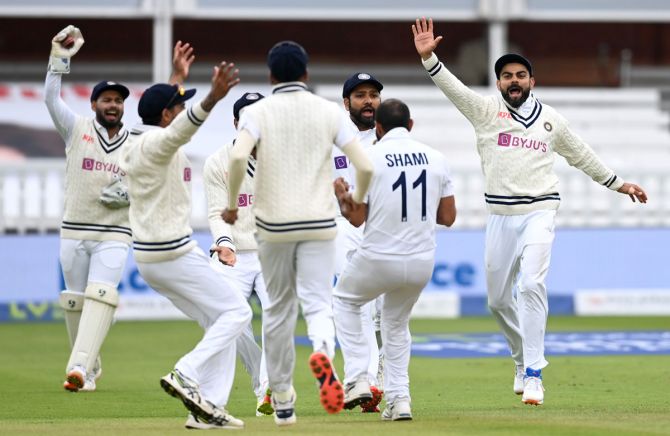 Shami was particularly impressive, taking 10 runs off one Moeen Ali over just before lunch, which included a huge six over mid-wicket to bring up his half-century.

Bumrah was peppered with short deliveries by the England pacers but displayed great application, taking advantage of a spread-out field that had ample singles to offer. 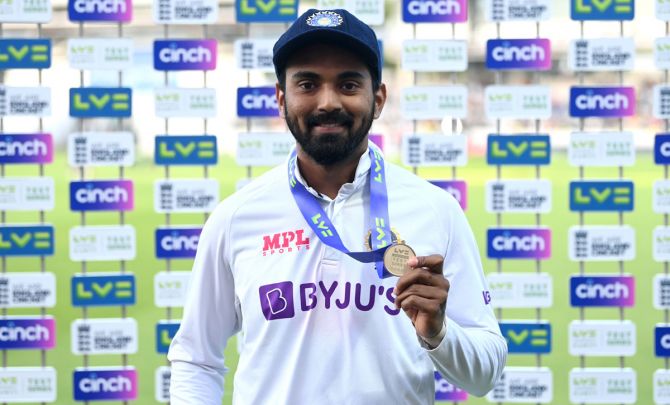 The England players cut a frustrated figure, with Mark Wood and Buttler getting into a verbal altercation with Bumrah over what seemed like a response to the Indian fast bowler’s barrage of bouncers aimed at Anderson at the end of day three.

The two sides face each other in the third Test at Headingley from August 25.