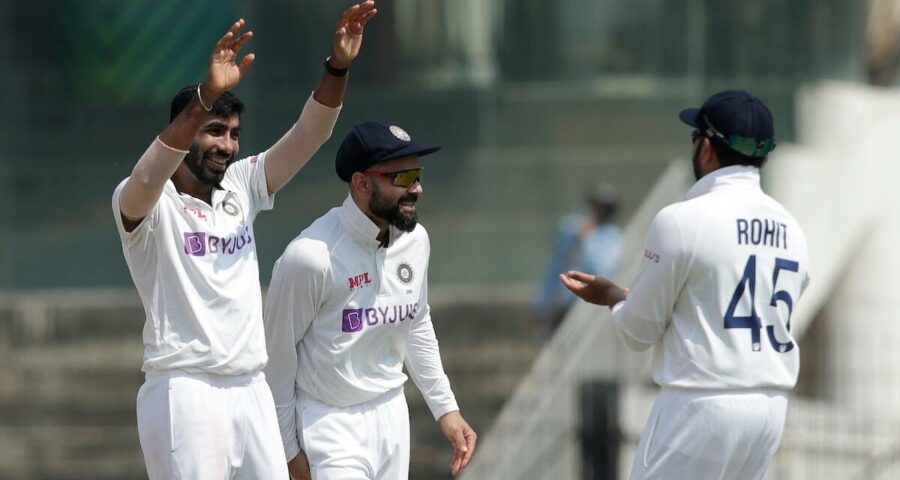 Bumrah, who held a career-high third position in September 2019, has improved 10 slots to grab the ninth place among bowlers after a match haul of nine for 110 in the Nottingham Test. 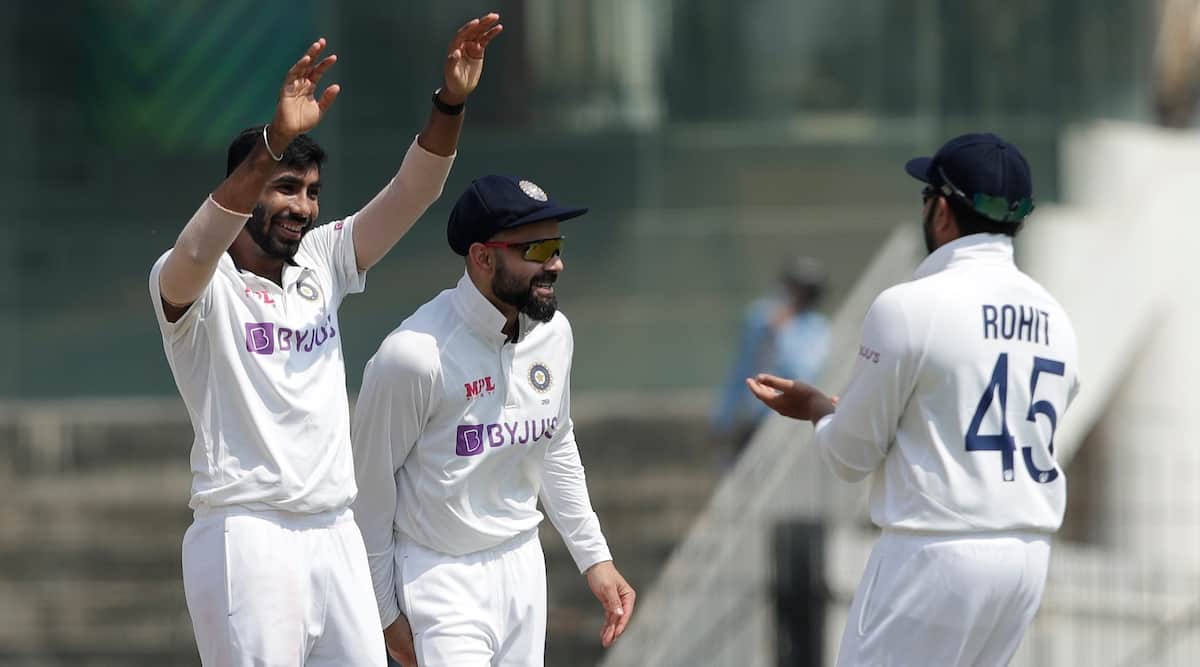 Riding on his fine show in the opening Test against England, India pacer Jasprit Bumrah has returned to the top 10, but skipper Virat Kohli slipped to the fifth position in the latest ICC men’s Test player rankings.

Bumrah, who held a career-high third position in September 2019, has improved 10 slots to grab the ninth place among bowlers after a match haul of nine for 110 in the Nottingham Test.

Kohli, however, slipped a place following his duck in the first innings of the series opener.

He was overtaken by England skipper Joe Root, who grabbed the fourth position in the batters’ list after his Player of the Match performance of 64 and 109 earned him 49 rating points.

Opener Rohit Sharma and wicketkeeper-batsman Rishabh Pant were static at the sixth and seventh spots respectively.

India all-rounder Ravindra Jadeja progressed three slots to 36th among batters with a first innings half-century and opener KL Rahul has re-entered the rankings in 56th position with scores of 84 and 26.

Ashwin continued to stay at the second place in the bowlers list, which was topped by Australia’s Pat Cummins.

Shardul Thakur was also up 19 places to 55th, while England seam bowlers James Anderson (up one place to seventh) and Ollie Robinson (up 22 places to 46th) also moved up in the latest men’s weekly rankings update issued every Wednesday.

Bangladesh’s Shakib-Al-Hasan was back to number one position among all-rounders in T20I rankings, having reached that spot last in October 2017.

He has also gained three slots to reach 53rd among batters and advanced six positions to reach 12th among bowlers. Captain Mahmudullah has gained two slots and is now in 33rd position.

Fast bowler Mustafizur Rahman is back in the top 10, gaining 20 slots after taking five wickets in four matches, while Mohammad Saifuddin (up 26 places to 43rd) and Nasum Ahmed (up 103 places to 66th) are among the others to make headway.

Australia all-rounder Mitchell Marsh has gained four slots to reach 21st position among batters, after aggregating 111 runs in the last four matches of the five-match series in Bangladesh, played over the last week.

Left-arm spinner Ashton Agar has gained one slot to reach seventh place among bowlers while fast bowler Josh Hazlewood is up 43 places to 34th position.