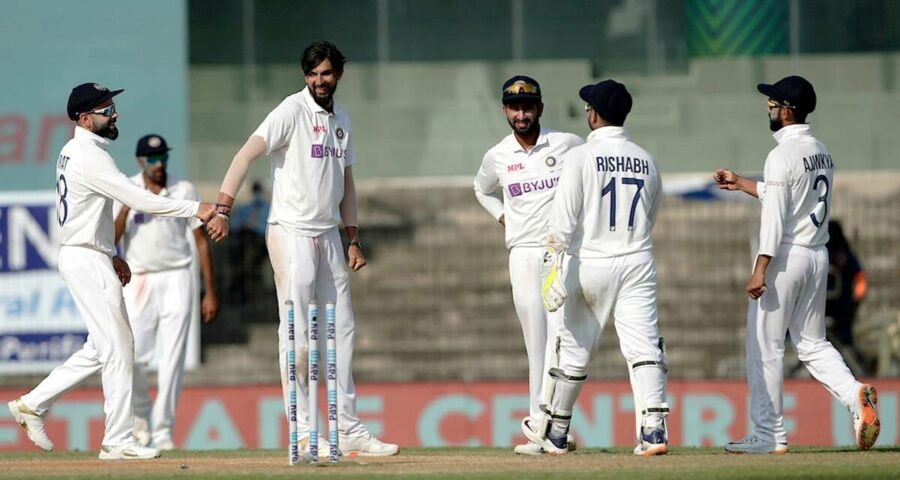 Munaf Patel is a World Cup winner and former India pacer. He was a senior member of the Indian team when Ishant Sharma made his debut. Munaf spoke to Devendra Pandey. 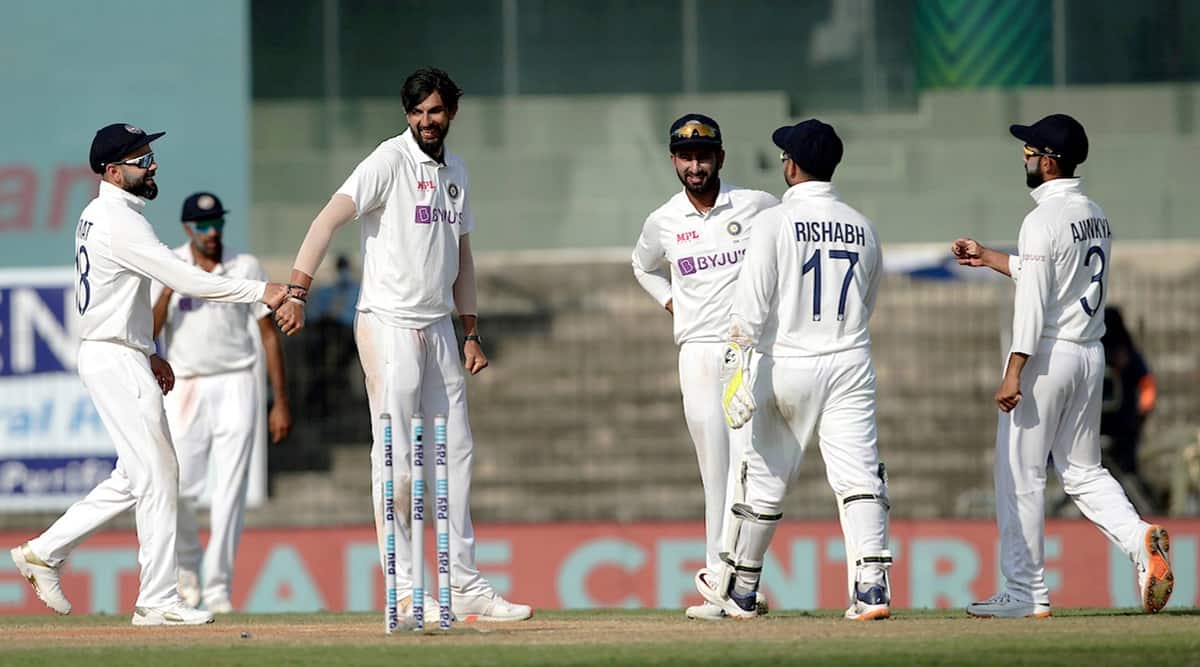 I remember the moment when Ishant Sharma and I became really close. He was just a teenager who had come into the team and didn’t want to sleep alone. Somehow, he got through a night or two. Next day he came to me and said, “Munnabhai, I am not used to sleeping alone. There are always mummy-papa at home. I get a bit afraid. There is slight fear. Can I sleep in your room, tonight please?” And I told him, “Arre! What’s there to ask? Come over, there is enough room for two of us. And anyway, I don’t sleep on bed. I don’t have that habit; I just put a pillow on the floor and sleep. You can take the bed.”

So he would use his room only to take a bath or to freshen up in the morning. Since then, whenever I was part of the Indian team, we slept in my room. We are more than brothers now. I feel so proud today that Ishu has taken 300 wickets and played 98 Tests – just two more for the 100! 300 Test wickets is a big achievement, it is like a batsman scoring 10,000 runs.

I first heard his name when I was in Bangalore to play a KSCA (Karnataka State Cricket Association) tournament. My ONGC teammates, a bunch largely based in Delhi, told me about this boy Ishant who was at the National Cricket Academy in Bangalore. Some lamba, patla (tall, skinny) boy, they referred to him as.

I had played for India at that stage and he was just coming through the ranks. He had the pace to play at a higher level; perhaps lacked a bit in line-and-length consistency. But I remember he had a great inswinger even then. I felt he would play for India but had no idea that he would go on to play 100 Test matches or take 300 wickets.

I remember him coming to me to have a chat. My nature is: ‘Jo bhi aaya mere paas, most welcome!’ (Whoever comes to me, most welcome!). We hit it off instantly. He graciously told me that I was one of his idols as I was called the ‘fastest bowler in India’ at one point.

The one thing that impressed me about Ishu then apart from his inswinger was that he was so eager to learn, to soak up the art of fast bowling. There are some young players who aren’t shy and will seek suggestions. He would be a bit shy too, but had the hunger. Almost as if he wanted to learn everything in one day. Every ball, he would ask something. It’s that hunger that has taken him this far. Even now, when I speak to him, he asks me what can he do to make his bowling better.

He has no vices – smoking, drinking or nightclubs. All his focus has been on his game. But I remember an evening in New Zealand in 2009. He was hit for a few boundaries, fours and sixes. That evening, Ishu was upset. He said, “Today I will drink! Aaj aapka bhai peeyega”. I remember telling him, “All my life I haven’t drunk, and you haven’t drunk either till now. Why start now?” I said, “this is the life of a bowler. We will get hit. You don’t have to take it to heart. Just reflect and bounce back. The match is long over, you shouldn’t be tense.” He listened to me but kept asking: “How was I hit like that?”.

After his success on the 2007-08 Australia tour, I remember telling him: “I have seen many top players at their peak, one injury and career over. Just take care of your body. God has been kind to us, let’s respect that.” Not that he needed that. I was just being proactive. Whenever I felt that it was a time for it, I would give him one injection of advice. He has always listened to me like a younger brother. Not just me, Gautam Gambhir and Virender Sehwag would also speak to him and he would listen.

We have also made him cry. Literally once, in Sri Lanka. He had those long hair and Sehwag said, “Bring him, we will cut his hair”. Ishant loves his hair. He was screaming, “Gautam bhai, help, bachao!”. I grabbed him and Viru brought a pair of scissors. Viru was acting as if he was cutting his hair and Ishant started crying like a school kid. I said, “Are you mad? We won’t cut your hair, don’t worry.” We were all on the floor, laughing. Such a good kid, but if someone can cry over hair, it’s Ishant Sharma.

You have to really search for a bad habit in him. Room tidiness, perhaps. All the stuff would be in a mess in his room, lying here and there. Except the space he would carefully prepare for pooja. The space that would have pictures of gods and goddesses, he would keep clean. He also has a habit of picking his nose. I would keep asking him about it and he would say, “Whenever I am alone and thinking something, the finger goes in automatically!”

On a serious note, though, he is someone who would really get upset if he isn’t bowling well. If wickets didn’t come by, he would try different things. He is almost possessive about his bowling, if you get the idea. He was so desperate to learn the art of wicket-taking that he was willing to go the extra mile. For the sake of his fitness and bowling, he turned vegetarian. He always used to push me to work on my fitness; he needed a partner and I used to be with him.

I sincerely feel, the tide turned when Zaheer Khan retired. He was under Zaheer’s shadow a bit. Ishant was the same Ishant but perhaps, due to Zaheer’s aura and presence, somewhere Ishant wasn’t able to break through, almost not seen. When Zaheer was not there, Ishant realised his role. He knew that he was the senior bowler, he was the bowling captain now. The pressure could have got to a lesser individual, especially one who had lived in the shadows, but he has adapted and risen to the occasion superbly.

There was some concern about his white-ball capabilities. We have spoken about it a couple of times in the past. The thing is he didn’t play too much with the white ball. He doesn’t go for runs in Tests and there is a different sort of pressure with the white ball as you would leak runs. His thinking was like a red-ball bowler. The thinking was different. Then he felt, ‘no, I can do this’. When the thinking changes, improvement comes. Then he started to do well in the IPL.

One for the longest format

But it’s also a blessing in disguise in some ways. He has almost played 100 Tests. As fast bowlers, all we wanted to do was play as many Tests as possible. That was his thinking too. All our discussions on the game revolved around Test cricket only. You use your mind to get Test wickets. Nothing comes easy.

The pride in playing 100 Test matches must be something else. A player who plays 100 ODIS can’t match it. That’s why even today Yuvraj Singh says his career doesn’t feel complete. He still mentions it today.

Ishant has handled fame really well too. Though in some ways, it’s not a surprise. That’s primarily because of his nature but also remember that he played in an era that had 10-11 legends. There was Tendulkar, Kumble, Sehwag, Harbhajan, Dravid, Ganguly, Laxman, Gambhir, Zaheer Khan, Yuvraj – who else do you need in that dressing room. Take a name and all are legends. It’s my privilege that I shared the dressing room with all of them. And I am equally proud that I played with Ishant.

Whenever he needs advice, he still calls me. It’s dilwala rishta, a relationship of hearts. I always pray that what I couldn’t achieve, Ishant should achieve that. Ishu is about to play his 100th Test and has already taken 300 wickets. Mazaa aa gaya, khush ho gaya bhai. (Great fun, I am so happy).

(Munaf Patel is a World Cup winner and former India pacer. He was a senior member of the Indian team when Ishant Sharma made his debut. Munaf spoke to Devendra Pandey).