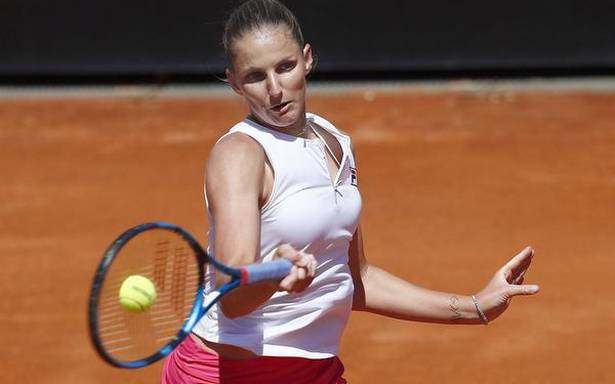 Nine-time champion Rafael Nadal advanced to the Italian Open final for the 12th time on Saturday with a 6-4, 6-4 win over American Reilly Opelka.

Playing his 500th clay-court match, Nadal staved off break points in the fourth game of the first set and did not look back as he made his 52nd Masters final.

The 34-year-old was rarely troubled by the towering American, who was playing his first Masters semifinal.

Nadal blasted down 11 aces and did not drop serve against a player who had not dropped a set all week.

“It’s important for my confidence to be back in a final,” said Nadal, who exited early in Monte Carlo and Madrid. “I did what I had to do today, it was not an easy or beautiful match to play. The work is done.”

Earlier in the day, World No.1 Novak Djokovic survived a three-set battle with Greece’s Stefanos Tsitsipas over two days in their rain-delayed quarterfinals.

Czech ninth seed and former World No. 1 Karolina Pliskova beat Petra Martic 6-1, 3-6, 6-2 in the semifinal as she bids to reclaim the title she won in 2019 but lost last year after retiring injured while trailing Simona Halep in the final.