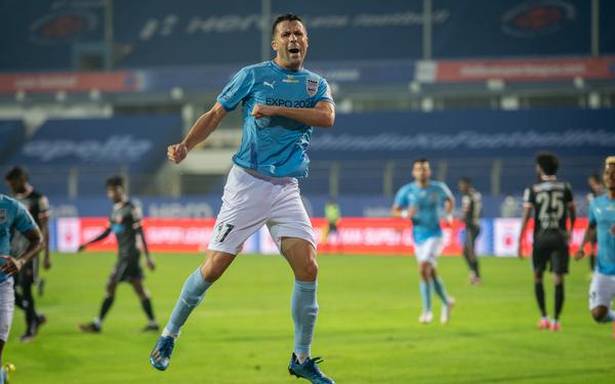 His brace gives the team a 3-0 win

Angulo, who was deemed surplus to Goa towards the end of last season, returned to haunt his former employer with a quickfire brace to assert Mumbai’s dominance against a shaky Goan defence. ISL newcomer Ygor Catatu added a late goal to give new Mumbai head coach Des Buckingham a perfect start.

While an early penalty shout was turned down, there was no reprieve the second time around when Ivan Gonzalez brought down Cassio Gabriel inside the box. From the spot, Angulo slotted past Dheeraj Singh to put Mumbai ahead in the 33rd minute.

Three minutes later, the Spaniard set himself up with a touch off a Raynier Fernandes pass before a toe-poked finish from the edge of the box caught Dheeraj unawares. Mumbai City capped off a memorable night with a third in the 76th minute when Catatu headed home an Ahmed Jahouh free-kick.