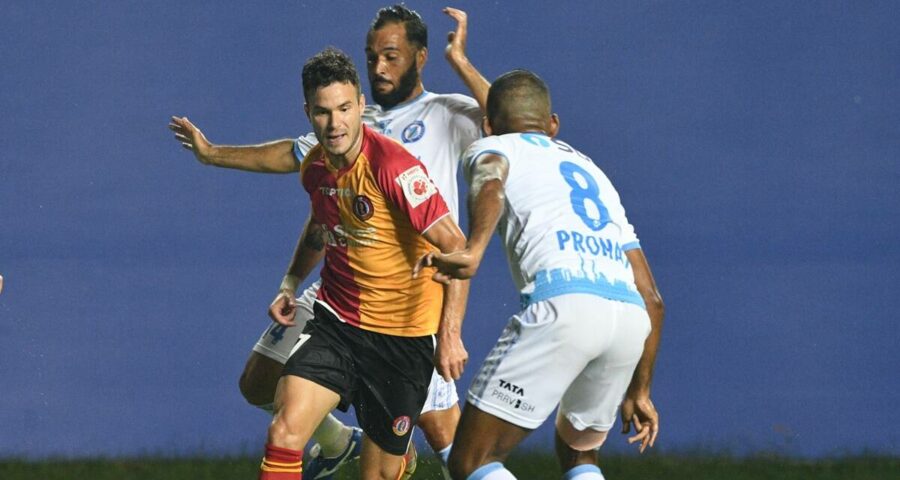 Croatian defender Franjo Prce scored a delightful opener for SC East Bengal while Peter Hartley equalised at the stroke of half time for Jamshedpur FC. 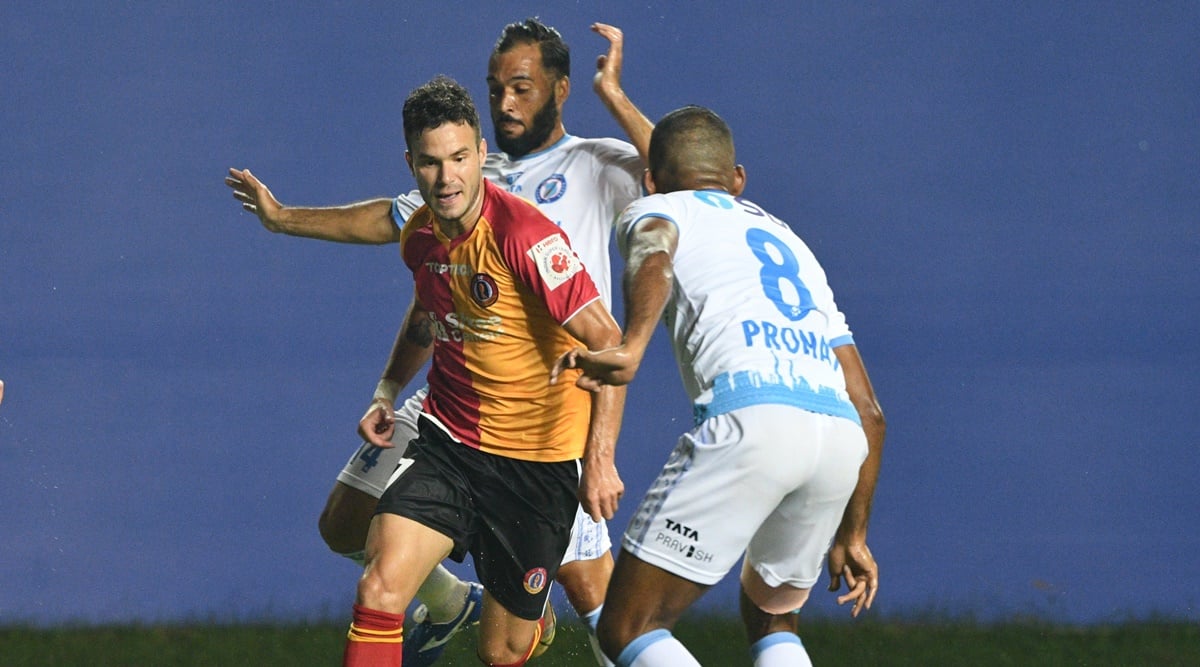 Both goals came from set pieces.

Croatian defender Franjo Prce (17th) scored a delightful opener for the Red and Golds while Peter Hartley (45+3) equalised at the stroke of half time for the Men of Steel.

Jamshedpur FC sported a rather familiar look with new attacking duo of Jordan Murray and Greg Stewart named on the bench.

The opening few exchanges saw two youngsters impress particularly. Boris Singh made his mark in an attacking role for Jamshedpur while debutant Hnamte had a shot on target early for the Kolkata giants.

However, it was centre back Franjo Prce that found the opener. Bikash Jairu swung in a corner that goalkeeper Rehenesh TP managed to parry off. Antonio Perosevic brought it back into play for Hnamte to lay it in for Prce, whose back volleyed effort found its way into the net.

Jamshedpur, eager to get back, had Nerijus Valskis press upfront. The only time Valskis came close to scoring was around the half-hour mark when his shot grazed wide of the post.

Peter Hartley left it till the brisk of half-time to level scores. Alex Lima’s flag-kick had Valskis flick it off for his captain who appeared to shoulder the ball past Arindam Bhattacharja, as SC East Bengal were left to rue their defensive error.

Ishan Pandita and Komal Thatal’s introduction in the second half gave an impetus to Valskis. The Lithuanian had a shot saved by last season’s Golden Glove winner Arindam after Ishan had a near sniff at goal.

Even Diaz tried his hands at substitutions. Amir Dervisevic and Jackichand Singh replaced Daniel Chima and young Hnamte around the hour mark.

Murray was brought in for Valskis with 20 minutes to go but both teams displayed extraordinary discipline in the second half. Jamshedpur, though, looked increasingly favourites but could not pose a serious threat.

SC East Bengal next face arch-rivals ATK Mohun Bagan in the Kolkata derby at this ground on Saturday.