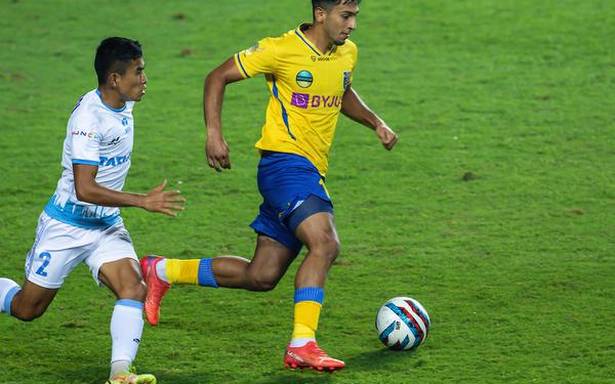 All Kerala Blasters needs to catch up with Mumbai City at the top of the ISL table is a win on Sunday. Ivan Vukomanovic’s boys will not be short of motivation when they take on FC Goa at Vasco’s Tilak Maidan Stadium.

They are now placed fifth with 13 points. But if they could take three points off Goa, they will draw level with Mumbai (16).

They should be feeling they could do it. They are in form. They may have had to settle for a 1-1 draw in their last match, against Jamshedpur, but that was preceded by 3-0 wins against Chennaiyin and Mumbai.

With the talented Sahal Samad finally starting to convert his promise into goals and Adrian Luna, Alvaro Vazquez and Jorge Peryera Diaz all looking in good nick, the Blasters could threaten any defence. And defence hasn’t exactly been Goa’s strength of late. The Goans will want to put behind them their disappointing effort against ATK Mohun Bagan in their last game. They had lost 1-2. It was Derrick Pereira’s third game since he took over as coach, after Juan Ferrando left for ATK Mohun Bagan.

Pereira had begun with a draw, against Odisha. After the loss to ATK Mohun Bagan, he would be looking for a win.

Goa – on eight points from as many games —needs a win to come out of the bottom half; it is lying ninth in the 11-team league. It may not be easy though against a rival that hasn’t lost in seven games.