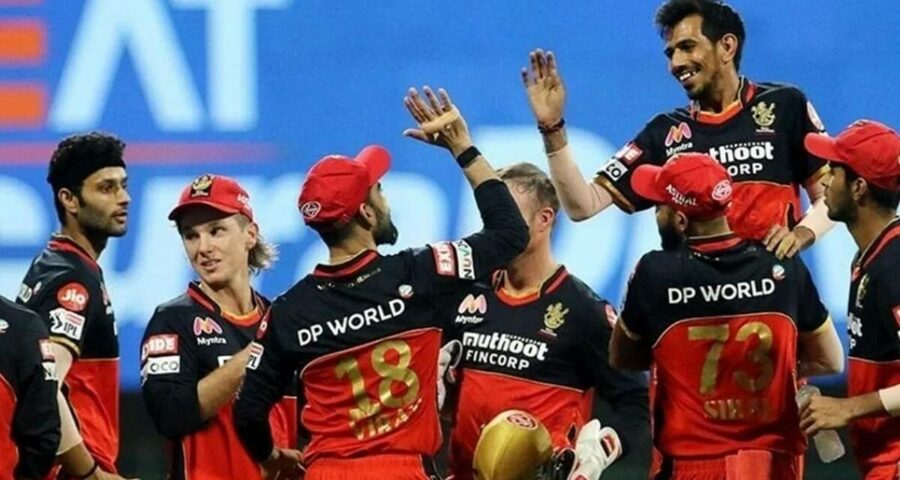 From Ooltah Chashmah to Unnaipol Oruvanad, ad space to politics, the T20 league has become an inevitability of our times. 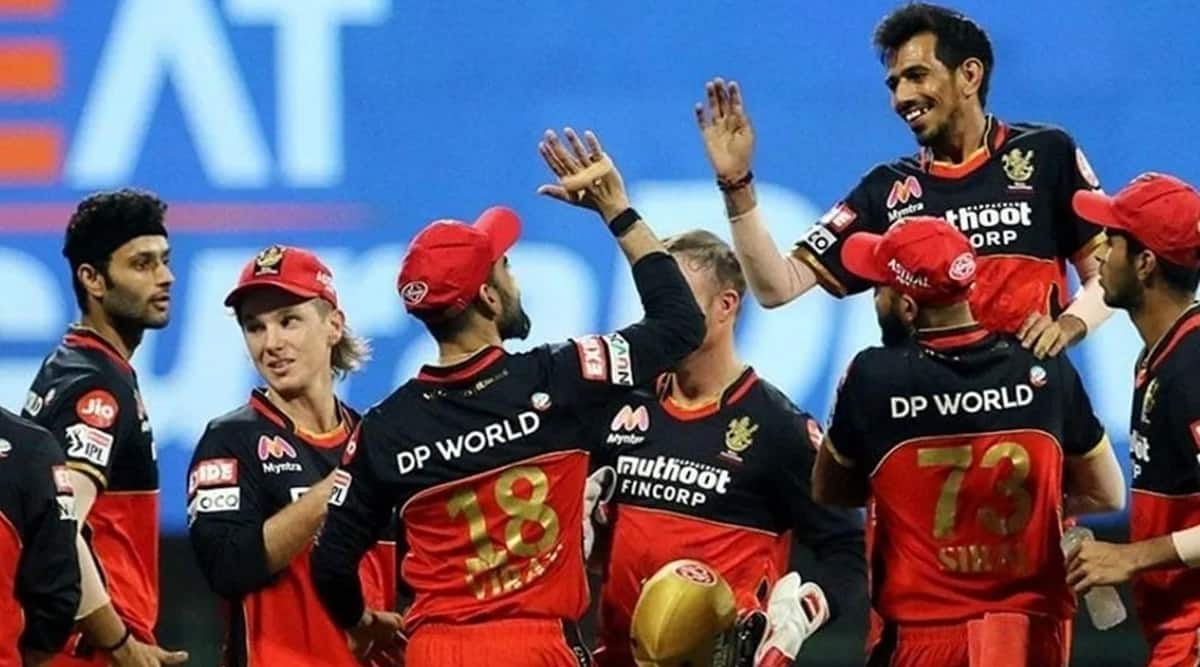 In the frantic build-up to the state polls in Kerala, MS Dhoni made an unobtrusive entry into a discussion table of solemn political analysts. A television anchor casually predicted an unfancied Congress leader to perform a Dhoni-like heist to which a partly bemused analyst quipped: “Let’s see what Dhoni could do in this year’s IPL.”

There were other IPL allusions too. A new-fangled political party in Kerala goes by the name Twenty20. Though its founders insist it was not inspired by IPL or the shortest format of the game, it has not prevented their adversaries from often reminding them that: “Elections are not like IPL, it’s Test cricket.”

The state, unlike its neighbours, is largely immune to IPL-frenzy. Apart from Sanju Samson, it has little stakes too. Yet, the league has subconsciously intruded into the psyche that references and metaphors are quite common and frequent, emphasising that IPL, even where it’s not madly followed or deeply entrenched, has seeped seamlessly into the popular culture.

Some distance away, in Maharashtra, where COVID-19 cases are mounting, the government believes that the cases will subside as soon as the IPL begins. They are convinced that more people will stay indoors in the evening, thus reducing the chances of virus transmission. There needn’t be night curfews. The games in Mumbai, the hotbed of the recent wave, needn’t be shifted either. The assumptions are not bereft of logic or evidence either, as there indeed was a relative slump in the number of cases during the last IPL season. More people watched IPL games in the UAE than ever before — 405 millions viewers (24 per cent increase from 2019), that is half of the Indians, according to BARC viewership data.

Thus, while IPL may well not be the opium of the masses yet, along with the pandemic, death and taxes, it too has become an inevitability of our times. Not just for the two months that it plays out on the television screen, but beyond that. Not just as a tool for entertainment or as a commercial force but a defined cultural, social construct. Be it the realm of trolls or memes, sphere of movies or songs, platform of fiction or shows on YouTube, the league has not just barged into the common Indian’s psyche, it has blended into his sensibilities.

It was always bound to be, says James Astill, former Delhi correspondent of the Economist and the author of ‘The Great Tamasha’, a story of cricket becoming Indianised. “Cricket in India was a religion even before IPL came. Cricketers and cricket had close ties with politicians and businessmen, it had also ties with the Bollywood. IPL brought all these ingredients together and a great package was born. It was just a matter of time before they combined to form part of the popular culture. It’s an irresistible combo,” he explains.

It gave birth to what he calls the “casual audience.” Those who watch cricket for pure fun, like watching a commercial movie. “It’s like a family occasion, the television is always when the game is on. Initially, I was suspicious of the franchise model, whether it would take time to seep in, but IPL became a part of the culture in a quick time. It created a new audience, a larger cross-section of society, and thus brought a cultural shift in how the sport is consumed in the country,” he says.

Inevitably, the IPL streamed into the public imagination with as much as pace as the format itself. One of the more popular episodes of the long-running TV show Taarak Mehta Ka Ooltah Chashma – it’s been on air since 2008 – happens to have an IPL storyline. The ‘always happy’ residents of a gated community in suburban Mumbai get divided into teams led by the tele-series’ two popular female characters. The Daya Daredevils vs Babita Blasters front yard game in Gokuldham Premier League has a CSK vs MI feel to it. Punjabi singer Sidhu Moose Wala’s song ‘Ho TV utte rahein IPL dekhdi’ (You keep watching IPL on TV) is a sort of lament to his beloved but this time around it can connect to the many home-bound IPL fans.

In 2013, just months before the fixing scandal shook the IPL, Rajiv Rajendra wrote a crim-cric novel of a similar trope named The League — a billion-dollar cricket league in a fictitious island called Palmyra and run by a filthy rich Arab sheik called Abdel Rafter al Rafter. Non-fiction works too have sprung up. “There is a sudden surge in readership, so we stock a lot of books on IPL. Even cricket books, unrelated to IPL, would sell,” says P Joseph, a second-hand book-seller in Kottayam, a sleepy town in central Kerala.

A year later, Tamil director explored the cricket-league theme in the movie Jeeva, where a sidelined middle-class youngster nearly quits cricket because of politics before he gets a chance break to play franchise cricket (called CPL) and then breaks into the national team. The movie’s director, Suseenthiran, had then said that the movie was inspired by the alleged politics in cricket boards as well as the IPL’s knack of spinning rags to riches story every other year.

Even in not-so-IPL-frenzied Kerala, certain IPL contexts resonate in movies and life alike. Like a reference of S Sreesanth is not far away when it comes to mocking crybabies. Or a reference to Dhoni, when it comes to the guy who runs away with the bounty at the last moment. Sometimes, there are grimy anti-heroes who have heavily invested in a murky cricket franchise, or the super-cop getting an SOS from a cricketer, who is threatened by match-fixers of a shady league, or the cricket-crazy father telling his son that he would one day play in the IPL. Or the staple: “Malinga mandai vechu Ishant Sharma maathiri potite irukku, dei paar (With the curls of Malinga, you are bowling like Ishant!)

There are the cheeky political trade-offs too. Before the 2016 polls in the state, Sreesanth, who was a BJP candidate, had referred to one of the party talismans as “Sachin Tendulkar of Kerala BJP”, to which noted writer NS Madhavan retorted: “Then people will become Harbhajans.” The reference was obvious — Harbhajan Singh slapping Sreesanth, who broke down, during an IPL match.

Then came the game-changer in the form of the first-ever Indianised web-series, Inside Edge Season 1 in 2017. A blend of back-room drama, behind-the-door games, and the big, bad world of fixing and betting, the movie was the “perfect storm. “There was so much of interesting information that makes for great drama in that world of ‘cricket meeting entertainment’ that it was very easy to weave a nice sharp show,” its creator Karan Anshuman said during the launch.

Television ads too have spun cricket into their storylines during the IPL — like Lenskart on the comedy of run-out errors during a game. So had Swiggy and Bingo during the last IPL. To Astill, these are more tangible signs of the IPL invading into public consciousness, seamlessly and unforced. “Now IPL inhabits the minds of the audience for not just two months, but even beyond it. It has become part of what constitutes their consciousness. That is the real success,” he says.

However, it’s still largely a “metropolitan fantasy” as Tamil writer R Abilash Chandran reflects. “The influence of IPL is obvious in memes, trolls and maybe a line in a song or a joke in a movie. But it’s mostly confined to metros and those that have IPL franchises. At least in Tamil Nadu, it has not quite travelled to the villages or other towns to really call IPL a part of popular culture,” he points out.

But there is scope, he says. “Like if T Natarajan continues to perform well, there would be more fanfare for IPL in Tamil Nadu’s rural corners,” he says. The rural landscape, then, would be IPL’s final frontier.