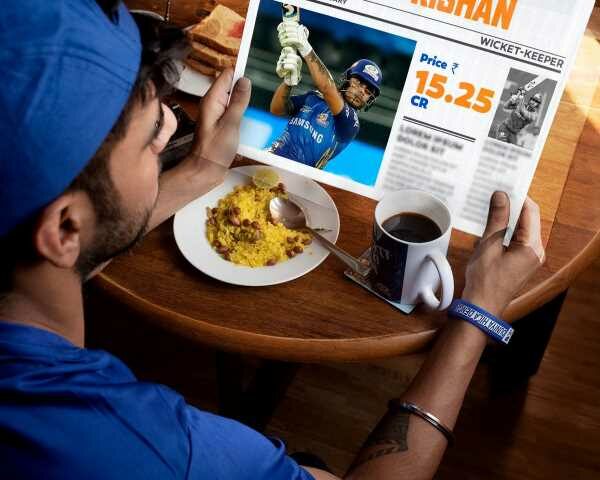 Will Ishan Kishan get Rs 15.25 crore for one year, or for three years?
Do the players get their IPL payments, whether it is in full or in part, and what is the payment schedule?
Harish Kotian/Rediff.com explains all you need to know about IPL player payments.

Ever wondered how the players get their payments, whether it is in full or in parts or what is the payment schedule? The full details:

Apparently, the payment is not made at one go, but is made in three installments.

As per the latest IPL contract for this season onwards, the following payment structure has been proposed:

For IPL 2022, which is scheduled to start in the last week of March, the players will get 20 percent of their payment in the first week of April, followed by 60 percent in May and the remaining 20 percent in June.

As per the income tax rules, the respective franchises deducts the TDS (Tax Deducted at Source) before handing over the money to players.

Indian players are charged 10% TDS of the total bid amount while the foreign players have to pay 20% TDS on the amount.

The players sign a tripartite contract with the BCCI and the franchise with regards to the payment.

In case the franchise defaults in payment, then the BCCI make the payment and deduct the respective amount from the franchise’s central revenue pool.

The amount paid at the auction are per season.

If a player is bought for Rs 10 crore (Rs 100 million), he is paid that amount for playing one IPL season.

The contracts are for a three-year period, so the said player will be entitled to get a total of Rs 30 crore/Rs 300 million (Rs 10 crore per season depending on availability).

“The contract is for three years, renewable after every year. The player payment is as per the bid amount payable each year. The franchisee has to pay for the bid amount,” said an official with an IPL team.

Interestingly, all the players in the squad get their full money irrespective of whether they are selected in the playing XI or not.

“It doesn’t matter whether the player is selected in the playing XI or not. Even if he doesn’t play a single match, he will get the full amount which was mentioned in the IPL auction once he reports to the team at the specified date before the start of the IPL and stays till the end,” said former IPL chief operating officer Ratnakar Shetty.

In case of foreign players, their national cricket associations get 20% of whatever they earn in the IPL.

If a West Indies player is bought at the auction for Rs 5 crore (Rs 50 million), then Rs 1 crore (rs 10 million) is paid to the West Indies Cricket Board, which is shared equally by the BCCI and the respective franchises.

When the IPL was launched in 2008, the player bidding were in US dollars and the players were also paid in the same mode. However, the IPL auction and players’ salaries were shifted to Indian rupees from 2012 onwards.

In case of injuries, if a player gets injured during the season or while practicing in the nets, he is entitled to his full salary, while the franchise covers his medical expenses.

The players also receive their full salaries in case the BCCI is unable to conduct the full IPL season.

Additionally, for the Indian players, who are contracted to the BCCI, even if they miss an entire IPL season because of injury they are compensated by the Board.

If case an overseas player is available only for a fixed number of matches, he is paid on a pro-rata basis, usually with a 10% retainer.

If a team releases a player before his contract is up, they pay for the full term of the contract.

“For an example if an Australian player is available for only one month as he has to report for the Australian team, then he must inform the franchise in advance and he will only be paid for the matches he is available,” said former IPL COO Ratnakar Shetty.

“The same also happens in case for injuries. If the player doesn’t report before the start of the IPL because of injury, then he doesn’t get paid and the franchises then gets to pick a replacement player.” 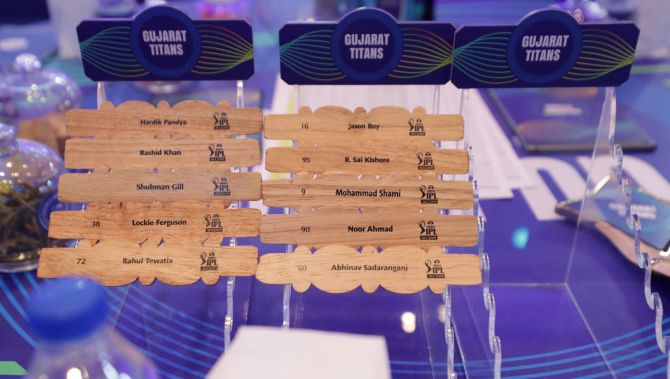 England fast bowler Jofra Archer is unavailable for this year’s IPL, but the Mumbai Indians still went ahead to buy for him Rs 8 crore (Rs 80 million) at the auction.

“However, Archer will be available for the next season onwards if he is fit and available, and he will play only for Mumbai Indians. So that is why they bought him, looking at the future.”

Shetty also dismissed suggestions that the franchises could make a deal with the players and end up paying lesser than what they bid at the auction.

“That doesn’t happen. It is a tripartite agreement between the player, IPL and the franchises, so the BCCI protects the payment of the players. The franchise can’t afford to lose their status by defaulting on payments, it has never happened in the IPL.”

He took the example of the now defunct Kochi Tuskers, who took part in the IPL in just one season in 2011 before they were terminated for breaching the terms of agreement. BCCI was ordered to pay Rs 1,700 crore (Rs 17 billion) to Kochi Tuskers in 2018. However, the matter has still not been resolved.

“In case of Kochi, still some players are not paid because the franchise was discontinued. It has been more than 10 years now that the players are still waiting for their payment. These kind of things happen only if there is a problem with the franchise, otherwise if you see the BCCI will hold back the payment due to the franchise so that cushion is always there.”

The IPL players can also earn more money depending on their performances through the season, while they also enjoy other perks like staying in five-star hotels, travelling by private jets and a fixed daily allowance through the season.