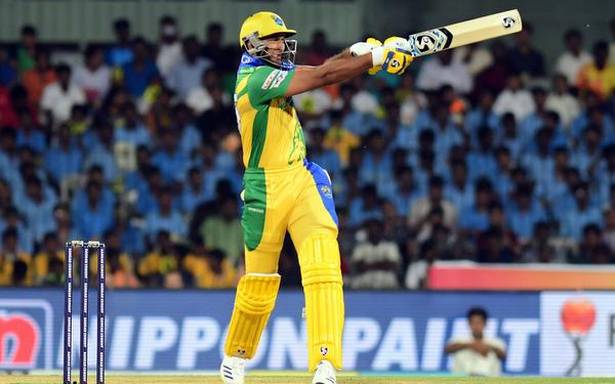 South African all-rounder Chris Morris enjoyed the biggest pay-day ever in Indian Premier League history when he bagged a ₹16.25 crore contract with Punjab Kings at the 2021 mini auction in Chennai on Thursday. Morris, who was released by Royal Challengers Bangalore, surpassed Yuvraj Singh who held the record for the most expensive IPL contract with ₹16 crores. While Morris is a familiar name in international cricket, a few relatively less experienced players internationally, struck big. Here’s a look at some of them.

New Zealand’s Kyle Jamieson has had a fantastic 2020, since he made his international debut against India. Standing tall at 6 ft 8”, Jamieson gets good bounce and has an effective incoming delivery. Jamieson is primarily a fast bowler, but is also a very reliable lower-order batsman. He has played a total of 6 limited-overs matches for New Zealand in his short career, but the format where he has impressed the most is Tests, where he has 36 wickets in just six games. The right-arm quick however hasn’t really been tested outside New Zealand so it will be interesting to see how he adapts to Indian pitches.

Jhye Richardson, a tall right-arm fast bowler from Perth, has played 2 Tests, 13 ODIs and 9 T20s for Australia since his international debut in 2017. He has been on the fringes of selection to the Australian squad and certainly one for the future. He’s not an unfamiliar sight for Indians though – he took 4 for 26 in Sydney in 2019, winning the Man of the Match award. Why did Richardson attract so much attention in the auction, with three teams – Delhi Capitals, Royal Challengers Bangalore and Punjab Kings competing for him? It could be because he finished the Australian T20 Big Bash League (BBL) recently as the highest wicket taker with 29 wickets in 17 matches, with two four-wicket hauls.

Tall, overseas fast bowlers were certainly very sought after in the auction and Australian Riley Meredith is another. Meredith also set a record at the auction, become the most expensive uncapped overseas player in IPL history, and the fifth most expensive uncapped player overall. Unlike the players above him in this list, Meredith has not played international cricket, but the right-arm fast bowler from Hobart has been talked up as an Australian prospect. He was included in the Australian squad for England in 2019 but didn’t get to play. He finished the recent BBL season with 16 wickets in 13 games. In the auction, it was a contest between Delhi Capitals and Punjab Kings but the latter, which had the maximum purse ahead of the auction, secured him for ₹8 crores. Meredith finds himself in a Punjab squad rich with pace bowlers, including Richardson, so finding a spot may not be easy.

Had Kolkata Knight Riders picked him, their superstar team owner would have had a namesake in his ranks. Had Chennai Super Kings picked him, he would have lent more local flavour to the side. However, M. Shahrukh Khan found himself in the Punjab squad following an interesting three-way battle. With Delhi Capitals and RCB starting the initial bidding, Punjab made a sudden entry when his price neared 3 crores. After Delhi pulled out, it was down to two teams. The buzz about Shahrukh Khan the tall, attacking batsman has been doing the rounds in Tamil Nadu cricket for a few years now. He has played more limited-overs games for Tamil Nadu than first-class games. He is known for being a good finisher lower down the order and it could be what Punjab need, having released Glenn Maxwell.