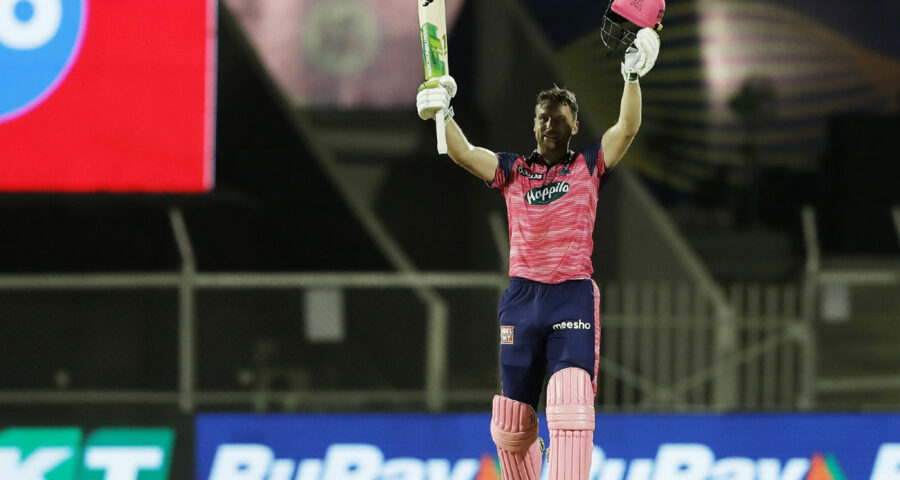 Images from the IPL 2022 match between Rajasthan Royals and Kolkata Knight Riders at the Brabourne Stadium in Mumbai on Monday. 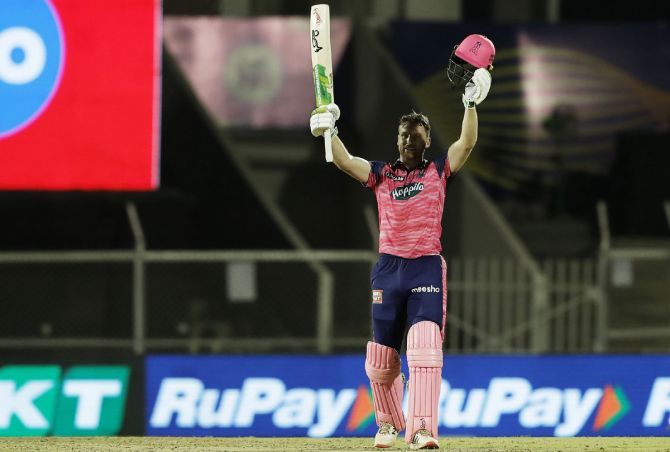 Jos Buttler blasted his way to a second century in IPL 2022 to power Rajasthan Royals to an imposing 217/5 against Kolkata Knight Riders at the Brabourne Stadium in Mumbai on Monday.

Buttler smashed his way to an entertaining 103 from 61 balls, hitting five sixes and nine fours, to take the KKR bowling attack to the cleaners.

When he finally perished to Pat Cummins, Royals had crossed the 180-run mark and by then the Australian Test captain was hammered for as many as seven fours and a six, bulk of them by the dashing England wicketkeeper-batter.

Buttler added 97 runs for the opening wicket stand with Devdutt Padikkal (24 off 18 balls), who only faced deliveries worth three overs in the first 10 overs.

He was then joined by skipper Sanju Samson (38 off 19 balls), who was equally destructive in their 67-run second wicket stand in just 5.4 overs.

None of the KKR bowlers save Sunil Narine (2/21 in 4 overs) looked like posing any threat to Buttler, who has hit 375 runs in six games so far.

Varun Chakravarthy is getting from bad to worse during the season as neither there is bite nor any mystery in his deliveries and it was like cannon fodder on a Brabourne batting beauty. 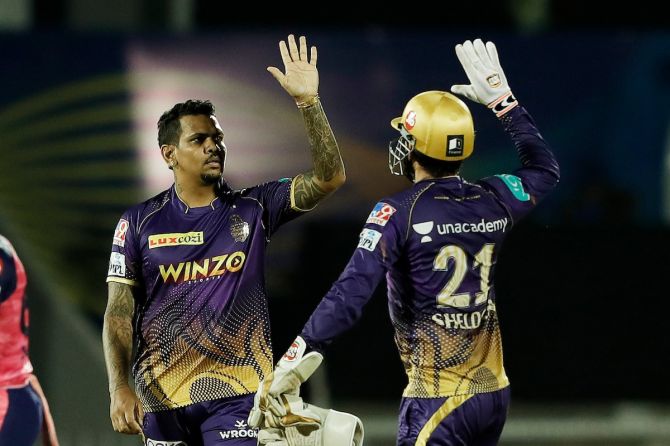 The fifth bowling option turned out to be a nightmare as Andre Russell completed Chakravarthy’s quota as they cumulatively gave away 59 runs in 4 overs.

Shivam Mavi and Umesh started off well during the first two overs primarily because Padikkal is out of sorts.

However, Padikkal was content to play second fiddle as he gave Buttler bulk of the strike and that changed the course from the third over of the match. Umesh, who had started IPL 2022 on a bright note, got back to his old self of being erratic as Buttler lofted him for a four and a six off successive deliveries.

The floodgates opened after that as he literally toyed with Chakravarthy, whom he hit for a six by rocking back and having enough time to send him into the orbit.

If there was a wide yorker, he would steer past third-man, short deliveries were pulled and those on the legs were tucked behind square.