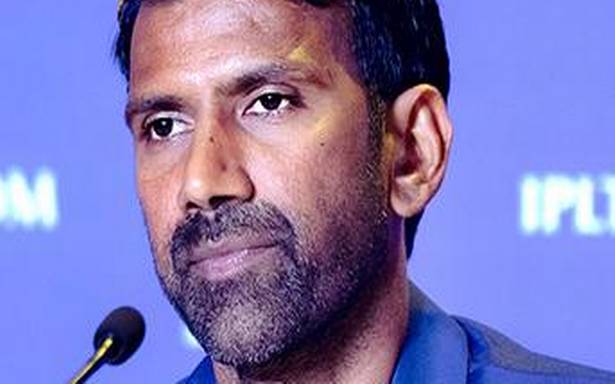 Chennai Super Kings has been a franchise that has always cared for its cricketers.

It, thus, came as no surprise that the two members of its coaching staff who tested positive for COVID-19 were both flown by air taxis by CSK, from New Delhi to Chennai, on Thursday afternoon.

A CSK source told The Hindu, “Both L. Balaji and Michael Hussey came in separate air taxis as per the protocol.”

He added, “The best part was when Hussey was still in flight, his second RT-PCR report came negative. However, Balaji’s fresh test confirmed COVID.”

The CSK source said, “Hussey and Balaji will be taken care of by Apollo Hospital. We have a tie-up with them. Both are without any symptoms and should come through fine. They will undergo one more test after four days.”

And CSK has arranged a chartered flight for a single cricketer, Imran Tahir, to Dubai. “Although a South African player, Tahir now lives in Dubai with his family,” the source said.

CSK is a side with cricketers from several countries — England, Australia, New Zealand, West Indies and South Africa — and it was a logistical challenge to fly all of them home after the IPL had to be suspended.

The CSK source said, “The franchises pooled together chartered flights where cricketers from various teams travelling to the same country will be in one flight.”

He revealed, “Cricketers travelling to the West Indies will leave tomorrow [Friday] morning and those going to New Zealand will depart in the evening.”

He added, “All the Australian cricketers will spend two weeks in Maldives before travelling back to their home. The English and South African cricketers have already left.”

While different franchises have come together to fly out cricketers to their respective countries, a franchise assumes the lead role for a particular destination.

The source said, “For instance, CSK is playing the lead role for the chartered flight to the West Indies. Similarly for New Zealand, Kolkata Knight Riders has taken the responsibility. And for flying out Australian cricketers to Maldives, Royal Challengers Bangalore has come forward.”

Talking about the bursting of IPL bio-bubble, he said, “It was a disaster waiting to happen. New Delhi, in particular, is in very bad shape.”

He said India Cements and CSK boss N. Srinivasan took the IPL suspension and the COVID-striking CSK, practically. “He is a very realistic but positive person. And he cares for the cricketers. He often says, ‘Without the players, we cannot have a team’.”

The source spoke about India Cements maintaining teams, providing jobs to cricketers and the fact that when Srinivasan was at the helm in BCCI, a sizeable one-time payment was made to former cricketers.

CSK, indeed, is a franchise with a difference.