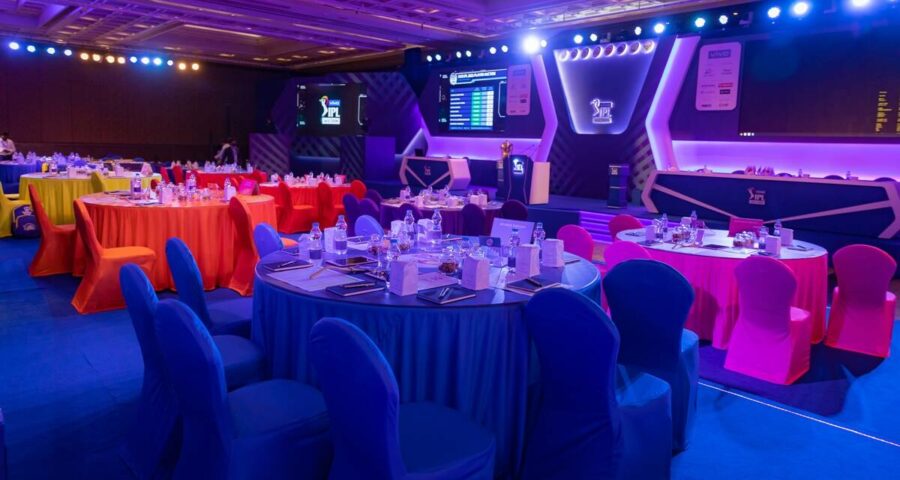 The IPL franchises spend exorbitant amounts on over-the-hill, untested, and inconsistent foreigners to plug holes in their squads. South African all-rounder Chris Morris is 33, last featured in an international game in 2019, is outside the top 20 in the ICC ratings for all-rounders. He is no longer wanted in the Big Bash League; played nine games in the previous edition of the Indian Premier League, wherein he scored just 34 runs and snaffled 11 wickets. His recent numbers and injury history suggested a man stuttering towards the back end of his career. Yet, he set afire a bidding war and emerged the most expensive player in the league’s history, when Rajasthan Royals doled out Rs 16.25 crore to acquire his services.

At the same time, the No. 1-ranked T20I batsman in the world, England’s Dawid Malan, went for his base price of Rs 1.5 crore, and Australian stalwart Steve Smith fetched just Rs 2.20 crore without any raised eyebrows. Some big-hitting batsmen like Alex Hales, Jason Roy, Aaron Finch (third-best batsman in T20I rankings) and Kusal Perera had no takers at all.

Punjab Kings head coach Anil Kumble spoke about how an auction “is not a true indicator” in terms of a player’s worth. As for Smith, a part of the modern-day batting Beatles, Delhi Capitals assistant coach Mohammad Kaif said: “We were expecting to spend more money on him. We got him quite cheap.” Capitals co-owner Parth Jindal said: “It was just incredible to get Steve Smith. We are shocked about how he went only for Rs 2.2 crore, but to get a player of the calibre of Steve Smith, it’s going to add a lot to our squad, a lot to our balance.”

The pattern does not induce surprise, for this is how IPL auctions worked, where demand and supply, and not always pedigree, dictate the way franchises spend. Overseas fast-bowling all-rounders are the most in-demand stock, and conversely, the rarest breed in the game. So even if they are over-the-hill, injury-prone or untested, franchises are inclined to spend exorbitant sums to gobble them up. Morris would be short of match fitness when he comes to the IPL; Jamieson has never played an international game outside his country; Maxwell is notoriously moody.

But it barely seems to matter. “He (Morris) is a quality bowler through all phases of the game, and can win us games with the bat too,” Royals CEO Jake Lush McRum said. Predominantly, they would be looking at his death-over expertise.

Another franchise official explained the logic that guides the auction. “The entire auction dynamics depend on requirements and utility. If a team is looking to have a certain type of player, then subject to the purse available, it can go big to have him,” he had told this paper.

The rationale was the same behind RCB’s decision to buy Maxwell, who has shone only sporadically. “It very much depends on what role each team wants him (Maxwell) to play. In our team, he could be used very much as (a) finisher. Obviously, he is a multi-skilled player, he is good in the field and obviously, able to bowl off-spin. We all know how good a touch he (is in) away from the IPL,” RCB director of cricket Mike Hesson said at a press conference.

In that sense, IPL auctions conform to a pattern set long ago. Overseas fast-bowling all-rounders would hog most of the attention and win most of the money, followed by overseas fast bowlers like the uncapped Riley Meredith (Rs 8 crore) and back-from-injury Jhye Richardson (Rs 14 crore), spinning all-rounders like Moeen Ali (Rs 7 crore), Krishnapa Gowtham (Rs 9.25 crore) and Shakib-Al-Hasan (Rs 3.25 crore) and of course, the rags-to-riches narrative and a surprise uncapped domestic player getting a massive pay-cheque. That rare tribe of a domestic medium-pace bowling all-rounder, if they are not already taken, too would fetch a substantial sum. A case in point is Shivam Dube, whom Rajasthan Royals bought for Rs 4.4 crore.

On Thursday, it was Tamil Nadu batsman Shahrukh Khan’s turn to be a millionaire. He had set his base price at Rs 20 lakh, but Punjab Kings out-bid the rest to pouch him for a mind-spinning Rs 5.25 crore. The 25-year-old comes with a reputation for finishing games, which he had amply demonstrated against Himachal Pradesh in the quarterfinals of the Syed Mushtaq Ali tournament, wherein he smacked an unbeaten 40 off 19 balls. Other promising youngsters such as Mohammed Azharuddeen, M Siddharth and Harishankar Reddy were also rewarded with contracts.

Then, there is the heart-warming story of Chetan Sakariya. The left-arm seamer hails from Vartej, a nondescript town in Bhavnagar. So deprived was his background that forget playing, even watching cricket was a luxury as the Sakariya household did not have a television. Chetan’s father used to do odd jobs to sustain his family, before the youngster went to Bhavnagar to help his uncle, a supplier of stationery products, who in turn gave him the money to play cricket and study. By sheer chance, noted coach Rajendra Gohil spotted him and enrolled him at his academy, from where he got picked to train at the MRF Pace Foundation. From thereon, he has not looked back.

The only bucking-the-trend purchase was that of Cheteshwar Pujara, who franchises had unceasingly snubbed since 2014, winning the attention of Chennai Super Kings this time. The last name to go under the hammer was Arjun Tendulkar, whom Mumbai Indians pocketed in the snap of a second, unchallenged. How his career unfolds would be an interesting script, but otherwise, the auction-narrative that played out on Thursday was like any other auction day. The ingredients and flavours were much the same.