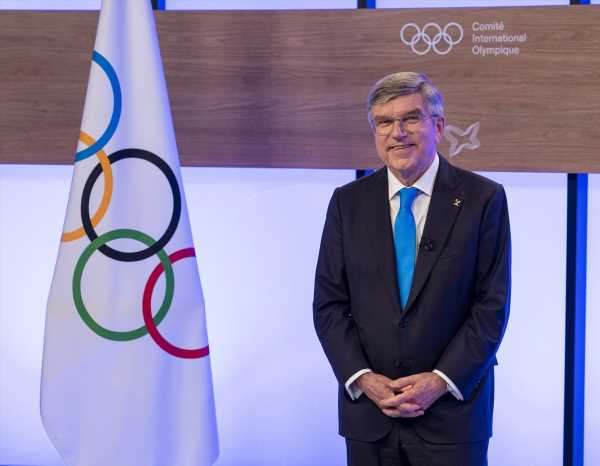 The International Olympic Committee (IOC) is considering a return to competition of Russian athletes who do not support the country’s invasion of Ukraine, IOC president Thomas Bach said on Friday.

In February, the IOC issued guidance to sports governing bodies to remove Russian and Belarusian athletes from competition. Belarus was used as a staging ground for Russia’s invasion, which Moscow calls a “special military operation”.

“It is not about necessarily having Russia back. It’s about having athletes with a Russian passport who do not support the war back in competition,” Bach told the Italian newspaper Corriere della Sera.

“Here comes our dilemma — this war has not been started by the Russian athletes. But we saw that some governments did not want to respect anymore the autonomy of international sports. This is why we’ve had to take these protective measures to be at least, a little bit in the driving seat and not lose all autonomy.”

“And this is why, on the other hand, we also have to see, and to study, to monitor, how and when we can come back to accomplish our mission to have everybody back again, under which format whatsoever.”

The German stressed that the current guidance on Russian athletes was still standing but added that the IOC also needed to think about the future. Some qualifying events for the 2024 Paris Olympics have already taken place.

“There is no change in the recommendations… We are very grateful to the International Federations that they are following them,” Bach added.

“I think our major contribution is to have the Olympic Games and to have sport in general, as something that still unifies people and humanity.”

Earlier on Friday, the IOC voiced serious concerns over the amateur boxing world body IBA’s ban of the Ukraine National Federation, saying it would conduct a full review at its next meeting in December.

The Russian-led International Boxing Association is already on the brink of losing its Olympic Games spot over governance, finance and refereeing issues dating back years. The IBA was stripped of involvement in last year’s Tokyo Olympics, and the sport is not on the initial programme for the Los Angeles Games in 2028, pending a string of reforms demanded by the IOC, which is running the boxing competitions for the Paris 2024 Olympics.

“The IOC is extremely concerned about the situation in the federation (IBA),” the IOC told Reuters in a statement on Friday.

“Amongst other concerns, the fact that the recognised Ukrainian National Boxing Federation was suspended shortly before the IBA Congress for disputed reasons.”

The board said it would review the situation at its next meeting, scheduled for December 5-7.

The IBA, run by Russian businessman Umar Kremlev, suspended Ukraine last week, in a move that meant the federation could not cast a vote at a meeting that decided not to hold a fresh presidential election.

The IBA does not recognise Kyrylo Shevchenko as president of the Ukrainian federation but instead considers Volodymyr Prodyvus, an ally of Kremlev who left Ukraine after the Russian invasion of Ukraine in February and is currently, an IBA vice-president, as the head.

In an unprecedented move this week, the Ukrainian junior boxing team were told they must compete under the IBA flag at the European Championships in Italy where several bouts were decided by a walkover after Ukrainian boxers refused to enter the ring.

“The fact that the Ukrainian junior boxing team is not allowed to participate in the European Championship in Italy if they compete using national identifiers such as the national flag, anthem and any symbols of Ukraine adds to the many concerns expressed before,” the IOC said.

Last month, it had already warned that slow-moving reforms and IBA’s financial dependence on Russian energy firm Gazprom were of grave concern.

The Common Cause Alliance — a group of national federations that includes the United States and is campaigning to keep boxing in the Olympics after 2024 — said the suspension of Ukraine was a violation of the IBA constitution.