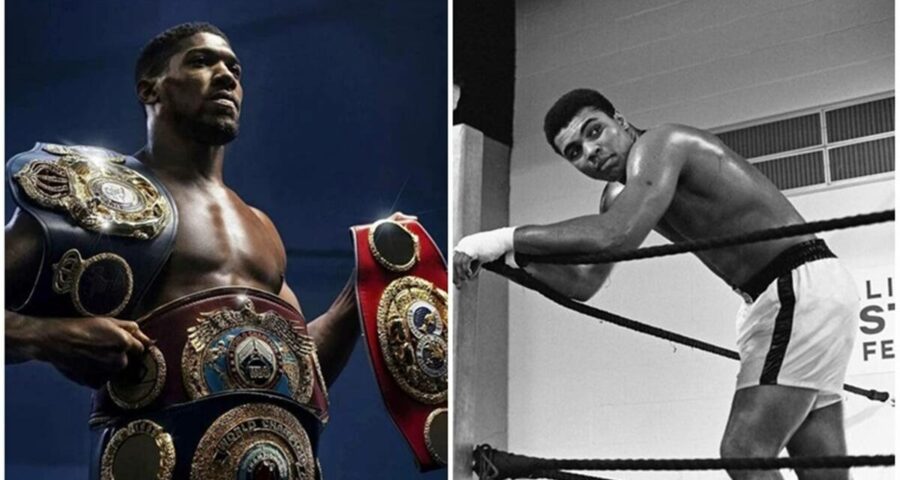 Given Anthony Joshua's status, one would imagine that WWE would be eager to work with him in whatever capacity possible. Boxing heavyweight champion Anthony Joshua revealed that he is keen on working with WWE in the near future.

Speaking on the Alternative Sport Show, the current WBO, IBF and WBA (Super) Heavyweight Boxing Champion was asked if he was a better UFC fighter or WWE Superstar.

He even spoke about which theme he would like to use, naming either Stormzy’s Shut up or Push It To The Limit from Scarface as his WWE entrance music.

If Joshua does make it to the four-square ring, he wouldn’t be the first. His future opponent Tyson Fury defeated Braun Strowman by count-out at WWE Crown Jewel 2019 and former Heavyweight Boxing Champion Mike Tyson is a WWE Hall Of Famer, with several special appearances in the company over the years.

For the uninitiated, Ali didn’t actually have a match with WWE. Instead, he was one of the many A-list names brought in to help promote the first WrestleMania – where Ali served as one of two special guest referees in the Hulk Hogan & Mr. T vs. Roddy Piper & Paul Orndorff main event of that inaugural Showcase of the Immortals event.

At the age of 31, Joshua does have the personality and look to be the star at WWE, and given his status, WWE would also love to work with him.