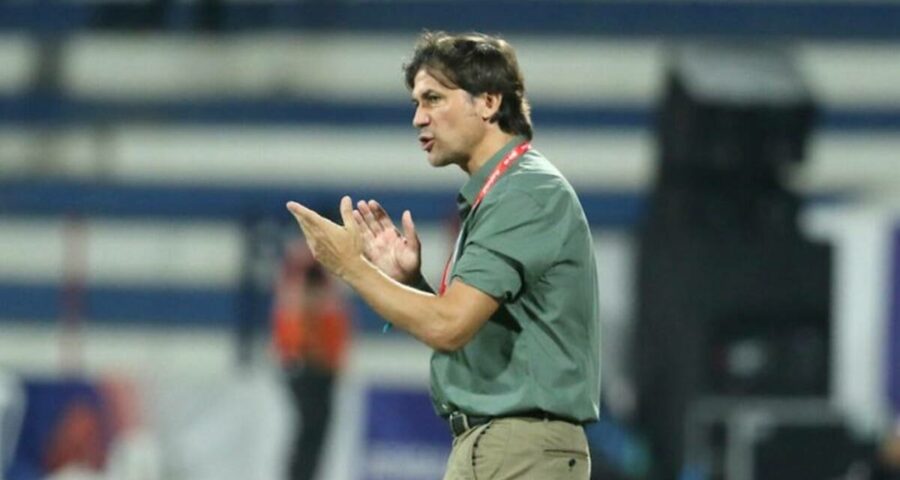 Carles Cuadrat parted ways with Bengaluru earlier this month, in the middle of arguably the toughest phase the former champions of India are going through. 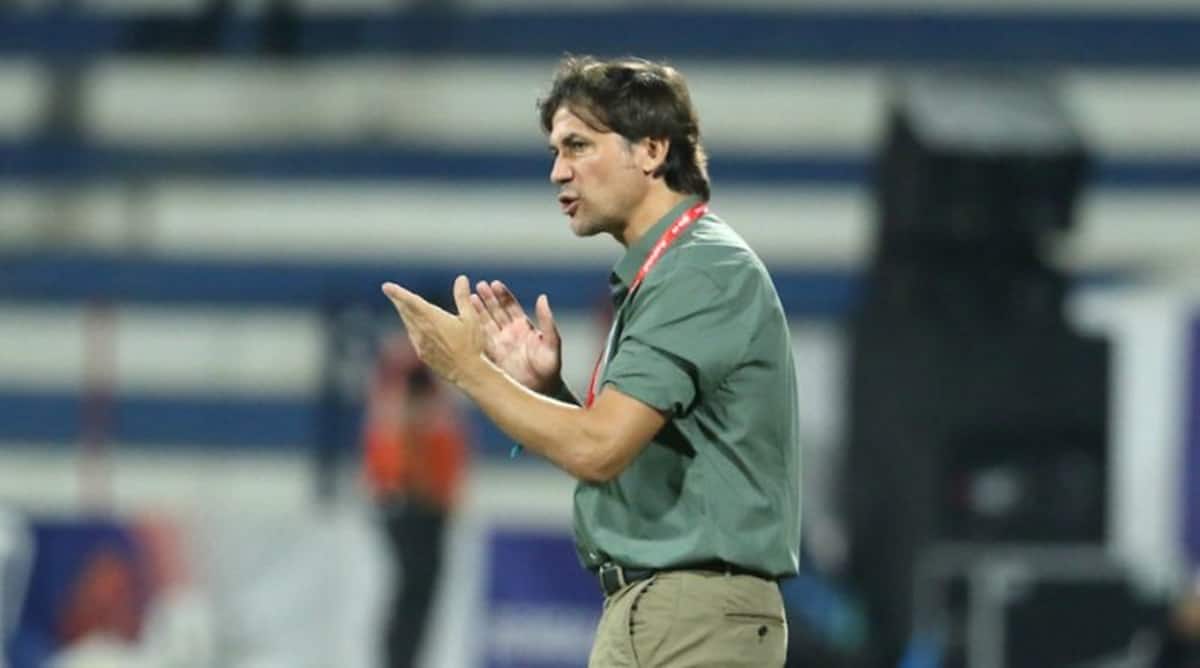 In his five seasons in India, first as an assistant coach and then as the manager of Bengaluru FC, Carles Cuadrat has won the Indian Super League and I-League titles, and overseen the development of several Indian players who have gone on to become mainstays of the national team.

He parted ways with Bengaluru earlier this month, in the middle of arguably the toughest phase the former champions of India are going through. In an interview with The Indian Express, Cuadrat talks about the situation at the club, the quality of domestic talent and the need for Indian football to be ‘realistic’.

Do you think it was a fair decision to remove you as the manager?

It is not a very common situation in any football league to be separated from the coach when fighting for a place in the playoffs, just one point behind the third-placed team, and with a real chance of being league champions again. But it can happen; the world of football is complex, with a lot of pressure and many interests. Bengaluru made the decision because they weren’t happy with the results and the way we were playing. I have to understand that. The criticism was that this did not look like the usual Bengaluru team. There was something lacking in terms of style and quality…

The club’s vision was based on three legs; win titles, play with a good game philosophy, and produce young Indian players. It is an ambitious, but difficult equation, in any tournament in the world. If you put a lot of inexperienced young talents or new players to play, many times you will pay for it with poor results or inconsistent style of play. You can bring them in little by little as we did with Suresh (Singh) and Ashique (Kuruniyan), but if you want to put four or five young players, you will surely have more problems. I adapted to what was asked of me, but if you lose some important players and you do not replace them well, then you will suffer more to play well.

Were you happy with the players at your disposal?

I think this squad can be champions again. They are a very professional group of players who have won many trophies. Since we started the adventure in 2016 reaching the AFC Cup Final, many players are still in the team and show match after match that they can still compete for trophies. The 2019 champion team deserved to defend their title on the pitch, but the football industry is a tough business, and decisions were made that caused us to lose important offensive players from 2019 (Miku, Xisco) and crucial defenders from 2020 (Nishu, Serran).

Even after losing important players each season, the team has continued to compete as we saw last year, when we reached the playoffs and remaining just one goal away from the final. This season, the team was prepared to fight again to reach the final. I still think the players will get it, and I told them so in my farewell speech to them. 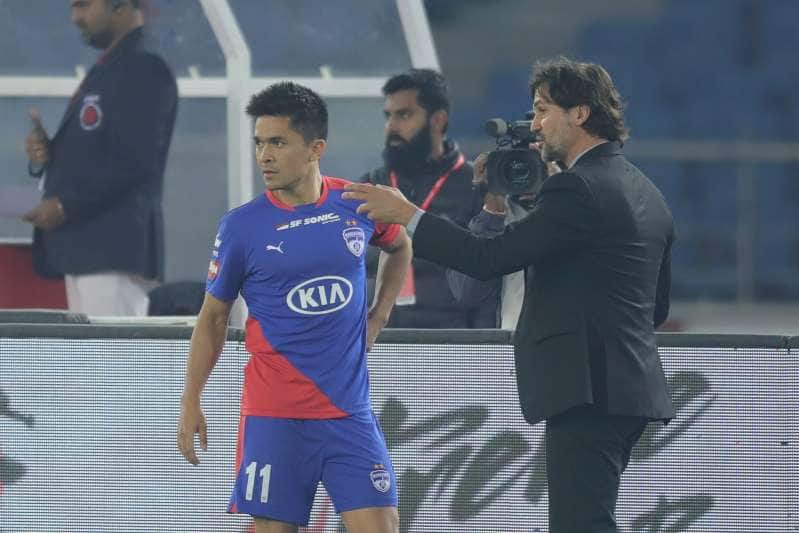 Sunil Chhetri played a lot as Number 9, a role he doesn’t look very comfortable in…

There is no question that Sunil is the best attacking player in India. He has been for the last 15 years and he is still the best. But a lot of times, I have been playing him as a Number 9 because the Number 9 who was with our team was not available. Remember, two seasons ago when Miku was injured, I asked Sunil to sacrifice for the team and play as number 9. Last season when Onwu was injured, Sunil sacrificed again.

This season, we tried three different options for a number 9 with the foreigners so Sunil was playing as a left-winger, the position where he gets his best results in terms of goals and assists. The physicality of foreigner central defenders in the ISL is improving so it’s becoming difficult for Sunil to fight in a Number 9 position against players like Mourtada Fall, Lambert, Fox, Tiri… it is very difficult and also there is not a lot of space. On the other hand, if he plays as a winger, he is very dangerous going inside, heading or taking shots with the right foot.

Sunil still has a lot of things to give to Indian football but he needs to have players around helping him. For example, with Miku it was a very good combination because he was a kind of number 9 that could give a pass to Udanta and Sunil and also create that space for them. It was a winning combination for us. The players that have replaced Miku have not been able to fill that gap and provide that kind of balls to Udanta, Sunil or whoever was playing as wingers.

You mentioned Udanta Singh, but has he lived up to the promise he had shown?

Udanta helped us a lot to become champions in 2019 but sometimes it just depends on the player. There is not much that can be done from the outside. They have to step up during the bad times. And we’ve all seen that Udanta hasn’t been making the right decisions for a while, he’s not playing his natural game: he’s not succeeding in dribbling one-on-one, he’s not crossing when he gets into position, he is not creating goal shoot situations. Things are not going well enough for him and we have a problem to solve, he has to work on that. He is not reaching the level that he was in 2019, where he scored five goals and gave three assists. But he is only 24 years old and he is a fantastic boy. I hope that with work, confidence and mental strength he can return to those levels soon. 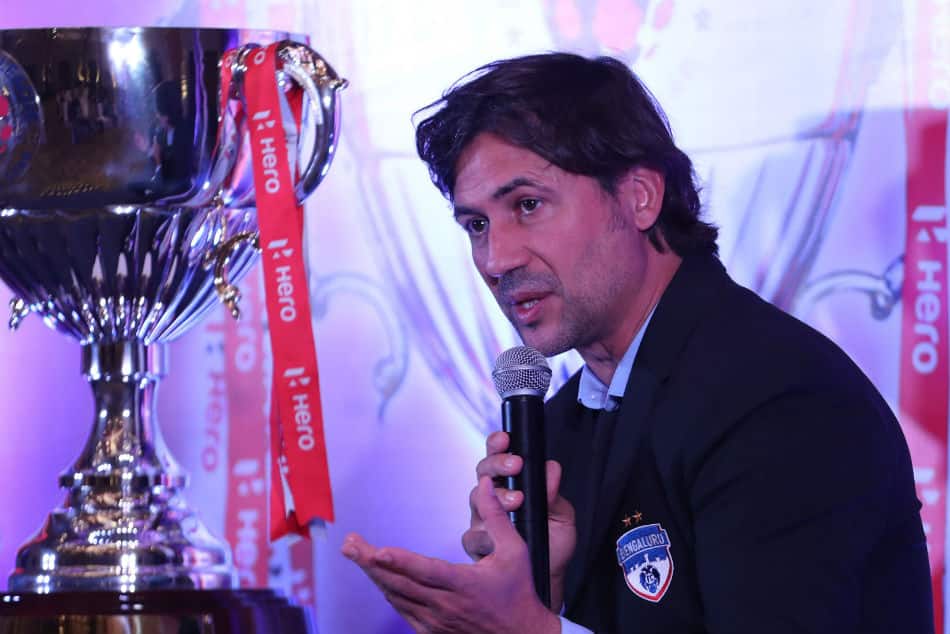 East Bengal manager Robbie Fowler recently said some Indian players don’t look like they are coached. Do you agree?

I guess Robbie’s comments were misunderstood. We come from Europe and from a young age, 9 or 10 years, players get incredible ways of training.

We have to understand that’s not yet happening in India and one reason for that is it is a huge country with some limitations like good facilities, high-level youth competitions, good nutrition habits for athletes, etc. But the fact is that a lot of players, when they join a club, are not mature enough to play at this level and hence you see mistakes in the Indian league that you don’t see in other top competitions in the world.

I guess that was the message from Robbie Fowler. ISL is putting a lot of effort to have a nice show, a nice product by bringing new coaches, bringing good foreign players, bringing some good things for the game but at the same time, we cannot pretend we are growing fast because the truth is not all the players are ready for that kind of game.

What do you think is the level of Indian players?

We have to be realistic. Sunil was trying his best in Europe and he was not making an impact even in Sporting Lisbon’s B team. And he is the best player in India. And if we see the national team of India, it is still difficult for them to get results. Look, we did a pre-season tour in Spain in 2018 and we lost 1-0 against Villarreal B and 3-0 against Barça B. And we end that season being India champions.

Most of the Indian players, in Spain they will struggle to be a part of teams in Segunda B. Not in La Liga, not in Segunda Division, it will be Segunda B – the third tier. If you see players like Xisco or Aridane, they have been players who mostly played in Segunda B and not Segunda A. And when they are in India, they are superior to the majority of Indian players. There are not a lot of players who could get importance out of the country.

But ISL is improving the level, and there are some who could be competitive out of India. Players like Ashique, (Anirudh) Thapa, Sunil, Gurpreet (Sandhu), Arminder (Singh), Suresh… If the players of the U-17 World Cup 2017 generation have the chance to play a lot of ISL matches, they can be a good National Team in 5 or 10 years. Indian football has to be realistic. Indian football is evolving, but we have to see, for example, what will happen next month when FC Goa plays in the group stage of the (AFC) Champions League. It will be a difficult challenge and it will be interesting to see what results are produced. 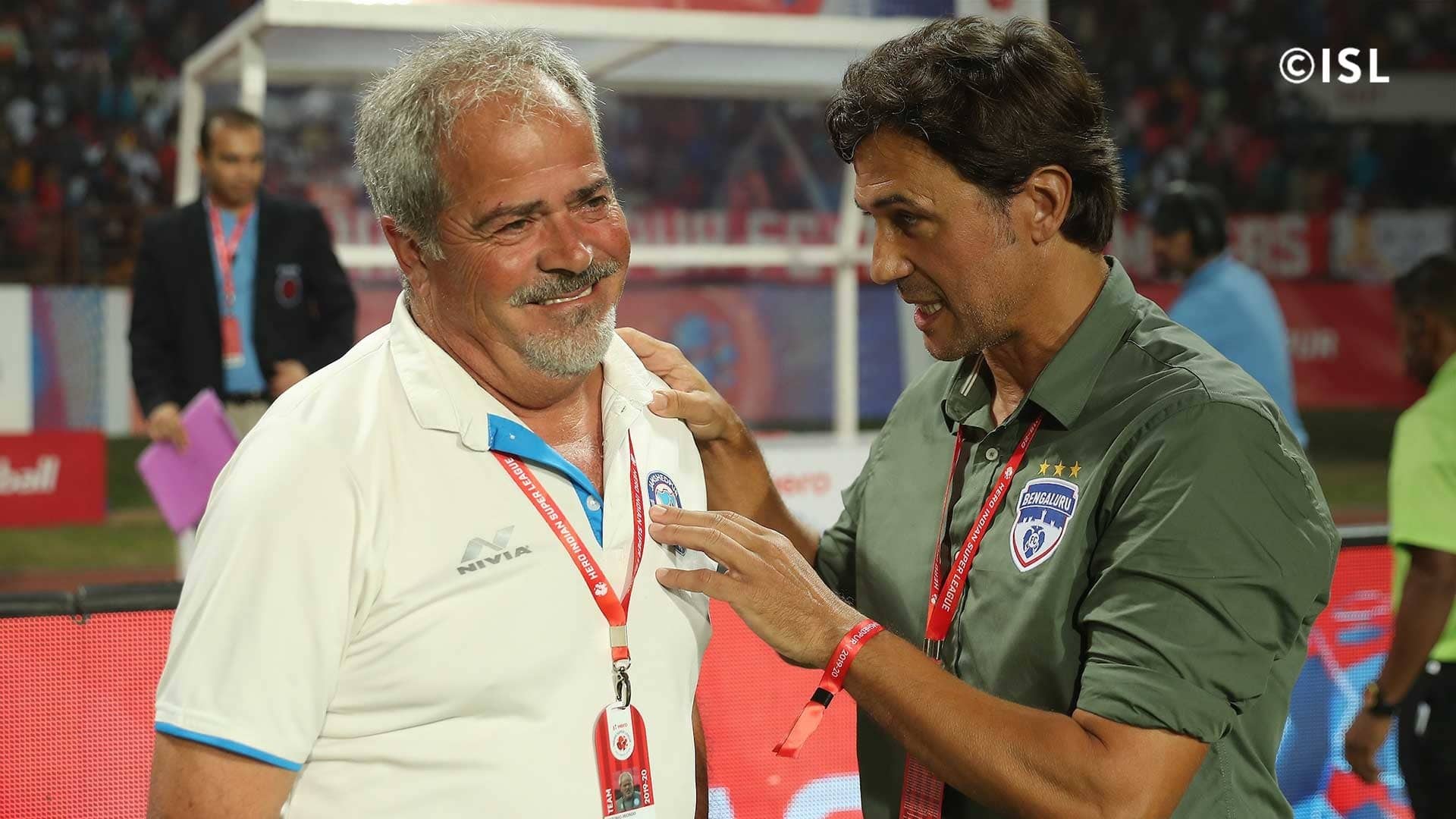 In your time here, have things changed in India?

It is improving and the players are developing well. I can say that because for Sunil or Udanta, it was easy to make a difference 3-4 years ago and now it’s not so easy because full-backs in other teams have developed and are getting better players. Tactical systems also have improved, foreign coaches work getting teams more compact.

The ISL is working very well to improve Indian football, no question about that. The clubs are doing a lot too. I have seen how Bengaluru work rigorously with the youth academy but what we cannot pretend is the players arrive in the first team and become protagonist from Day 1. They need time in the competition to develop as players.

What should be done to improve the league further?

It’s good that there will be only four foreigners next season because it will give more opportunities to Indian players. They will get to play more matches and gain experience since the number of teams will also increase soon. Another area is the referees. If you want to be a top league, you have to avoid so many mistakes as it affects the performance of the players. I know that the Indian Federation and ISL are working on improving it. But overall, Indian football is going in the right direction.