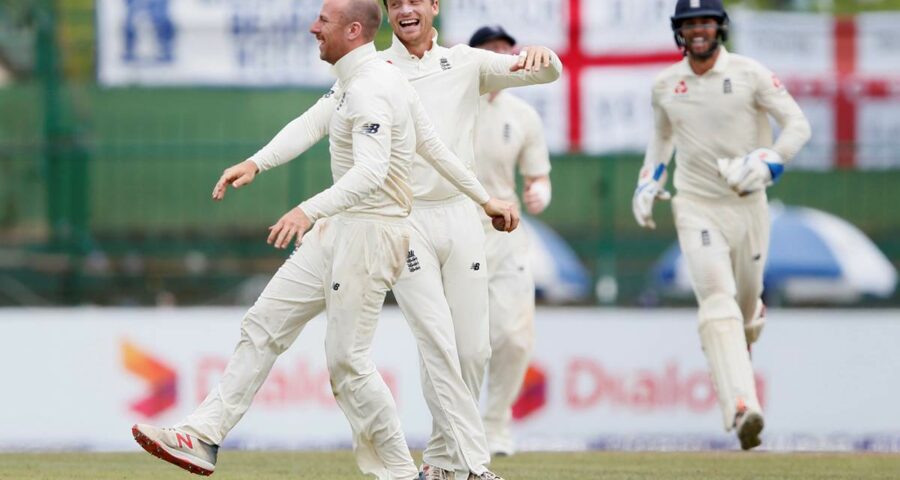 The leg-side trap has become famous since India used it in Australia but its real deployers have been England captains. The leg-side trap has become famous since India used it in Australia but its real deployers have been England captains. If Douglas Jardine used it with pace against Don Bradman, Nasser Hussain enforced it with the left-arm spin of Ashley Giles against Sachin Tendulkar in 2001.

Joe Root has Jack Leach’s left-arm spin at his disposal. The 29-year-old got 10 wickets in the two Tests in Sri Lanka. His 44 wickets in 12 Tests have come at a strike rate of a shade over 62. The Indian batsmen, however, are widely considered as the best players of spin. So would Leach fall back on Giles’ method against Virat Kohli and Co?

“It could be, definitely. That’s something we talked about in Sri Lanka; changing our angles… Speaking to Joe Root; something that he found very helpful bowling over the wicket. I prefer to bowl round the wicket. I feel I have got more dismissals in play (from round the wicket) and I don’t want to change something just because someone else did it. I think it’s about sticking to your strengths. But it might be something that we can use at some point for sure,” Leach said on Monday.

In 2001, against an Indian batting line-up comprising Tendulkar, Rahul Dravid, VVS Laxman, Sourav Ganguly and Virender Sehwag, Hussain successfully employed the leg-trap, with Giles bowling to a packed on-side field to the right-handers and targeting the leg-stump area. Giles got six wickets in two Tests with an economy of less than two runs per over. And although England lost the series 1-0, Hussain was hailed for his tactical ingenuity.

Left-arm spinners usually use the leg trap more as a defensive option. The ploy cancels out LBW, to start with. It’s about testing the batsmen’s patience and forcing them to commit mistakes. India have several stroke-players in the top order who do not like to get stuck at the crease.

At the same time, unlike their English counterparts who rely heavily on the sweep, Indian batsmen revel in their wristwork. Also, their shot-making range allows them to pick gaps. Because of the proliferation of T20 cricket, modern-day batsmen are a lot more comfortable playing the reverse sweep against left-arm spinners bowling to a leg-trap.

In 2012, during England’s Test series-winning campaign, Monty Panesar’s quick left-arm spin proved very effective. He bowled an attacking line and snared 17 wickets in three Tests. But Leach would like to bowl at his own pace.

“Monty bowled an amazing pace, strong pace (that) on the spinning wickets can be very tricky. For me, I’m probably not going to be bowling at the same speed.”