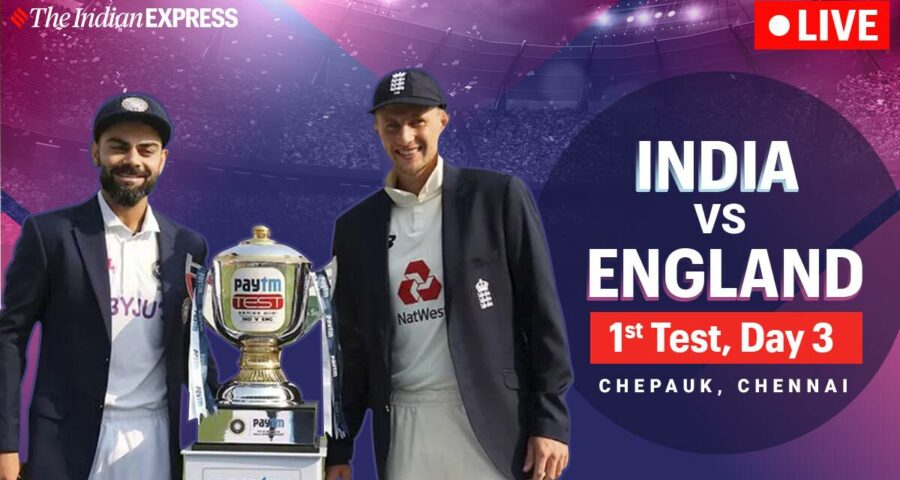 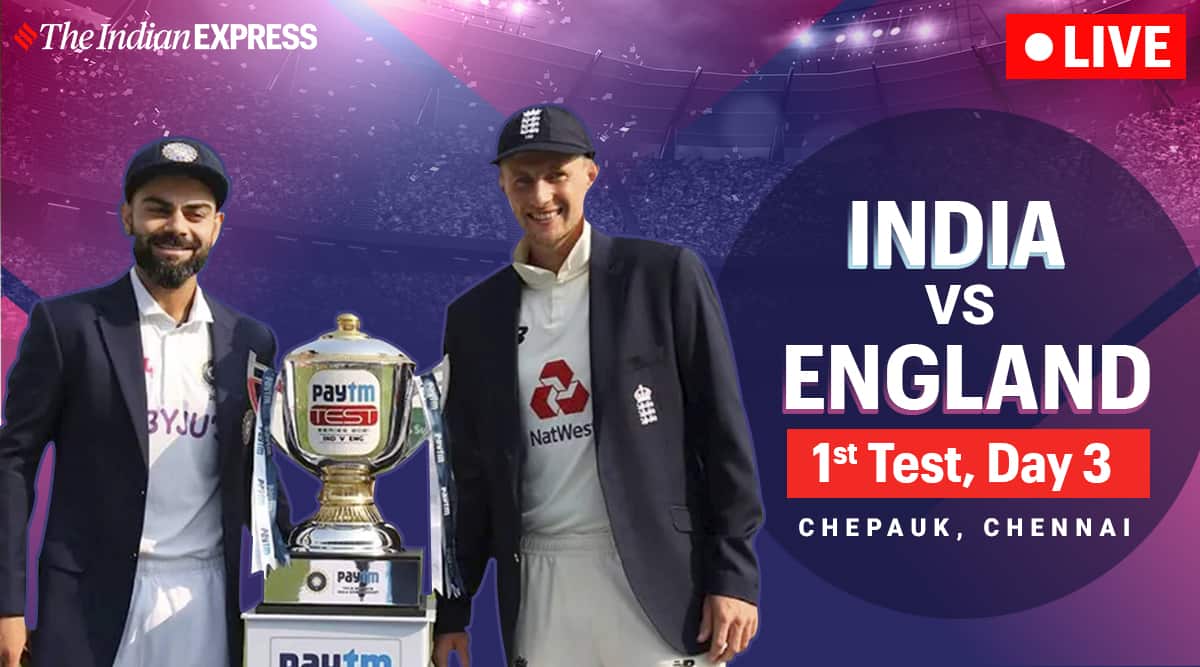 India vs England (IND vs ENG) 1st Test Live Cricket Score Online Updates: England begin day three of the first Test against India at 555/8 with Jack Leach (6 not out) and Dom Bess (28 not out).

England ended day two with an intimidating total, built around Root’s 218 which was the result of a near nine-hour effort in which he faced 377 balls. Root became the first cricketer to score a double hundred in his 100th Test but more importantly, it was an innings that will be archived for future generations as a ready reference on how to play spin on Indian pitches.

England’s batsmen frustrated Indian bowling throughout the day. There was little help from the pitch, even with the odd low bounce. However, through the last session, there was more spin extracted from the surface.

“It’s dustier than what we saw yesterday. A few more rough marks for the right-hander too now. Turn and bounce might be on the slower side though giving the batsmen a little extra time,” says Deep Dasgupta on the broadcast channel.

“Initially, it was a typical subcontinent wicket,” said Ben Stokes after play last evening. “But Nadeem got a couple to kick out of the rough, and I said to myself, I’d rather get caught deep square taking the attack to him rather than get caught short leg being defensive.”

“There’s obviously more in the wicket for the spinners than the seamers, and you’ve got to give a lot of credit to Ishant (Sharma) and (Jasprit) Bumrah for the way they run in. We’ll need to do that as well,” Stokes said.

Bumrah finished day two with 2/81, while Sharma took 2/52. The latter took a brace off consecutive deliveries in the final session as England was pegged back. Sharma made it a double blow when he bowled Jos Buttler (30) and Jofra Archer (0) off successive deliveries in the 170th over. Ravichandran Ashwin finished the day with 2/132. India bowled 19 no balls so far in this innings.

England finished day two against India at 555/8 after Joe Root scored his fifth Test double hundred. Root scored 218 runs, facing 377 deliveries, and hit 19 fours as well as two sixes. At close of play, Jack Leach (6 not out) and Dom Bess (28 not out) then batted out the remaining session.