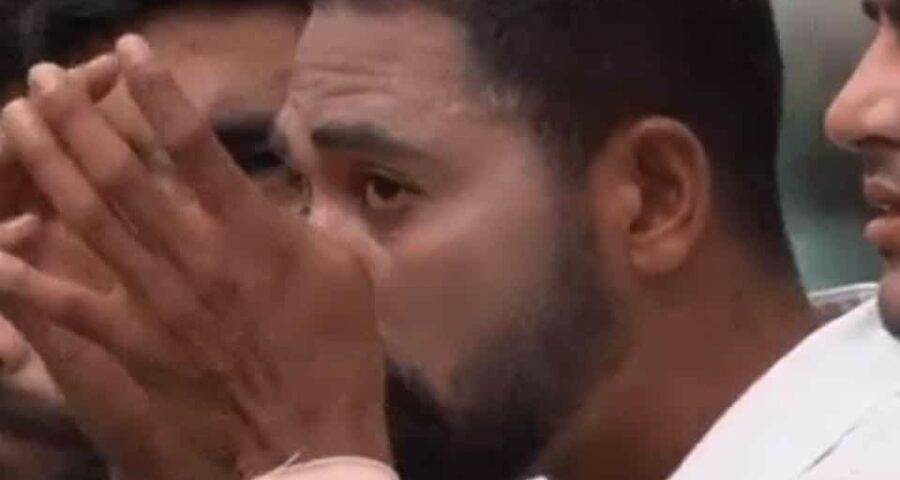 Mohammed Siraj was overwhelmed by the magnitude of the third Test between India and Australia being played at the Sydney Cricket Ground. The fast bowler who made his Test debut in the second match of the series at the Melbourne Cricket Ground, tore up while singing the national anthem moments before the start of play on day 1 of the SCG Test on Thursday. Tears came rolling down Siraj’s eyes and it wasn’t until the end of the anthem that the fast bowled wiped them off.

Everyone was aware of how much being part of India’s Test squad has always meant a lot to the 26-year-old Siraj, and if there were people doubting it, this is a big an indication as any. Leading up to the Test series, Siraj had to overcome the personal tragedy of losing his father, Mohammed Ghaus, on November 20 last year, around a week after the Indian team had landed in Australia. Siraj could not return home due to Covid-19 restrictions and missed his father’s funeral. Playing his first Test for India was a moment Siraj knew would have made his father mighty proud.

“It was my (late) father’s dream that Siraj should represent India in Tests … he always wanted to see him (Siraj) in blue and white jersey to represent the nation, so our dream got fulfilled today,” Mohammed Ismail, Siraj’s brother had told PTI from Hyderabad after the fast bowler had made his debut last month.

Hence, when he took the ground with his teammates, Siraj could not control his tears. But he put those emotions aside once he came on to bowl. After Australia won the toss and opted to bat, Siraj provided India with an early breakthrough when he had the dangerous David Warner out caught at first slip where Cheteshwar Pujara held on to the catch. Getting Warner early is a huge positive for India, and even though the Australia opener is far from being a 100 percent, the SCG is a ground where Warner has put up scores of 111*, 45, 56, 55, 113, 122*, 4 and 111.

In his maiden Test, Siraj finished with five wickets in the Test match. In the first innings, Siraj grabbed 2/40, including the wickets of Marnus Labuschagne – his first Test victim – and Cameron Green as Australia were all out for 195. In the second innings, Siraj was the best Indian bowler on display taking 3/37 as Australia folded for 200.