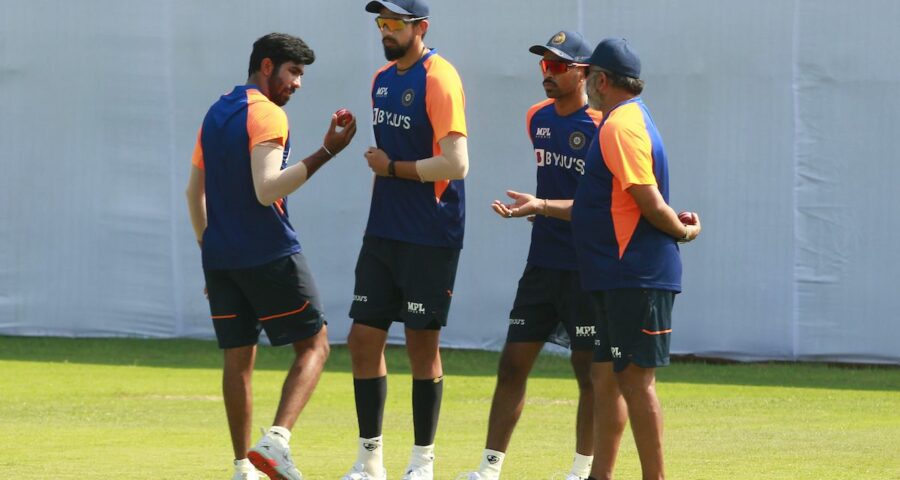 England welcomed back a fit-again Ollie Pope on Wednesday as batting consultant Jonathan Trott reminded them the importance of posting a big first-innings total in the four-Test series against India beginning on Friday.

Middle order batsman Pope, who injured his left shoulder against Pakistan in August, had been practising with the squad at Chennai’s MA Chidambaram Stadium which hosts the first two matches.

“The England medical team are satisfied that he is available for selection,” the team said in a statement.

England will need their batting unit to fire against India, who are eyeing a 13th consecutive Test series victory on home soil.

“Big runs early on in the first innings, like anywhere else, but in India, it’s really, really important,” former Test batsman Trott told a video conference.

“Playing spin and having your own method, and being able to execute that under pressure is probably the most important thing.”

India have traditionally been a spin hub but Trott said it would be a mistake to underestimate their pace attack led by Jasprit Bumrah.

“Certainly, we saw their pace attack in Australia did really well and they’re very talented, all-round with the ball… It’s crucially important to prepare for both.”

India are on a high after their 2-1 series victory in Australia but vice-captain Ajinkya Rahane ruled out any complacency as they chase a spot in the final of the inaugural World Test Championship against New Zealand.

“Not at all, we know every series, every game is really important, especially in (this) Test championship. What happened in Australia that was really special but that is past again,” said Rahane who led India in the last three matches in Australia after Virat Kohli returned home to attend the birth of his daughter.

“We are thinking about this series and taking one game at a time.

“What we learnt from Australia after losing the Test match in Adelaide and how we came back is — it’s all about staying in the moment.

“I don’t think we have to think too much about complacency or any other (thing), we know that what’s our strength and we know how the Indian wickets (pitches) behave. We respect England team. They did well in Sri Lanka, so basically we have to play good cricket, back our strengths and play as a team,” Rahane added.