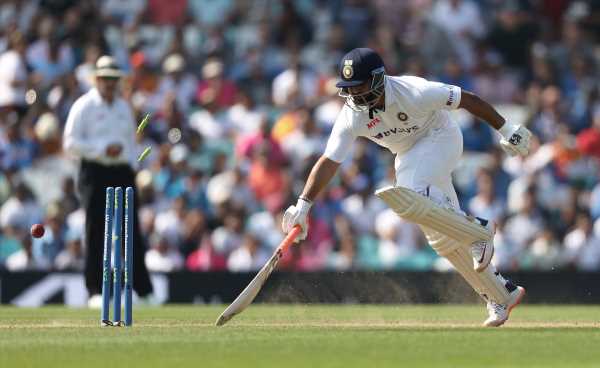 Rajneesh Gupta gives us all the important numbers from Day 4 of the 4th Test.

3 Number of Asian players to have aggregated 1.000 runs in both England and Australia. Virat Kohli joined Sachin Tendulkar and Rahul Dravid in doing so.

0 Number of instances before this match of first four Indian batsmen all scoring 40+ (Rohit Sharma 127, K L Rahul 46, Cheteshwar Pujara 61 and Virat Kohli 44) together in the same innings in a Test in England.

9 Number of players to make 50+ scores in both innings of a Test at number 8 or lower.

Shardul Thakur became the fourth Indian player to do so after Harbhajan Singh, Bhuvneshwar Kumar and Wriddhiman Saha. The complete list:

105 Balls taken by Rishabh Pant to score his fifty — his slowest in Test cricket.

Pant’s previous slowest fifty had come off 100 balls against Australia at Brisbane in 2021.

104 Number of wickets taken by Moeen Ali in Tests in England — the same as that of Tony Lock.

368 The target for England to win.

India have never lost a Test after setting a target of 368 or more.

On the other hand, England have never won a Test scoring this many runs in the fourth innings (362/9 against Australia at Leeds in 2019 being their highest successful chase).