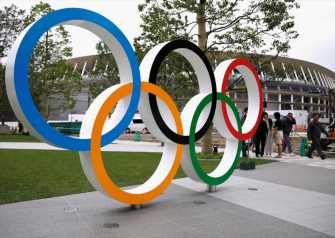 The Indian Olympic Association (IOA) risks being banned from the Olympic Games by December if it does not resolve a number of governance and election disputes, the International Olympic Committee (IOC) said on Thursday.

The IOC Executive Board also decided to postpone its session in Mumbai in May 2023 to September/October.

The IOA elections were due last December but have been held up by a court case seeking to change its constitution in line with rules stipulated by the national sports code.

The IOC said the issues should be resolved by the time of its session in December or the IOA would be banned, meaning that would stop Indian athletes from competing at any Olympics and block any funding to the IOA from the IOC.

“In order to agree on a constructive solution and establish a roadmap leading to National Olympic Committee (NOC) elections, the IOC will organise a joint meeting with all parties concerned later this month in Lausanne,” the Olympic body said in a statement.

“In view of the uncertain situation, the IOC Session due to take place in Mumbai in May 2023, has been postponed until September/October 2023.”

“Depending on the decisions taken during its next meeting in December 2022 relating to the NOC (National Olympic Committee) of India, the IOC Executive Board will decide as to whether the IOC Session in 2023 should be maintained in India or be relocated.”

The IOA was previously banned at the end of 2012 after elections saw a corruption-tainted official voted in as secretary general.

The South Asian nation returned to the Olympic fold two years later during the 2014 Sochi Winter Games after voting in a new set of officials.

The IOC also warned the Guatemalan national Olympic committee of a ban next year if a domestic legal dispute is not resolved.

Paris will hold the next summer Olympics in 2024. The 2026 winter Games will be staged by Milan and Cortina D’Ampezzo in Italy.