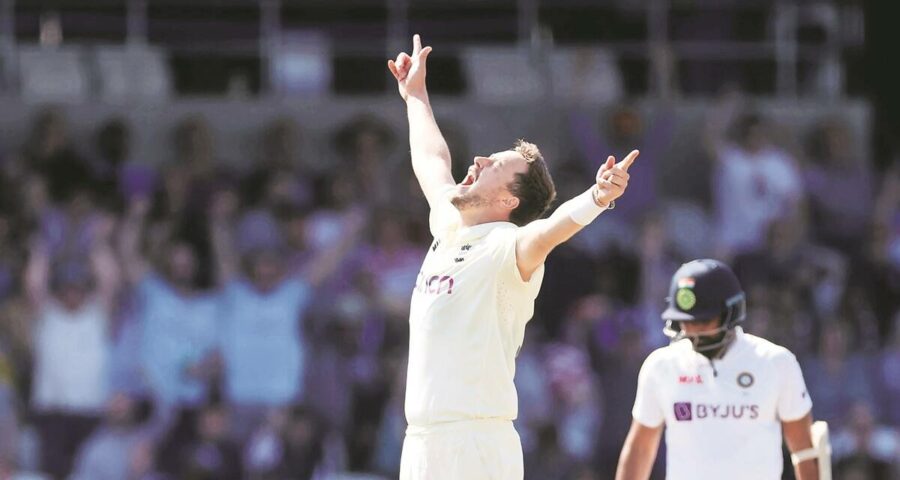 Several times, he turned up late for practice sessions, sometimes he didn’t turn up at all, and there were instances when he popped up at the wrong ground. 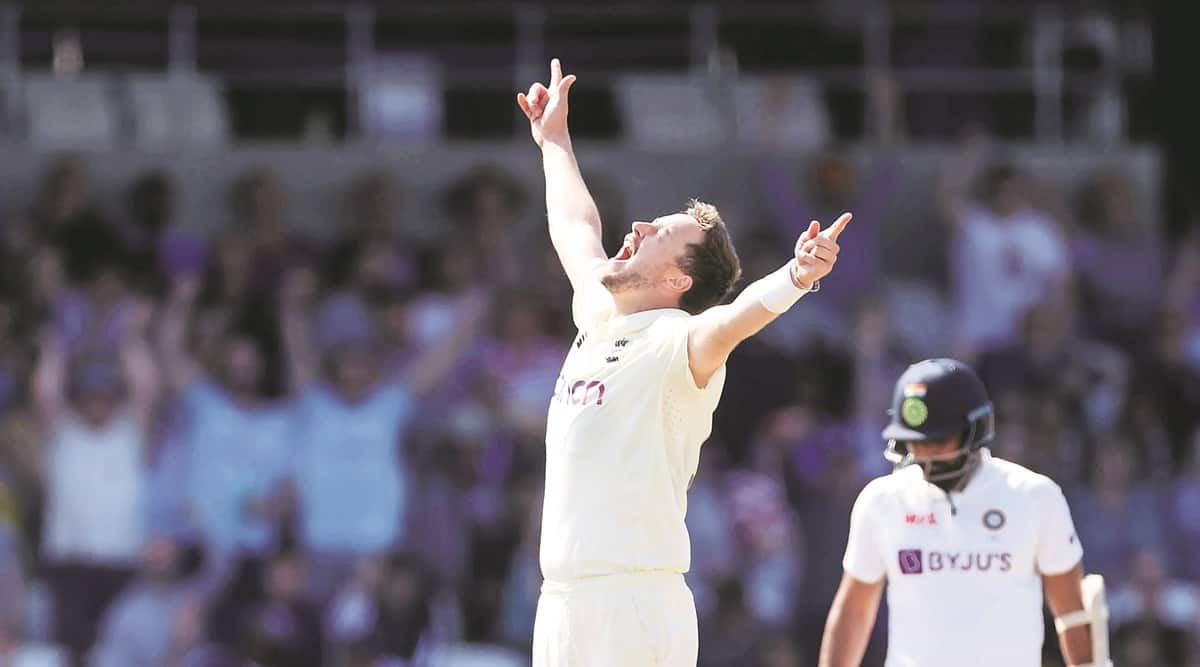 Seven years ago, after Yorkshire sacked fledgling seamer Ollie Robinson, then coach Jason Gillespie lamented: “When you see a very skilful young cricketer continually display unprofessional behaviour, at what point do you continue to tolerate when you have the whole squad being very professional? It’s not your right to play for Yorkshire, it’s a privilege.” Robinson was devastated, he felt the world was crumbling around him.

Robinson apparently had a long list of disciplinary breaches. Several times, he turned up late for practice sessions, sometimes he didn’t turn up at all, and there were instances when he popped up at the wrong ground. Robinson could not keep time because he was too homesick and missed his friends at home, in Kent, and ended up shuttling between the two places. Besides, he says, he was naive, a reminder of which popped up in June when he was banned for racist comments he had posted nine years ago on Twitter. But those days are clearly behind him.

But as he had demonstrated seven years ago, as well as now, he only harnessed the hurt to transform his career. Sacked from Yorkshire, he joined Sussex, where his career turned around and from 2018, he has been the most successful bowler in the county circuit, a marker of consistency that earned him an England invitation. He later reflected: “Getting sacked by Yorkshire was a blessing in disguise. It made me switch my life around and realise that I wanted to be a professional cricketer.”

Similarly, the most recent setback would only fuel him to assert himself at the Test level. After briefly fiddling with thoughts of taking an indefinite break, he has bounced back with 16 wickets in three Tests against India. Two of them were five-fors, the second at Headingley a vindication of his calibre as a world-class seamer.

The spell with the second new ball that blew out the flickers of India’s resistance, was an attestation of his skill, discipline and intelligence. The strip was flat, the sun was pounding down, and in the middle were two of India’s finest batsmen, Virat Kohli and Cheteshwar Pujara, both revitalised after runs on the third day and determined to carry India’s hopes. The new ball would invariably ally some movement, but the shining cherry would not automatically reap him a harvest. Robinson knew he had to plot his wickets. And he did with a serene menace.

He first nailed Pujara with a humungous nip-backer, which the Indian batsman had fatally shouldered arms. It was not a fleeting lapse in focus, but a clever change in length. Until then, or mostly throughout the match, he had bowled in the shorter side of good length, but here he pushed the length by a foot but not too full either. Most batsmen tend to leave a tall bowler on his length, assuming that the natural height and hence the bounce would take the ball over the stumps. The fuller length surprised Pujara. The massive bend was to fool him next. Robinson was mostly taking the ball away or angling it in from wide of the crease. Here, to go with the angle, the ball broke back fiendishly into his pads. The ball had not deviated off the surface as alarmingly as it had on that particular ball.

The Kohli-wicket over summed up his career the best. Kohli struck him for two gorgeous boundaries, a flick and an on-drive. But he produced one that jagged away off the seam after pitching. Lulling Kohli into a false sense of security and then hurling the knockout punch. Unlike Pujara, Kohli read the length as well as the line, but the extra bounce surprised him (just as lack of bounce had surprised Pujara). Robinson doesn’t use bounce as his primary weapon, as most tall fast bowlers are tempted to, but an ancillary device. Then kicked in the away movement —a fraction and not extravagant. Ala Kyle Jamieson.

Like the Kiwi, he has far more subtle tricks in his repertoire than you think he has. Back in his Yorkshire days, he just knew to seam the ball into the right-hander. Now, he seams it away and has learned to swing the ball both ways too. He’s picking reverse swing from Stuart Broad and the leg-cutter from James Anderson. In between, he squeezed in time to play club cricket in Australia for a couple of years for “holistic cricket education,” acquaint with the Kookaburra balls and make friends with his role model Josh Hazlewood, who handed over the club cap for the St George Club.

He is so much of a cricket nerd that his Sussex teammates call him the “Badger.” Maybe, right from childhood, there was too much cricket around him. His grandfather gifted him a cricket bat when he was three and used to take him to matches before he turned five. His father Ian was an active presence in the club circuit while his mother is so obsessive about the game that she has earned the nickname ‘Richie Benaud’ for the cricketing advice she dishes out to her son. “If I get out badly, I’ll get a message from my mum saying ‘that was a rubbish shot, wasn’t it?” he told BBC. His stepfather is former England keeper and assistant coach Paul Farbrace.

Ironically, overseeing his transformation is Gillespie, who joined Sussex in 2018. “I would say he is comfortably the most researched and well-prepared fast bowler I have come across in professional cricket. He does his homework and comes to team meetings just full of ideas. He watches the footage, gets information and formulates plans for each batsman with either the new or old ball,” he told The Guardian.

This comment of Gillespie would please him more. “He is a great example to others.” It sums up his transformation story. And of course, the wickets that keep piling up.