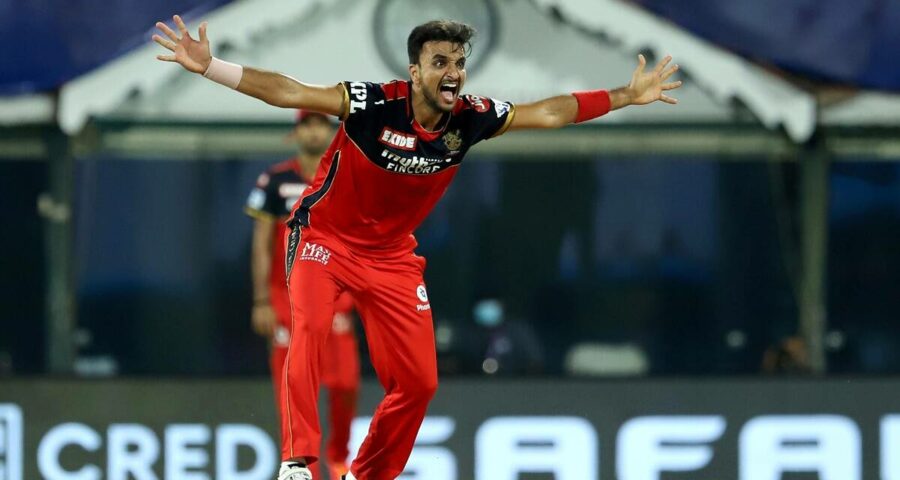 According to Harshal, he has been bowling those slower yorkers that got rid of Ishan Kishan and Marco Jansen, for almost two seasons now.

Harshal Patel was told well in advance that he will be death overs’ “pointsman” for Royal Challengers Bangalore, a role he played to perfection in the IPL opener against Mumbai Indians.

Harshal’s career-best 5 for 27 was one of the two match-winning performances for RCB with the other coming from AB de Villiers.

“When I was traded from Delhi Capitals, I was told what role I will play for the franchise,” the Haryana pacer said at the post-match press conference on Friday.

He was brilliant at the death and just like skipper Virat Kohli said, Harshal also knew that he is expected to perform the tough job for which he had planned meticulously.

“There were clear instructions that I will be bowling in the last two overs (he bowled 18th and 20th). That gave me a lot of clarity. It helped me prepare certain plans against batters and kept my preparations concise.”

Harshal said that change of pace and the slow yorkers have been his biggest strength.

“The ball started reversing at one stage. It was important to bowl the Yorkers and slower balls,” he said.

According to Harshal, he has been bowling those slower yorkers that got rid of Ishan Kishan and Marco Jansen, for almost two seasons now.

“Just that when you don’t get wickets of slow yorkers, people don’t tend to see that. I always had the yorker but earlier couldn’t take it into the game.

He did a lot of simulation of bowling yorkers during training session to get it right during the match.

Having played a lot of IPL cricket, he understands how situation can turn from good to bad.

“You always want to start well. I am in my 10th season and I know that how a season can quickly go from good to bad.”

Mumbai Indians opener Chris Lynn feels that his team perhaps missed a trick by not having a sixth bowling option against RCB.

“We missed a sixth bowler,” said Lynn, who was the top scorer in the game with 49 off 35 balls.

When asked why Hardik Pandya was not bowling, Lynn indicated that the all-rounder might be carrying a shoulder niggle apart from his workload management. “I exactly don’ know perhaps he is carrying a shoulder niggle. Obviously, when he bowls, he brings in a different dimension to our side. But I think it was more of a precautionary measure,” the Queenslander said.

A mix-up with Rohit Sharma led to the skipper’s run-out and Lynn admittedly was a bit nervous after that.

“These are part of the game. Yes, I was a bit of nervous,” he laughed.

“Yes, it’s a tricky situation if a tall fast bowler is confined in his room for two days. But we can’t give that as an excuse,” Lynn said.