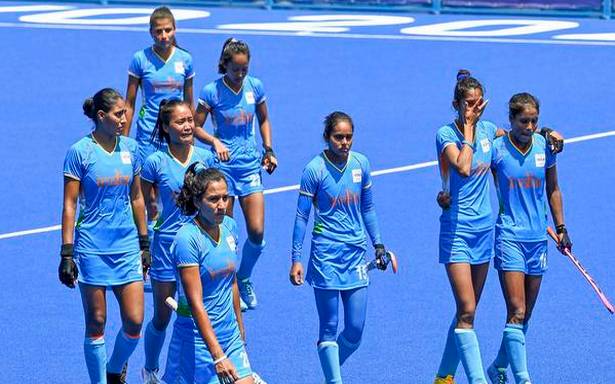 The Indian women’s hockey team missed out on a medal at the Tokyo Olympics but made the nation – long-starved of Olympic glory in hockey — dream again.

After losing its first three pool games, the team bounced back to win the next three matches — including the quarterfinal against the world number two Australia — to reach the semifinals.

One of the most crucial factors in this team’s success has been its fitness levels. The sweltering conditions in Tokyo were unforgiving and the Indians played five of their eight games under the beating sun. Strength and conditioning coach Wayne Lombard’s ingenious idea – to use pickle juice to help the players recover and avoid cramps – helped the girls to give their best in trying conditions.

“Recovery is a multifactorial process. A couple of things we looked at: one, you need to be fit enough to cope with the demands of the game. If you are fit enough, your recovery process becomes a little easier,” Lombard says.

“We do proper cool downs and ice baths. The other aspect is that we use different supplements. We use pickle juice for cramps in case there’s lactic acid (formed in the muscles). There’s some good research in pickle juice that it gets the membranes (in the back of your throat) to respond and send signals to the brain to release the muscles, so they don’t have tension. We use pickle so that they don’t cramp, and it seems to have worked,” Lombard says after the heartbreaking 4-3 bronze medal match loss to Great Britain.

“I’ve got about 100 little shots of it. The girls would have it after breakfast when we had back-to-back games. It depends on when the game is and then at the onset of cramps, they’d have additional shots if required. There are two ways to consume it: either you have it as a shot or you can gargle it so that your membranes get it and then you spit it out. It’s literally just raw pickle. nothing fancy.”

Lombard, who had earlier worked with JSW sports and trained wrestler VInesh Phogat, said a lot of his work went on to improve the fitness markers. “What I want to see is that they are robust and resilient from game to game. (Doing it for) one game is easy, but my whole focus is can they do it for eight consecutive games and put a team like Great Britain, who have got more support staff than anyone and have all the facilities in the world, under pressure in heat like this,” he says.

To showcase how far this Indian team has come along, he notes the drastic improvement in their yo-yo test results. “The yo-yo test numbers when I came were probably averaging around 16-17, now it’s between 19 and 21. The girls are really fit to run a 20 or 21, our fittest girl ran a 22 — that’s some serious running. The guys run about 23,” he says.

The yo-yo test target for the Indian men’s cricket team is 17.1 and skipper Virat Kohli has a yo-yo test score of 19.

South African Lombard has enjoyed every bit of his four-year journey with the Indian women’s hockey team. “When I was asked to take this position, I was told this would be work cut out for you. I took that as a challenge. If I am good, I could make anyone better. When I first arrived and saw the profile of the players, I thought there is a lot of work. It was a process to get them to buy in and trust me as a person first, and then looking at the physical side and getting them to understand the process,” he says. “I am now at a stage with the girls that I can give them a workout to do, and they can go and implement it. That was my goal: I wanted to empower them to make their decisions by the time I am finished here. If they can do a gym session or a conditioning session without me, then I know I have made them better athletes.” he says.