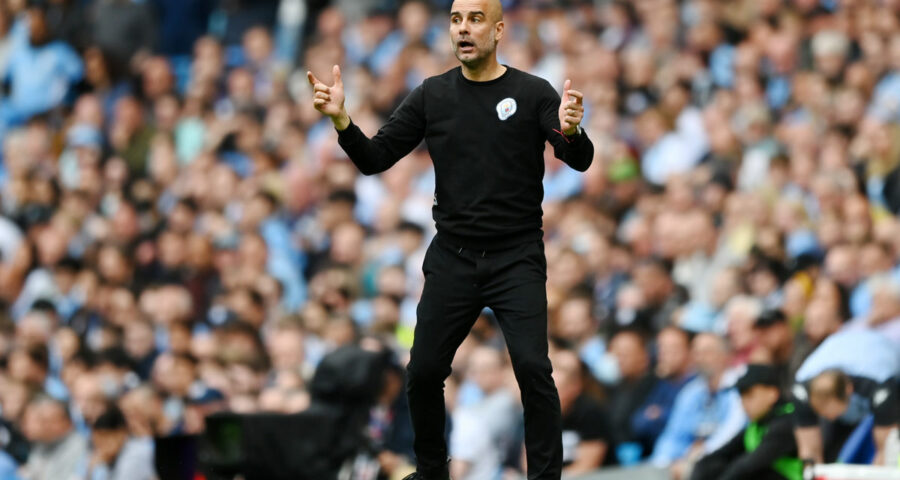 Pep Guardiola etched his name in the history of English football after guiding Manchester City to the English Premier League title.

City won its fourth EPL title in five years with a 3-2 comeback win over Aston Villa in Sunday’s final game.

The Spaniard became the most successful foreign manager in the history of English football, after clinching his fourth Premier League crown.

The Manchester City manager went past Frenchman Arsene Wenger and Portuguese Jose Mourinho who both have three Premier League titles to their names.

All the managers above former Barcelona and Bayern Munich boss Guardiola in the all-time EPL winners list are born in the British isles.

Please click on the images for glimpses of Pep’s peppy celebrations after City’s come from behind win over Aston Villa, which helped Guardiola’s club to nose just ahead of Liverpool to win the EPL title. 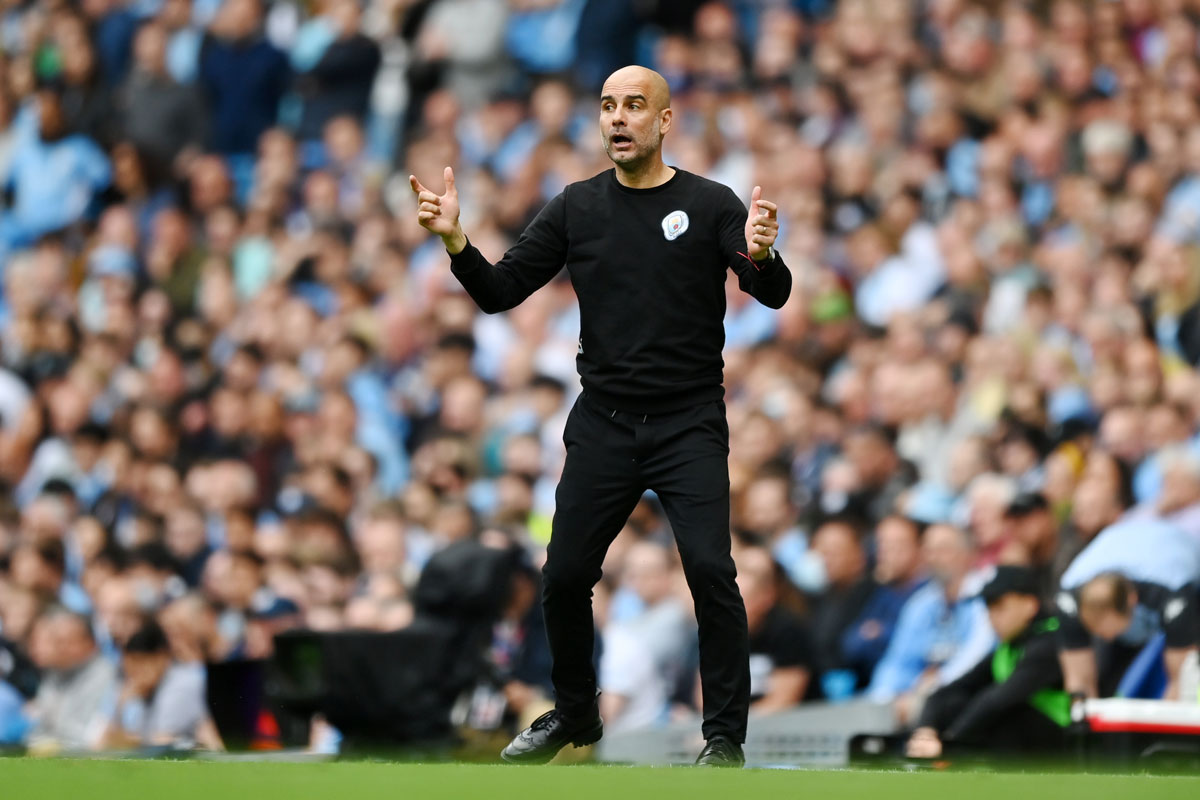 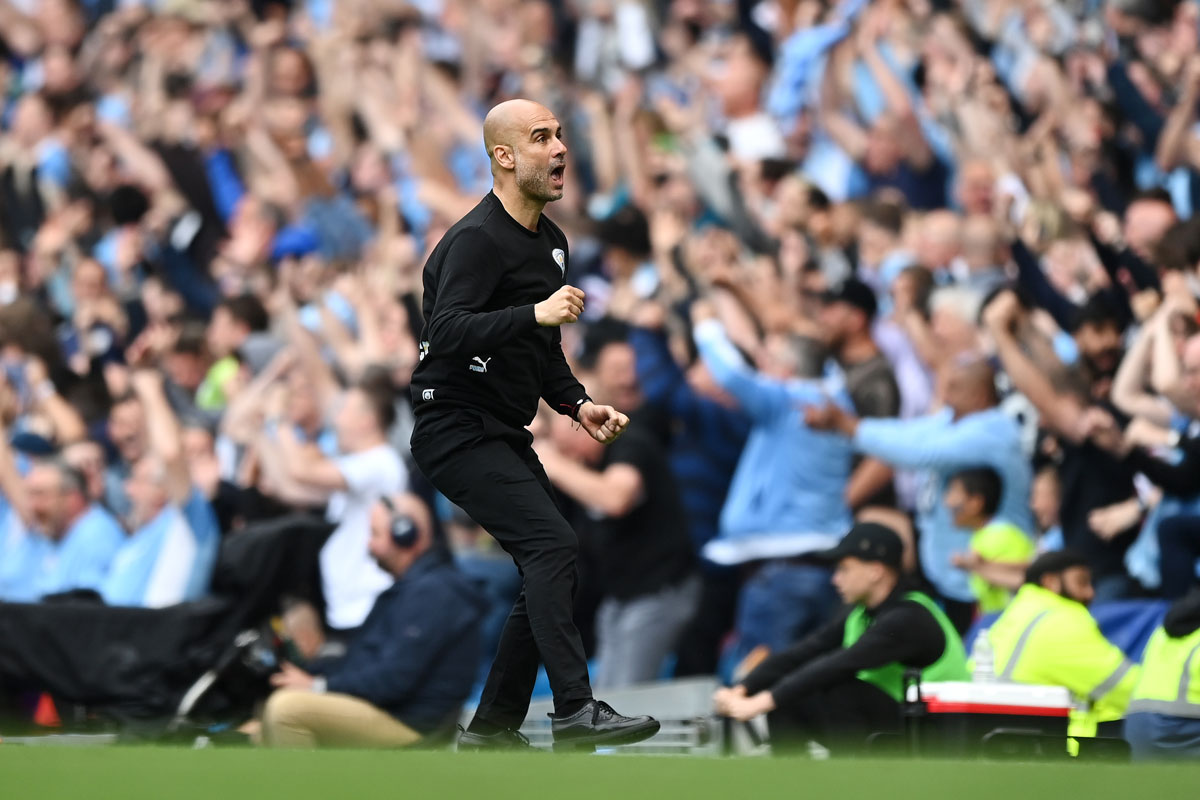 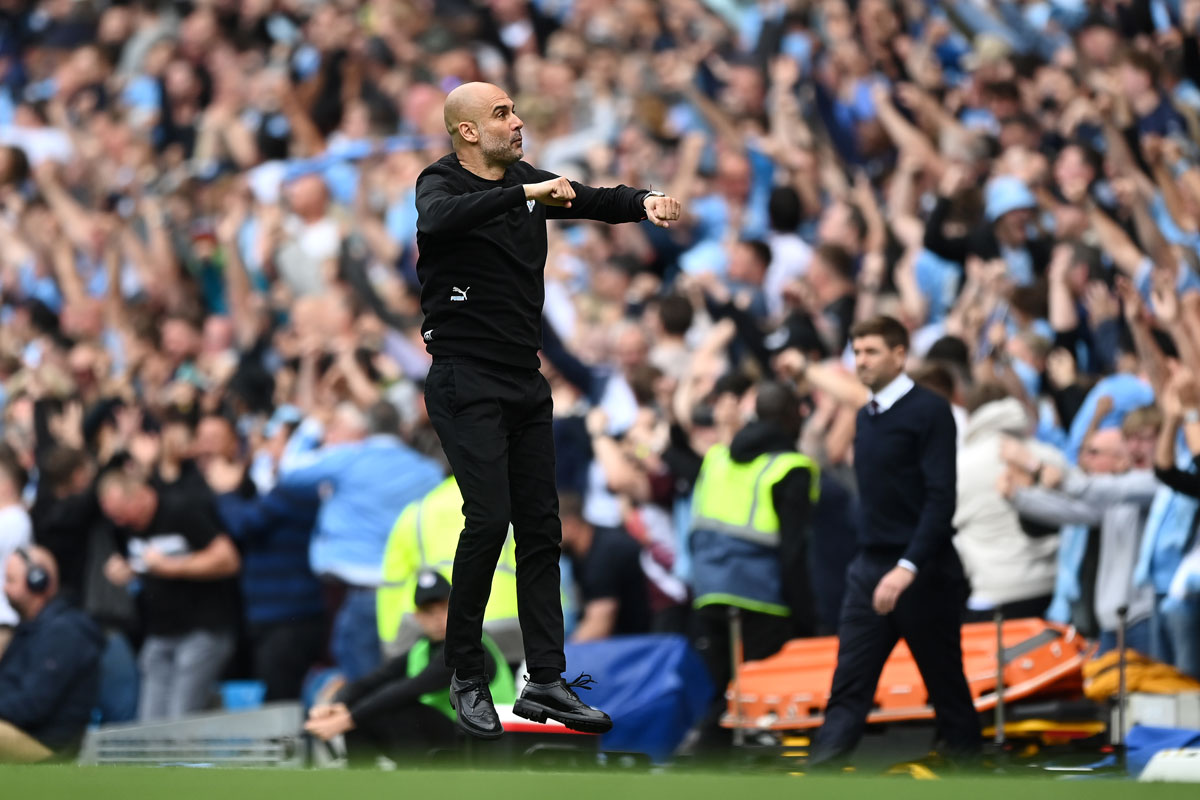 IMAGE: Pep hailed the City fans, saying the atmosphere at the Etihad stadium had been the best he had experienced.
Photograph: Shaun Botterill/Getty Images 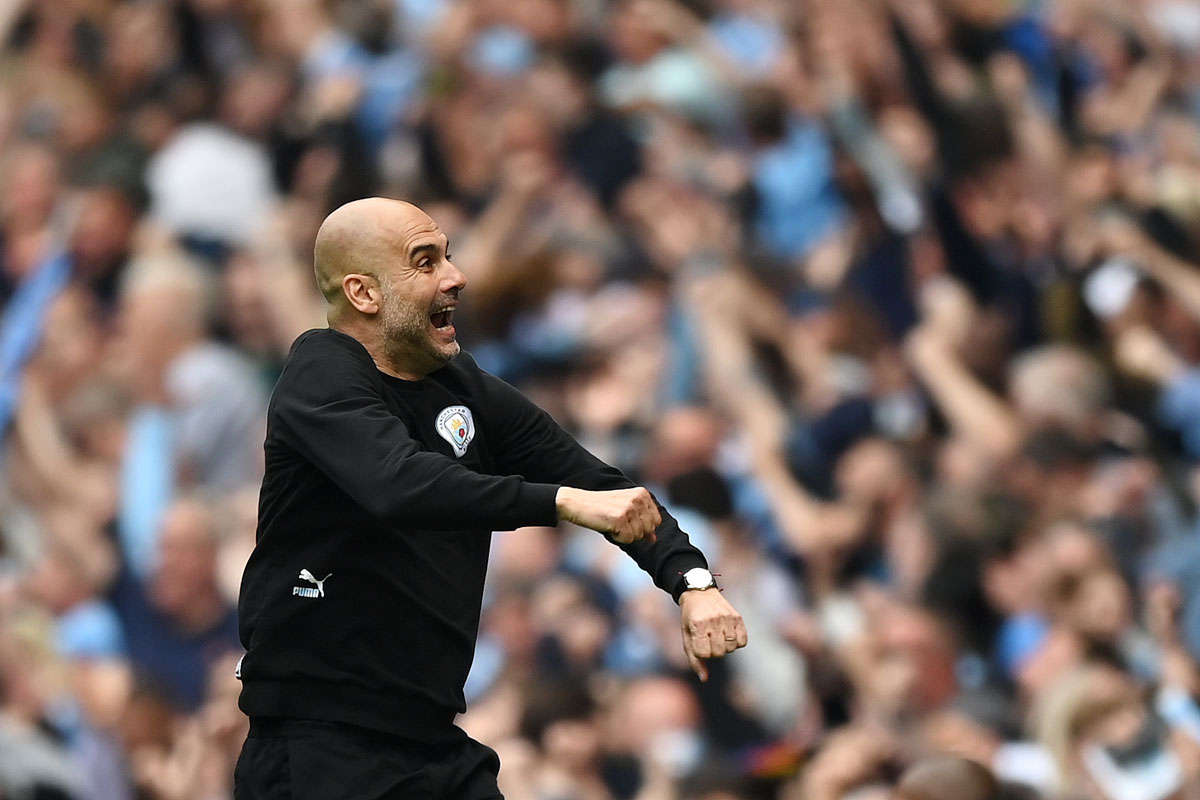 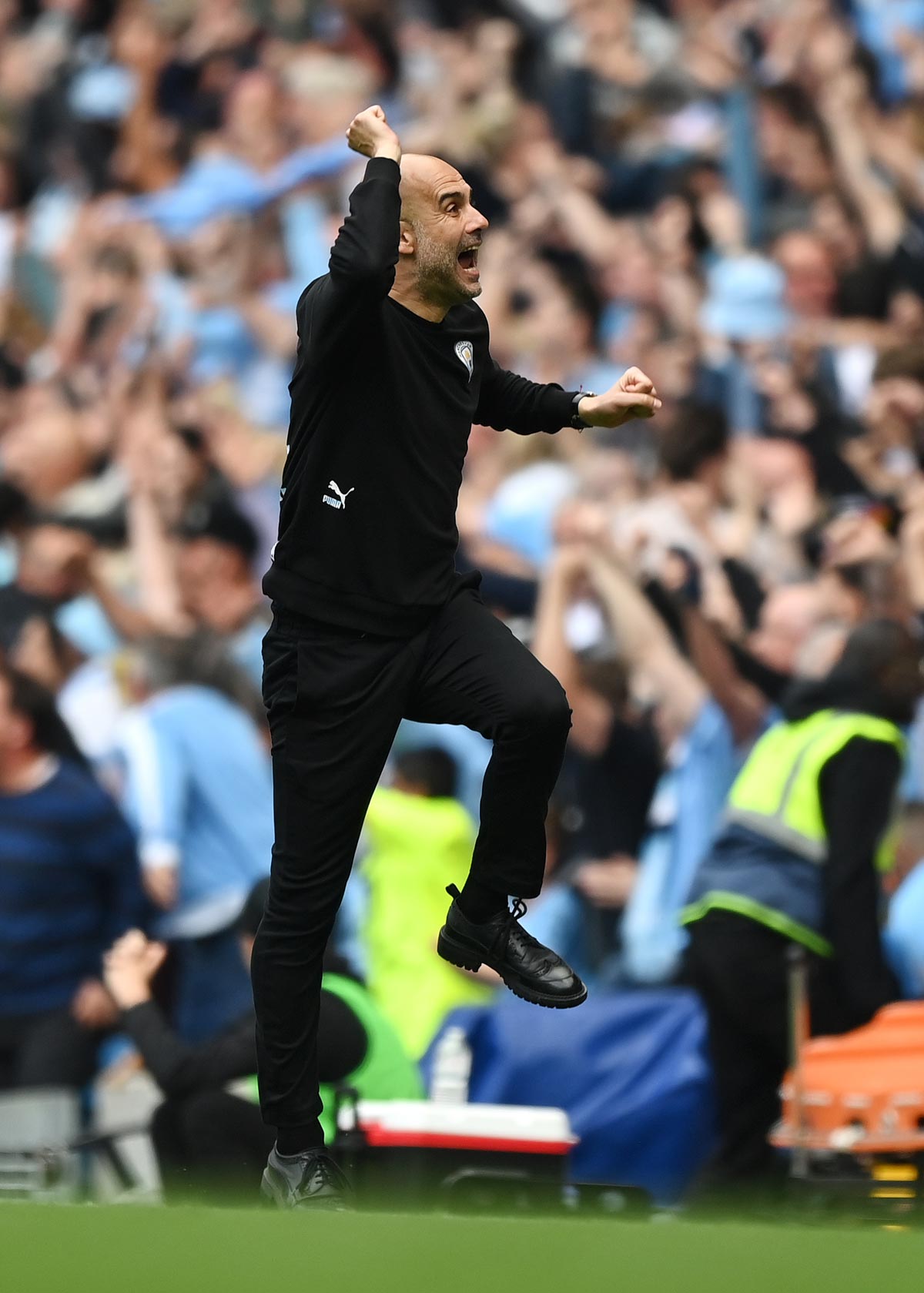 IMAGE: City left it all to the last game in the Premier League, winning the title by a mere point over Liverpool on one of the most entertaining days in EPL history.
Photograph: Shaun Botterill/Getty Images 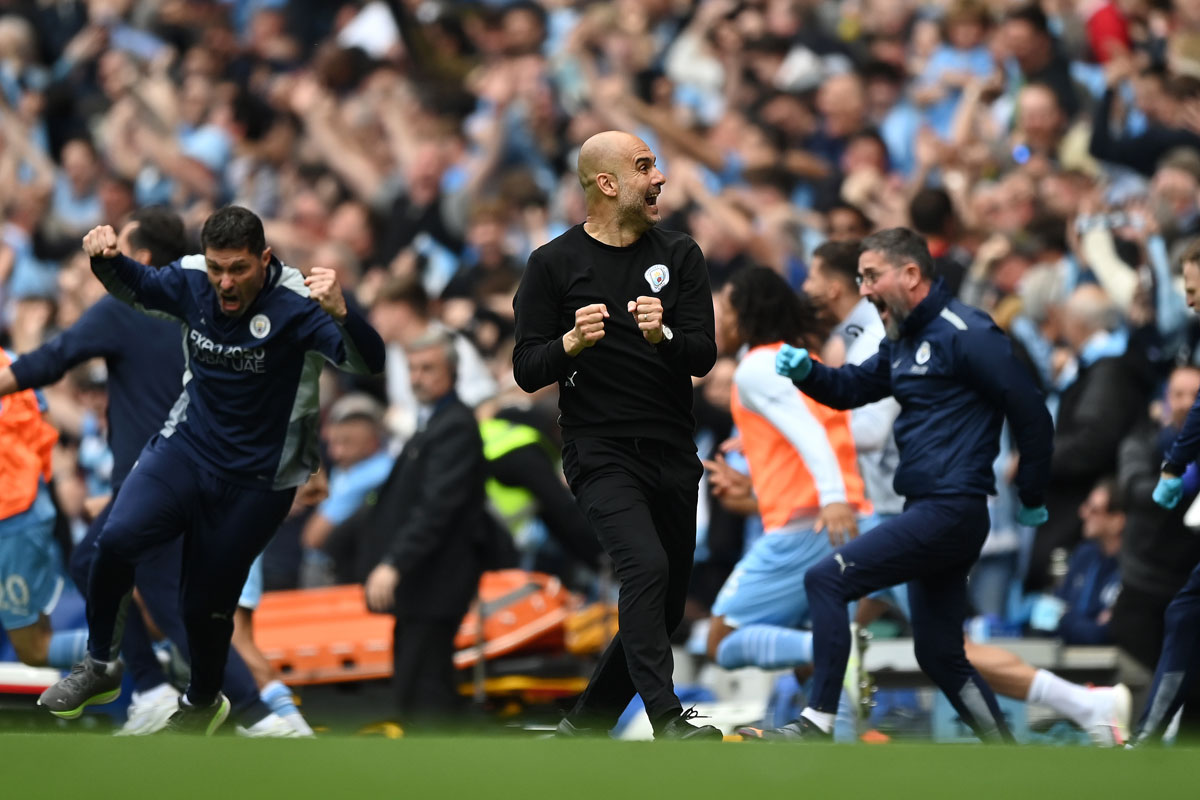 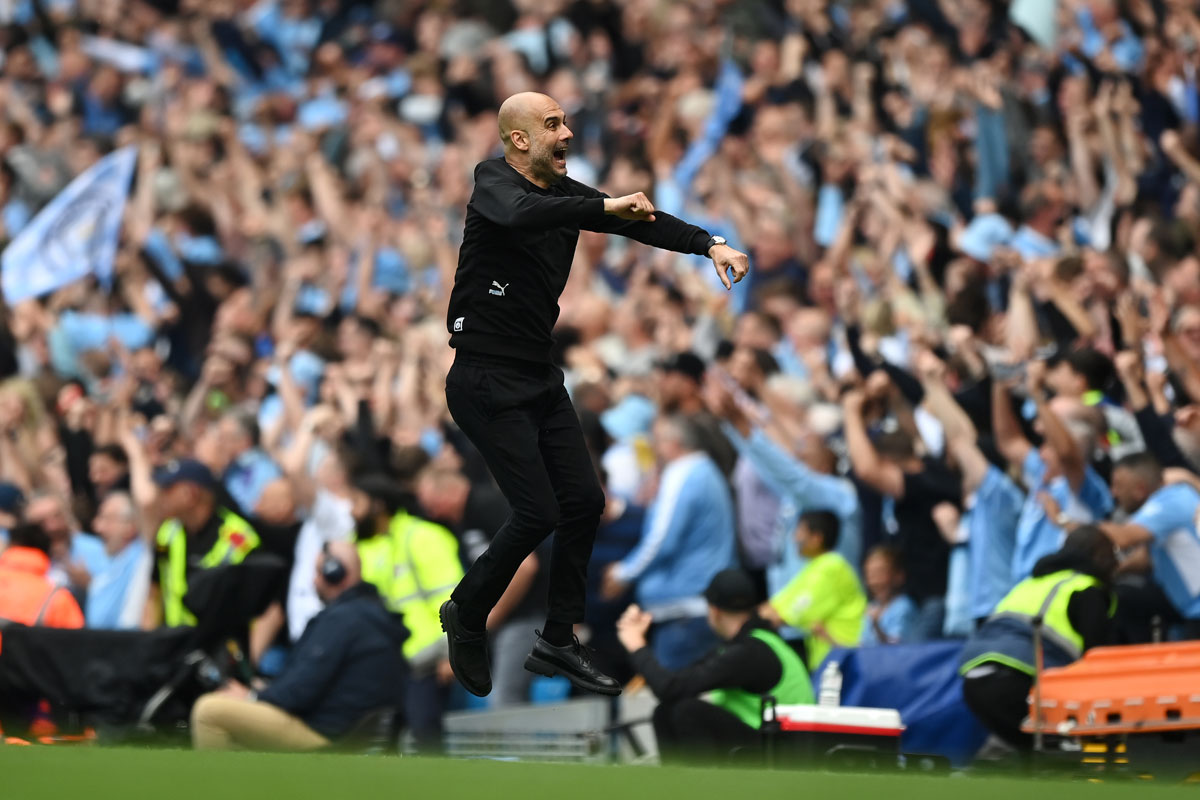 IMAGE: City bounced back from two goals down to beat Aston Villa 3-2 with three goals inside an electrifying five minutes late in the second half.
Photograph: Shaun Botterill/Getty Images 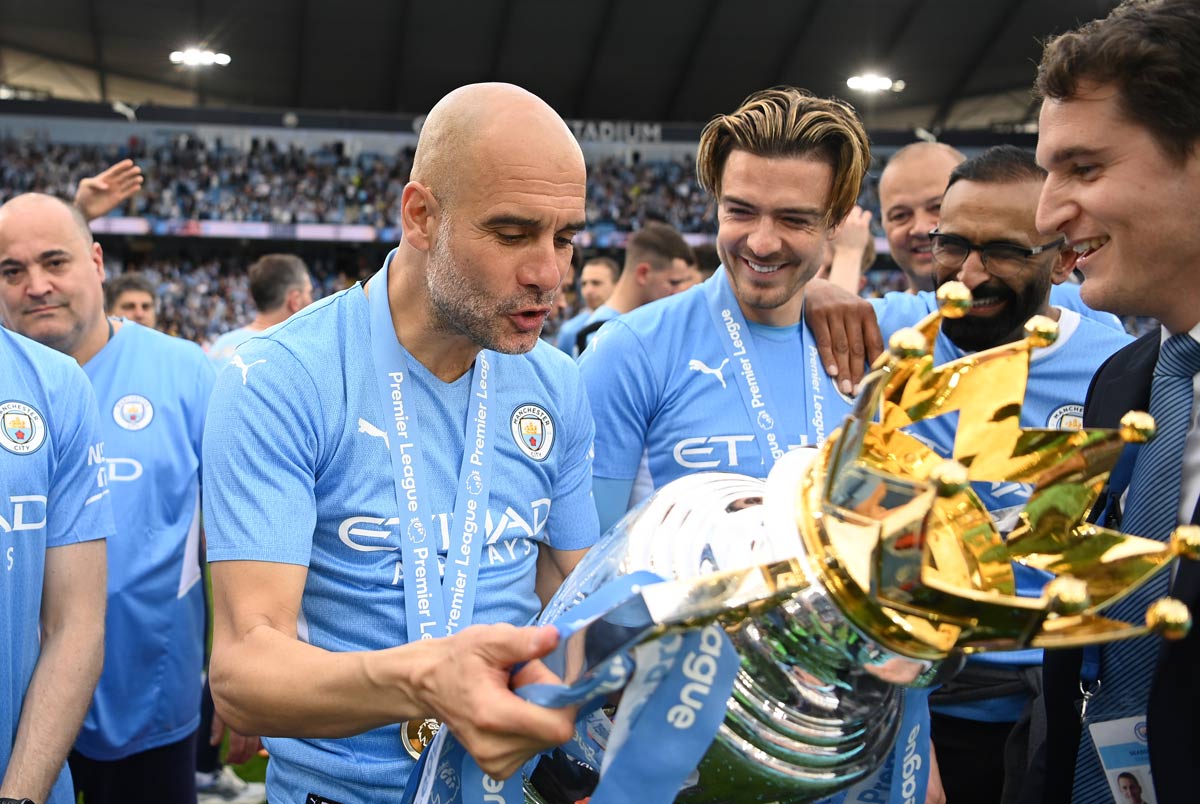 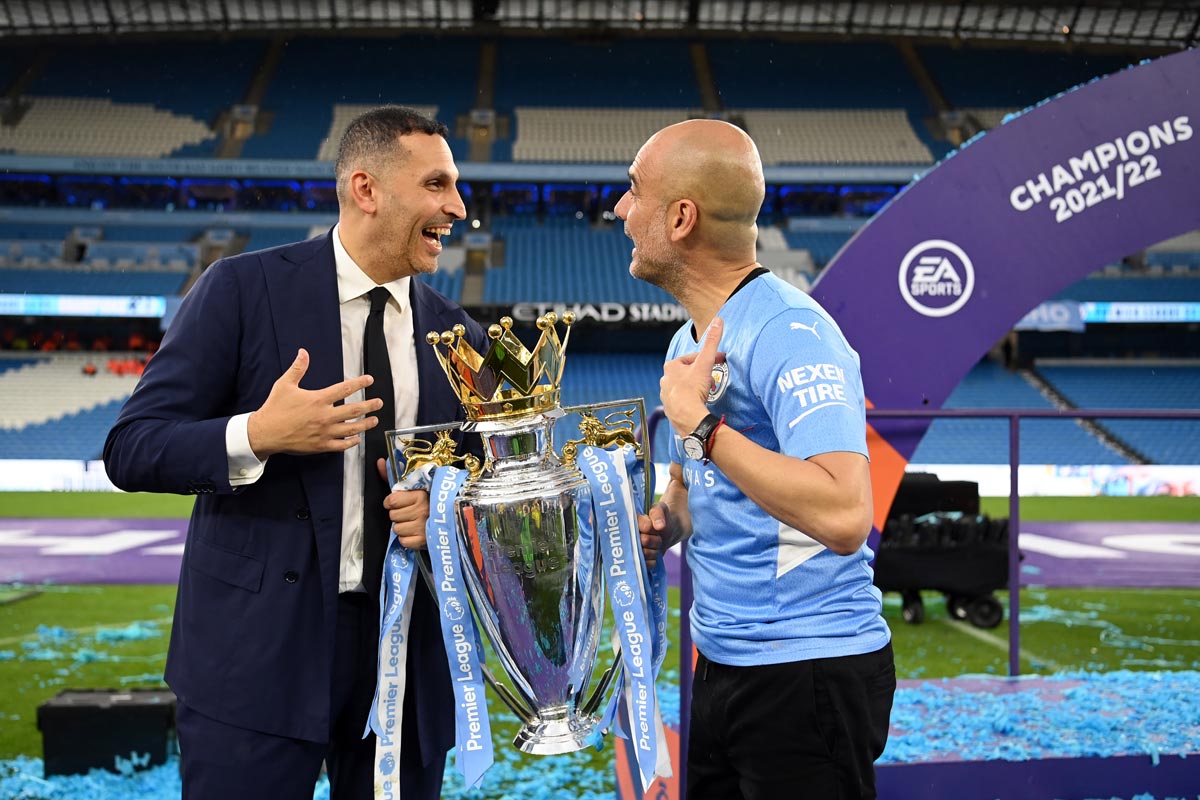 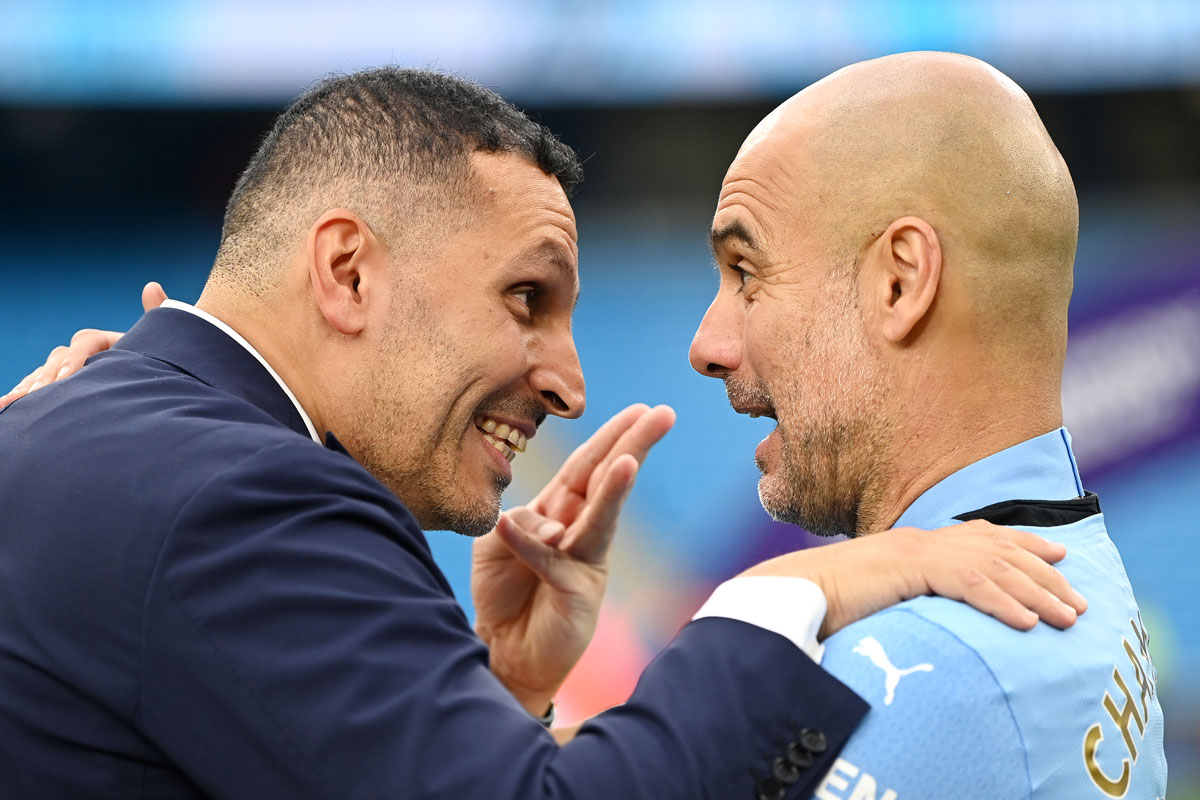 IMAGE: Khaldoon Al Mubarak, Wikipedia informs us, ‘holds senior positions within the government of Abu Dhabi’ and is one of that emirate’s senior business leaders and diplomats.
Photograph: Shaun Botterill/Getty Images 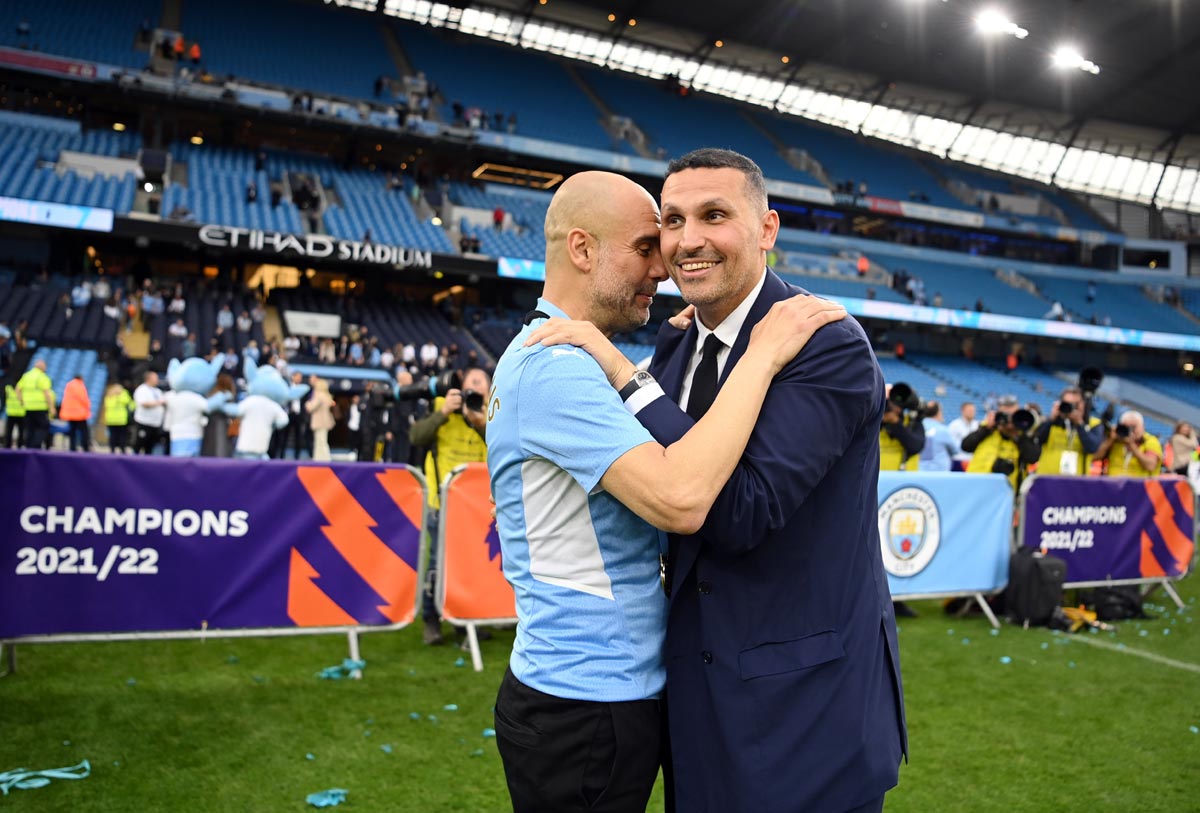 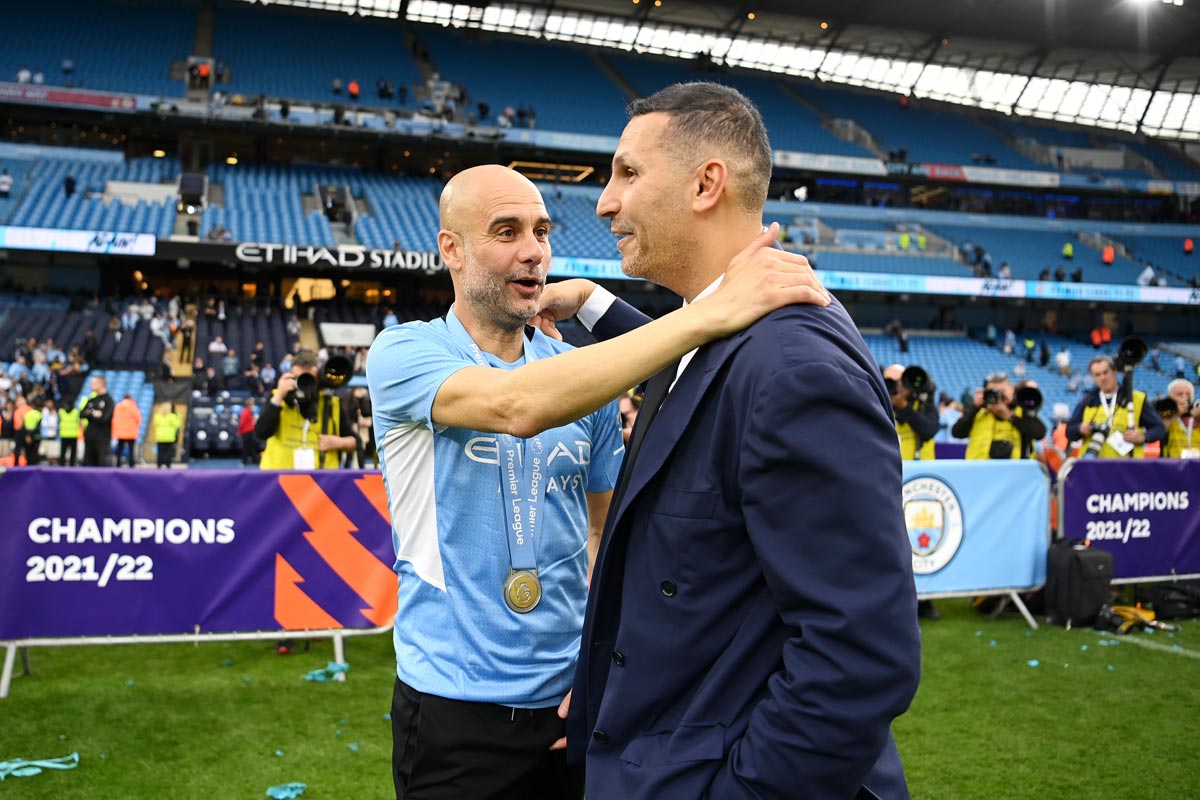 IMAGE: ‘We are legends. When you win the Premier League four times in five seasons it’s because these guys are so, so, special. We will be remembered,’ Pep said after the win.
Photograph: Michael Regan/Getty Images