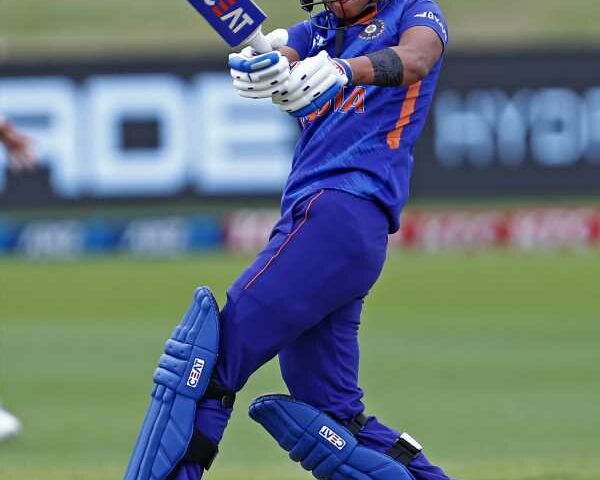 India’s ODI vice-captain Harmanpreet Kaur on Wednesday revealed she was “going into a shell” before the team’s psychologist Mugdha Bavare helped her get “clear ideas” and regain her lost form ahead of the ICC Women’s World Cup.

Bavare is travelling with the team in New Zealand, where the ODI World Cup starts from Friday.

It is the first time that the Indian women’s team has a sports psychologist on tour.

“Mugdha ma’am is travelling with us and she has been of a lot of help especially in the last four games which we played against New Zealand where my performance was not good and even I was going into a shell because the World Cup was coming,” Kaur said during a virtual press conference on Wednesday.

“After I spoke to her I felt I was actually looking for that. I had things in my mind but I was not aware of it because of lot of pressure but after talking to her I got the solutions.

“I got clear ideas after talking to her, those things really helped during the last 2-3 games. I am sure the team is also benefitting from her because I can see she’s continuously talking to all the players, which is very important and that will really help us,” Kaur added.

Bavare is a former national level swimmer and was engaged for the Indian men and women’s wrestling teams, boxers and track and field athletes ahead of the 2016 Rio Olympics. She has also been associated with the Mumbai Cricket Association beside working with ace archer Deepika Kumari in the past.

The 32-year-old Harmanpreet was struggling with the bat in ODIs for quite some time now.

In the just-concluded ODI series against New Zealand, Kaur had scores of 10, 10 and 13 in the first three ODIs before she was dropped for the fourth game.

However, in the final game, she played a 63-run knock and followed that up with a century (104) in the World Cup warm-up match against South Africa.

Last month, skipper Mithali Raj had also said that the team was benefitting immensely from the presence of a sports psychologist during its tour of New Zealand and such professional help is the need of the hour.

Raj had earlier also spoken about the need for a psychologist to deal with the pressure of knockout games.

She had said that with tours now being played in bio-bubbles, professional help is all the more crucial now.