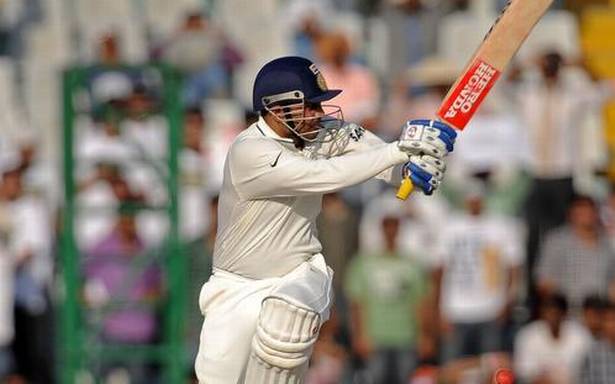 ‘Take guard on middle- and off-stump’ was their advice

Sehwag, who scored more than 8,000 runs in 104 Tests, revealed that near-identical suggestions by the trio early on in his international career were instrumental in him modifying his guard in Test cricket.

“When I came into international cricket, lack of footwork was lamented by many commentators and experts but no one advised a solution. Everyone would just say that you need to improve your feet-movement,” Sehwag said while launching Cricuru, a cricket learning app that he has co-founded along with former India batting coach Sanjay Bangar.

“The only exceptions were Mansur Ali Khan Pataudi, Sunil Gavaskar and K. Srikkanth. They told me moving the feet wasn’t paramount in cricket, what’s important is you play the ball close to your body and below your eyes.

“Especially Pataudi and Gavaskar told me that if you are away from the ball, then it matters whether you move your feet or not. They offered the best advice I received so far: to take guard on middle- and off-stump rather than leg-stump so that you can be closer to the ball even if you don’t move your feet too much.”

Sehwag said along with Bangar and the 33 cricketers — men and women across the globe — that they have got on board for paid coaching modules and interactions with budding cricketers, the app may help players and coaches master the skills and mental aspects of succeeding on the field.

“Had I got this advice earlier in life, I may have played much better cricket and scored more runs.

“Through Cricuru, you’ll get many more such critical tips by veteran cricketers about how to make these minor adjustments.”