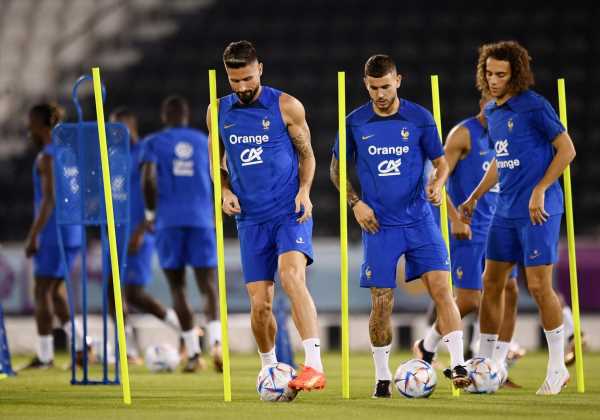 ‘We have to prepare for the game, but also for the environment of the game’

rance will go into Wednesday’s World Cup semi-final against Morocco with the utmost respect for their giant-killing opponents as the defending champions prepare for a hostile reception from the Maghreb side’s supporters on Wednesday.

The French fans will be largely outnumbered by the Morocco supporters at the Al Bayt stadium and Les Bleus know that they will be jeered and whistled throughout.

“They’re benefiting from a huge support, I’ve seen this and my observers have told me about. We know it’s going to be extremely noisy, it’s part of the context and we’ll have to be ready for it,” France coach Didier Deschamps told a news conference on Tuesday.

“Good for them. We have to prepare for the game, but also for the environment of the game.”

Captain Hugo Lloris said: “We’re going to have to be ready for the noise”.

The backing of their fans has been giving Morocco, the first African side in the World Cup last four, extra energy as they beat Belgium, Spain and Portugal on their way to the semi-finals, but France will be ready.

“I admire and respect what they’ve done here, they owe nothing to chance, they finished top of their group,” said Lloris.

“They have a lot of qualities on and off the pitch, in terms of cohesion. The environment will be hostile but we’re getting ready, calmly. We’ll have to be ready to up our level one more time.”

Morocco play a very compact 4-1-4-1 and patience will be key for France, who hope to be the first team to score here against them, as the only time they conceded was through an own goal against Canada.

Their best element should be not forward Kylian Mbappe, who will be deprived of the space he craves, but attacker Antoine Griezmann with his ability to play between the lines.

“Here’s another game where he’d better be good. He’s got this capacity to change the face of the team, with his technical touch, and the fact that he enjoys a good tackle as much as a good pass,” said Deschamps, who expects France to enjoy possession.

Morocco have been very dangerous on the break and quick attacks, but this is precisely how France could hurt them as well.

“We want to have the ball to create danger, but you saw that in our game against Poland (in the last 16) they actually had it more than expected,” said Deschamps.

“We’re as good as Morocco on the break and on fast attacks. We won’t abandon possession, but when we will have the ball we’re going to have to make it count.”

The winner will face either Croatia or Argentina, who face each other later on Tuesday.