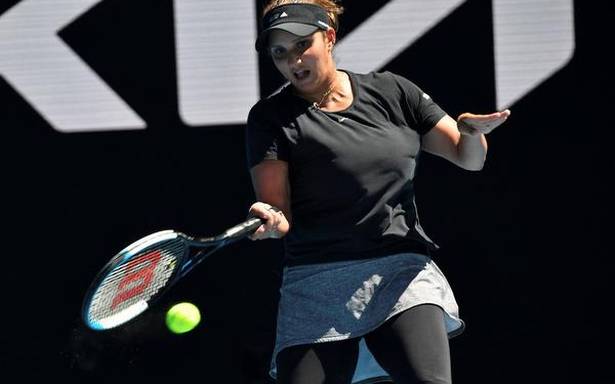 ‘Would have been great if injuries had not hampered singles career’

Former World No. 1 in women’s doubles, Sania Mirza, who announced after the Australian Open that this season would be her last, is all set to play in the Dubai Open starting on February 14. She will partner Lucie Hradecka after original partner Shelby Rogers of the USA tested Covid positive.

For the record, Sania will also play in the Doha Open, starting on February 25.

In an exclusive chat with The Hindu, the 35-year-old veteran from Hyderabad took pride in reminding that she had exceeded expectations and her own goals with her achievements.

“The motivation always comes from within. Or else I wouldn’t have played for so long — 20 years — and still be competing,” Sania said with a big smile.

“Yes, it would have been great if injuries had not hampered my singles career just when I was peaking. Not many might remember that I was ranked World No. 27 in 2007 and was in the world’s top 100 for eight consecutive years in singles,” the six-time Grand Slam winner said.

“May be, if I do well in the next few tournaments, I may well change my decision (with a big laugh). But, at this point of time, my body is not willing and I am doubtful about extending my career,” she said.

Reflecting on her decision to quit, Sania said it was a difficult call but not as simple as waking up and deciding not to play anymore.

“We are all concerned about this. The question has been asked over the last few years, but drawn a blank. I do hope we find the next player to keep the Indian flag flying at all major events, including Grand Slams,” Sania said.

On life after retirement, a visibly content Sania said she would love to spend more time with the family, especially her son Izhaan Mirza Malik and also with players at the Sania Mirza Tennis Academy in Hyderabad.