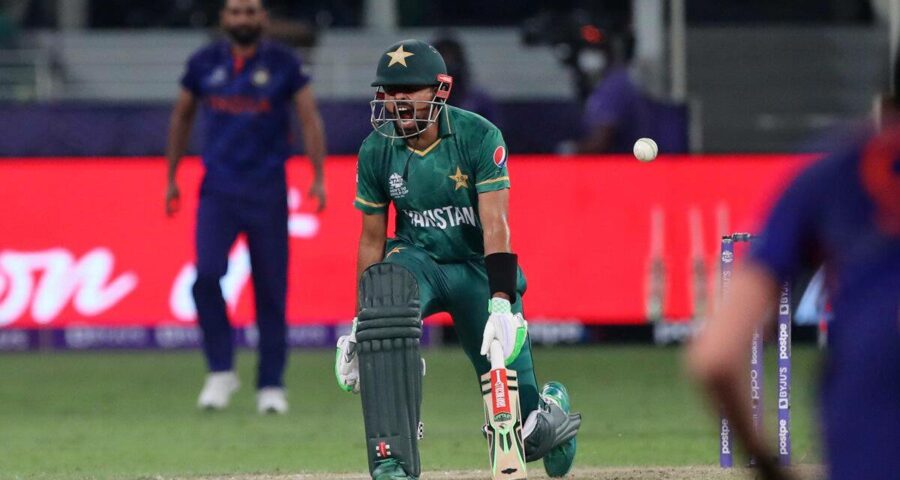 On fast bowler Hasan, who has been weakest link in the bowling department, Babar said the thought of dropping him never crossed his mind. Pakistan captain Babar Azam on Tuesday backed struggling batter Fakhar Zaman and pacer Hasan Ali to come good in the knock out stage of the ongoing T20 World Cup, saying they are big match players. In a virtual media interaction, Babar said he expects both Fakhar and Hasan to return to form in the semifinal against Australia on Thursday.

“You want 11 players to perform? It doesn’t work like that in cricket, three to four players perform in a match,” said the skipper when asked about Fakhar’s low returns in the competition. “Two batters perform in a game. Every player can’t perform in one match. The way Fakhar is playing, he has been given all the confidence. On his day he can change the game on his own and I have full confidence he will do it in the coming games.” Fakhar had scored a match winning hundred against India in the 2017 Champions Trophy final.

On fast bowler Hasan, who has been weakest link in the bowling department, Babar said the thought of dropping him never crossed his mind. “I can’t think of leaving him out. He is my main bowler. He has won us matches, won us tournaments. Ups and downs are part of anyone’s career and when you are little down you must back your key player and the whole team is behind him.

“He is mentally very strong and I believe he is a big match player and will deliver in semifinals,” said Babar. Pakistan, the only unbeaten team in the tournament, has played nothing like the unpredictable tag associated with them for years. They have played as a well oiled machine, winning game after game.