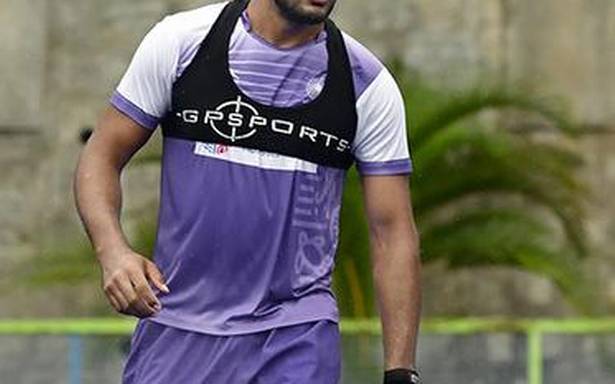 Confident that the Indian hockey team is capable of troubling the reigning Olympic champion Argentina, vice-captain Harmanpreet Singh says they will utilise the tour of the South American nation to build momentum ahead of the Tokyo Olympics.

The 22-member Indian team arrived here last week for the six-match tour against the Olympic champion.

Harmanpreet observed that adapting to the host nation’s style of play will be key to success for the Indian team.

“Argentina’s style of play is slightly different compared to the teams we played in Europe," said Harmanpreet in a release issued by Hockey India.

“We will certainly be using this tour as an opportunity to gather momentum ahead of the Tokyo Olympics. Teams around the world are trying to get as much match practice before the Olympics and we are no different.

“We are grateful to be getting more games under our belt and need to make the most of it. To play the Olympic champions will be challenging but I believe we have the experience and the talent in our ranks to come out victorious,” he added.

He was in fine form during last month’s Europe tour, where the side finished unbeaten in what was its return to international hockey after COVID-forced break.

“We are very happy with the way the Europe tour shaped up for us. Whether in quarantine or back home, the past year we worked hard on our fitness with high-intensity body-weight training in our rooms and I’m glad it paid off,” the drag-flicker said.

“We have also worked on the tactical side of the game as well as our finishing. Hopefully, we can produce more good performances here in Argentina as well.”

Encouraged by the 2-1 win over Argentina the last time they met (in the 2018 Champions Trophy in Breda), Harmanpreet believes India will give the hosts a run for their money in the upcoming matches. He also feels the return of senior players, including skipper Manpreet Singh, had added teeth to the squad.

“I would say we are evenly matched in terms of quality. It is great to have the likes of Manpreet Singh and Rupinder Pal Singh back in the side.

“The presence of senior, experienced players like them, who have seen many highs and lows in their careers, has only boosted the morale of the side,” Harmanpreet said.