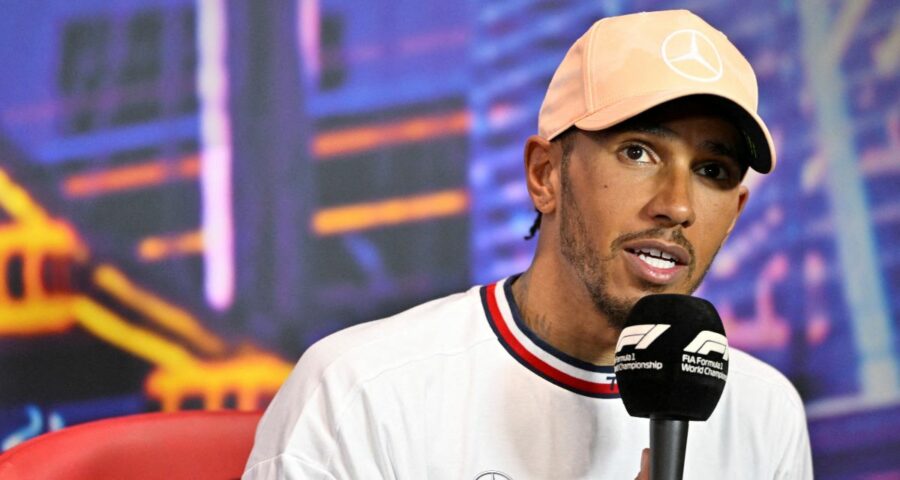 Seven-time world champion Lewis Hamilton on Thursday said he did not plan on retiring from Formula One any time soon.

The Briton, who races for Mercedes, signed a two-year contract with the Brackley-based team last year keeping him at the outfit until the end of 2023 at least.

Speaking to reporters ahead of Sunday’s Japanese Grand Prix, Hamilton said he would race beyond the end of that deal.

“I plan on staying longer,” Hamilton said at the Suzuka circuit, adding he definitely, wanted to remain with Mercedes in some role for life. It’s just not set in stone how long,”

Mercedes team boss Toto Wolff in an interview with Channel 4 that aired over the Singapore Grand Prix weekend said Hamilton, who turns 38 in January, had told him he could go on for another five years. Hamilton said he hadn’t spoken to Wolff about his comments but that it was a possibility.

“I’m feeling good. I love what I’m doing. We have a lot of work to do and a lot to achieve still. So I’m not planning on going anywhere, any time soon,” said the Briton, who made his debut in 2007 with McLaren before moving to Mercedes at the end of 2012.

Hamilton’s run of four successive titles came to an end last year when Red Bull rival Max Verstappen denied him an unprecedented eighth championship on the last lap of a controversial season finale. The 37-year-old is still searching for his first win this year, to add to his record 103-victory career haul, with Mercedes having been caught out by the rule changes introduced this season.

Hamilton, a vocal advocate of environmental causes, human rights, social justice, equality and diversity said his main motivation behind continuing would remain fighting for wins and championships. But he also wanted to carry on so he could continue to make the sport more inclusive.

“There’s a lot of work that still needs to be done in this sport. I can’t retire now, because I’m only just embarking on helping create a more open and inclusive environment here in this sport and I’ve got to stay to help that continue,” said Hamilton.

He called for any teams violating Formula One’s spending rules to face serious sanctions amid speculation, some had exceeded a cost cap last season.

On Monday, the governing FIA is set to issue 2021 compliance certificates to teams who have stuck to the spending rules will be certified while those found to be in breach could be hit with penalties ranging from public reprimands and fines to a deduction of championship points and even exclusion.

“I think it’s imperative, honestly, just for transparency. I think it would be bad for the sport if action wasn’t taken if there was a breach, but I don’t know if there is, so I’ll wait just as you will,” Hamilton told reporters at the Suzuka circuit when asked if teams should be dealt severe punishments for breaking the budget cap rules.

Hamilton did not mention Red Bull by name on Thursday but said he had feared for his championship chances when he saw regular updates being added to “the other car” while Mercedes introduced their last major upgrade at the British Grand Prix in July.

Formula One introduced the budget cap last year, narrowing it from $145 million to $140 million this year and $135 million next season, to rein in runaway spending by the biggest teams and level the playing field.