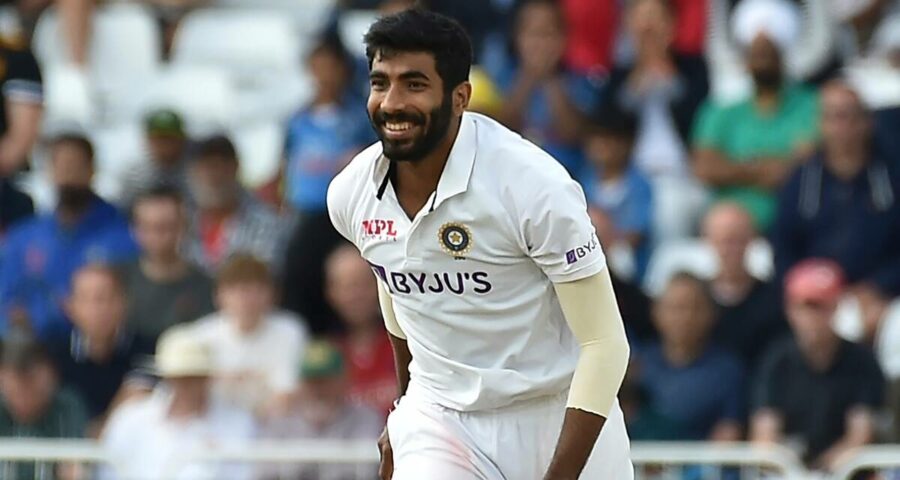 Three-and-a-half years and 101 Test wickets past, the magic, mystery and mystique of Jasprit Bumrah live on. 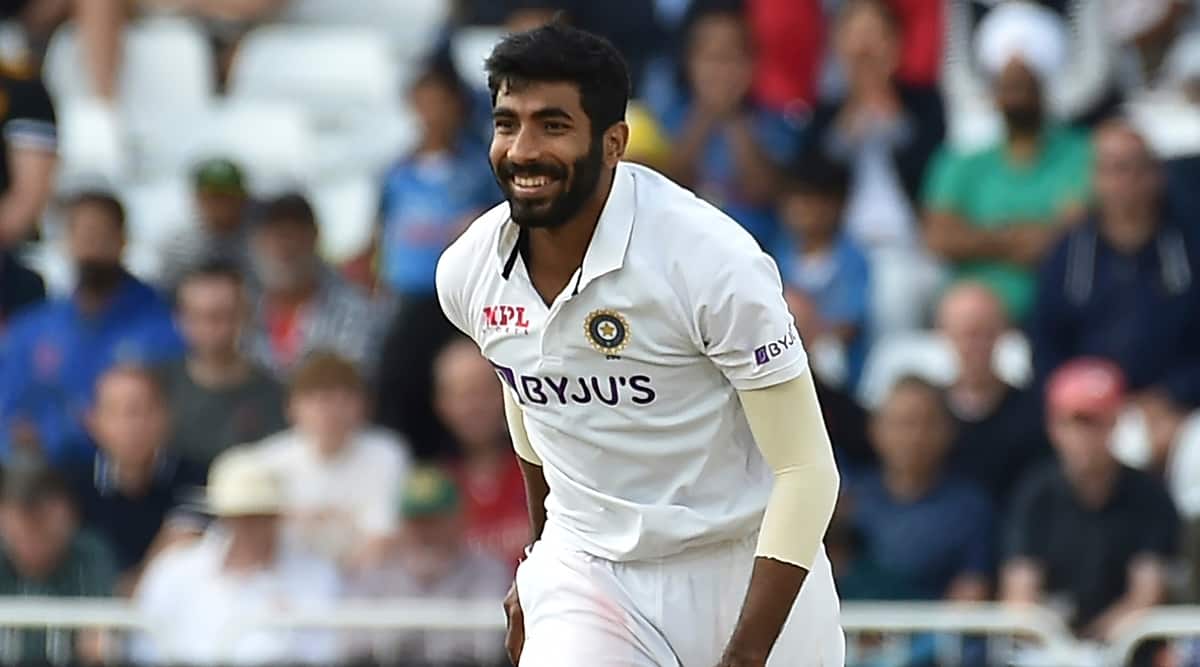 It was as though yesterday, under the towering gaze of the Table Mountain, on a blazing Cape Town afternoon, off his 66th ball in Test cricket, Bumrah snaffled his first Test wicket. Victim No 1: AB de Villiers, with a ball that tailed inwardly off the seam from a good length outside the off-stump, snaking and bursting through the out-stretched willow of the South African.

A dervish grin spread across his face, his arms opened wide.

It was yesterday, on Monday afternoon, three-and-a-half years on, 1,341 days later, under the spinning gaze of London’s Millennium Wheel, beside the River Thames, Bumrah completed a century of wickets.

Victim No.100: Ollie Pope, symbolically, and fittingly, blasted out by a fast in-swinger off a good length. A dervish grin spread across his face again, his arms opened wide again. Between the wickets de Villiers and Pope — not a long time in Test cricket – Bumrah has emerged as the foremost cross-format bowler in the world, undisputedly the best fast bowler India has produced, and could potentially end up as one of the finest in the game’s history.

Between then and now, he has fashioned some of India’s most memorable moments in Test cricket, won hordes of admirers, baptised critics into fans, made fraternal greats drool over his uncanny skills, and legendary batsmen admitting they would rather face some others than Bumrah.

It’s hard to think of a more celebrated cricketer since he wrapped the Test whites around him.

The curiosity and novelty of his unorthodox action have blurred, yet not the wonderment and amusement when he arches into his jittery, eight-step run-up with a ball, red or white or pink, shiny or ragged, in his stiff right arm. A buzz of anticipation bubbles, possibilities begin to brim, time freezes, eyeballs converge into the almost six-footer.

That’s perhaps the most glorious aspect of him — 1,341 days and 101 wickets into Test cricket, he still instils the belief in the audience that they have not seen him fully, or understood him really.

There is only so much contortion a fast bowler could do with the ball, but with Bumrah, there is always a sense of the magical, the unfathomable unfolding. They have seen so much, yet he creates a belief that there is so much more to be seen. For batsmen, just when they think they have understood the craft of Bumrah, he comes up with something different, burns both their ego and morale.

Inviolably, Bumrah at 101 is both about moments and numbers. The body of statistics is incredible. He is the fastest Indian fast bowler to the century-wicket mark, registering the record in a Test fewer than Kapil Dev, but a more revealing record is that no Indian has a lower average (22.45) to reach the mark than Bumrah.

A breakdown of these 101 wickets is more instructive. His wicket logbook feature not some of the contemporary greats, but arguably all-time greats. Joe Root six times, de Villiers three times (in just six duels), Hashim Amla, Alastair Cook and Kane Williamson twice apiece. Only Steve Smith could perhaps brag that Bumrah has dismissed him just once — it though could turn out to be the defining battle of this era, like Sachin Tendulkar vs Shane Warne and Brian Lara vs Glenn McGrath. In each of the countries he has toured, Bumrah has left a lasting impression.

In Australia and England, he has baulked 32 wickets each, at 21.25 and 25.96; in South Africa, he averages 25.21, in West Indies, it plunges to a scarcely believable 9.83. New Zealand had been an exception — he averaged 31 in his only visit, but is likely to be a more destructive force in his next visit.

As staggering as his numbers have been, it has been about the moments too, a highlight reel that could occupy the whole evening. One could list the best, most iconic images, but someone else could come up with more and they wouldn’t be wrong. The Shaun Marsh floater or the Jonny Bairstow pearler? The Faf du Plessis nip-backer or Bairstow away-seamer (in 2018)?

It has been about spells (from hell or fast bowling heaven?) too. Spells that not only thrilled but killed games. The two-wicket burst at The Oval on Monday afternoon — as fast and hostile as any he had bowled — will be remembered for ages, just as 5/7 in North Sound that had the godfathers of fast bowling Andy Roberts and Curtly Ambrose gushing praises, the two-wicket rip-off either side of lunch in Melbourne 2018 with a soft Kookaburra on a dead pitch, or the three-wicket tilt in Nottingham in 2018, changing the tide of the match in 10 balls.

At home in the world

There is a sense of achievement that will grow with the years in just having been there the day Bumrah did that. Suffice to say that no Indian fast bowler — in fact, no Indian bowler —has shaped so many unforgettable moments outside Asia. In matches that India have won outside the subcontinent, he has picked 55 wickets at 15.81, including five wicket hauls in nine games. Kapil Dev could manage just 16 in four games at 19.51, though it is an unfair comparison as he was often a one-man army.

A better comparison is Zaheer Khan, India’s best bowler (before Bumrah) this century. The left-armer plucked 83 at 23.38 in 18 games. But in less than one-fourth of games Zaheer played, Bumrah has picked more than half of his wickets, without ever bowling in Zimbabwe or Bangalore, which account for 43 of Zaheer’s 83 wickets. Likewise, Ishant Sharma has an impressive 82 wickets at 23.07 in 23 games India has won abroad, but apart from in England, his numbers are inferior to those of Bumrah.

The stat-digging is not to belittle the records of Kapil, Zaheer or Ishant — they were incredible match-winners themselves. But just to show how far superior a bowler Bumrah is. The fruits of India’s resurgence as a force outside Asia should be shared equally among the phalanx of their fast bowlers, but more equally to Bumrah.

He has been the driving force, the tour de force. So much so that the history of India’s emergence as an overseas force is the history of Bumrah himself. Both began in 2018.

After conquering Johannesburg on that tour, picking seven wickets in that game, India annexed Adelaide and Melbourne, North Sound and Kingston, London and Nottingham, Melbourne and Brisbane. Barring Brisbane, he has enriched the folklore of each of these storied venues.

It’s been an eventful 101-wicket journey for Bumrah. To think that he might still be closer to the foothills than the peak of the mountain of achievements he could scale only dizzies the mind. The moments and memories he has provided are already worth a lifetime’s. They only blaze brighter. And like with Sachin Tendulkar and Shane Warne, Brian Lara and Dale Steyn, the audience will never tire of watching Bumrah. Rather, the magic, mystery and mystique will only blaze brighter.