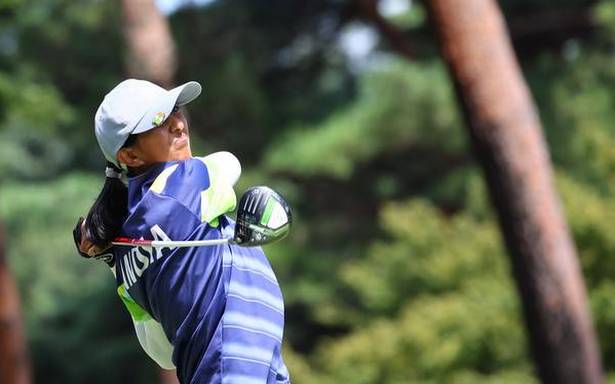 Indian golfer Aditi Ashok carded a three-under 67 in the third round to hold on to the second position and remain in strong contention for the country’s maiden Olympic medal in the sport on Friday.

Aditi was 12-under 201 after three rounds and is the sole golfer in second position, three strokes adrift of leader Nelly Korda of USA who carded a two-under 69 in the penultimate round.

This is Aditi’s second Olympic appearance. She had finished tied 41st in the 2016 Rio de Janeiro edition.